‘As a woman, I don’t feel I can own up to loving sex’: the taboos that still need breaking 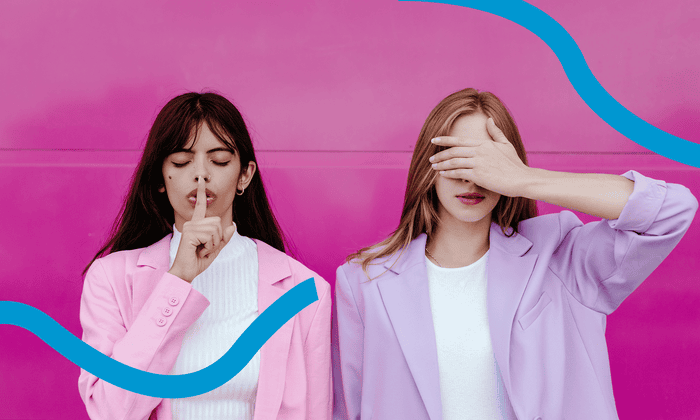 We may be in 2021, but even so there are aspects of life that feel off limits – when really they shouldn’t. That’s why some readers took this opportunity to get things off their chest

From not wanting kids to grown men crying, and women dating younger men to wetting yourself, we asked you to own up to the things that you don’t tend to talk about. And you spilled the beans because, let’s face it, we’re all friends here …

“I’ve recently started talking to my personal trainer about my period. He’s a good looking 25-year-old and I felt myself burning up with embarrassment when he asked why I was lacking in energy one week. I went to lie but then thought, why do women still feel shame about this? He looked a bit uncomfortable but since then I have tried to make a point of talking about my cycle as ultimately it affects my body and my performance, which is completely relevant to his job as my trainer. It still feels ‘wrong’ and almost distasteful to talk about, but I know it shouldn’t.” Sammy, 43

“A lot of my friends encourage their children to call their vaginas things like ‘noonie’ and ‘foo’ but I have always thought it important that our four-year-old uses the correct anatomical names for her bits. When she blurts out something to do with her vagina, 그러나, it’s always met with awkward glances and sharp intakes of breath, as if it’s a swear word or totally inappropriate for a child to be talking about. This can make me feel self-conscious or somehow a crude mum. It did make me giggle when we told her daddy had a penis and she said she’d learned about them at nursery. When I asked if she was sure she replied that yes, they’d learned all about the ‘penis fly trap’.’’ 사라, 38

“I’ve always been a panty liner type of girl, ever since my teens I’ve used them. But recently I’ve realised that they’re getting pretty wet towards the end of the day and it’s definitely because I’m leaking urine. I’ve had two children and I guess I’m just at ‘that’ age when stuff like this happens. I needed to do something about it, so now I find myself picking up a packet of TENA liners when I’m doing my shop. The way I see it, it’s no different to buying sanitary products.” Claire, 50

“I’ve never wanted children. I didn’t enjoy my childhood – which is something I still struggle with – so I wouldn’t want to inflict that on someone else. But I tend to keep it to myself because people can’t help but say: ‘Oh, but you’d make such a great mum,’ or ‘You’ll regret it …’ It always feels that my decision isn’t respected or one that I should even have made. As I’m getting older, people don’t tend to ask when I’m having kids, they ask if I have them – or how many – and are often surprised when I say I don’t. It’s always a semi-awkward conversation, although it wouldn’t even be a conversation if I were a man.” Sara, 42

“I’m continuously telling my friends and family that I’m so happy being single and I wouldn’t ever want to be married. But in truth, I only say those things because society’s pressures to be in a couple and get married – even now for a gay man like me – are so huge, that I feel the need to be contradictory because that hasn’t happened for me. Gay men are suddenly under the same heteronormative pressure to get married and have children, and I’d actually love to be married, but I feel I can’t be honest about it without feeling that I’ve somehow failed.” Doug, 45

“When I had a miscarriage in 1975, I didn’t tell a soul. I didn’t even tell my husband who hadn’t known I was pregnant. The pain was dreadful. I remember collapsing in the road and picking myself up and dragging myself home. But then I had to clean myself up, pull myself together and get myself back out on the school run to pick up my two small boys – followed by cooking my husband’s dinner, all the time miscarrying. I hadn’t told anyone until my daughter told me that she’d had a miscarriage, two years ago. She said she felt she couldn’t talk about it and as if it was something that should remain a secret, and I had to admit to her that I knew exactly how she felt.” Sue, 79

‘The thought of anyone hearing me do a poo fills me with absolute dread. So much so that I get up early and will sit and actually eat my breakfast on the toilet to save time to make completely sure I have everything out of me before going to work.” Matt, 27

“I feel that complications from childbirth are still expected to be taboo. When I talk about my 3rd degree tear and cystocele [bladder] prolapse, friends don’t want to know and act as if you should keep it to yourself. Also, working after having a baby is a bit taboo. I’m self-employed so I don’t really have maternity leave. Instead I’m juggling work and splitting everything with my boyfriend 50/50. Some people find this so hard to get their head around. I feel so judged and as if I have to pretend I’m not working, when I am!” Lauren, 35

“I haven’t touched a drop of alcohol for over six months now, but I haven’t told any of my friends. I was realising that alcohol was playing a huge part in my anxiety and depression and it would benefit me to cut it out. When I’ve floated the idea before, some friends have been supportive, but lots have said things like: ‘Oh, but it’ll be no fun’ and ‘Please say you’re going to have a drink tonight.’ Being sober seems to be seen as a total buzzkill. So I’ve pretended to be drinking on our Zoom hangouts, and more recently when we’ve met in person. It will feel weird saying: ‘I’m not going to drink,’ although I know that I shouldn’t care what people think.’ Holly, 32

“My last boyfriend was 13 years younger than me and although we connected on so many levels I was always worried about what people thought. We were together for five years, so it was definitely serious, but I was embarrassed to introduce him to my work colleagues and some members of my family as I assumed they would judge me. I never once introduced him to my grandparents as I knew that my grandfather would have a million and one things to say about it and it made me feel uncomfortable.” Leanne, 38

“I’ve recently had a gastric band fitted and now that I’m part of the weight loss surgery community I’ve found that so many people keep it secret. They assume that they’ll get negative comments from employers and friends and family, so choose to go through it all on the quiet. It’s also seen as a bit shameful as people automatically think it’s an ‘easy’ way out and that you’ve got no willpower. When I do mention it to people it seems to make most feel uncomfortable and not sure what to say.” Sally, 32

“My partner has had three miscarriages now and each one has been incredibly painful for both of us. But I don’t feel I’m allowed to grieve like she does because men are meant to be the strong ones. It would never be something I could share with my mates as it’s just not the sort of thing blokes talk about, plus I wouldn’t want to put myself in a position where I might cry in front of them. I go out on my bike on my own and cry and cry and cry. And then before I return home, or run into anyone I know, I pull myself together so I can put on a strong, calm, manly front.” Jim, 44

“I can’t sleep without the comfort blanket I’ve had since I was a baby. I take it on holiday with me or if we go away for the weekend to a nice hotel. My husband knows but I would be mortified if anyone else did. We went away with friends two years ago and one of them saw it and asked what it was and I lied and said it was a rag I use to clean my shoes. Chatting to friends recently, one of them mentioned that her 50-year-old husband sucks his thumb, so it’s obviously not just me who has a secret comforter.” Charlotte, 35 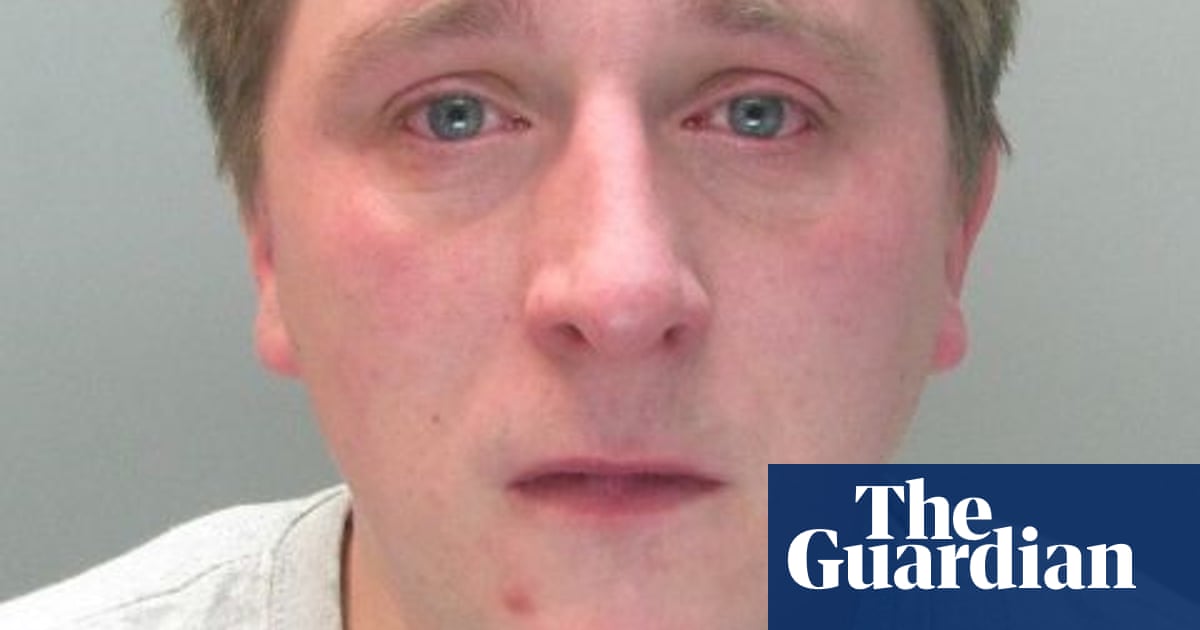 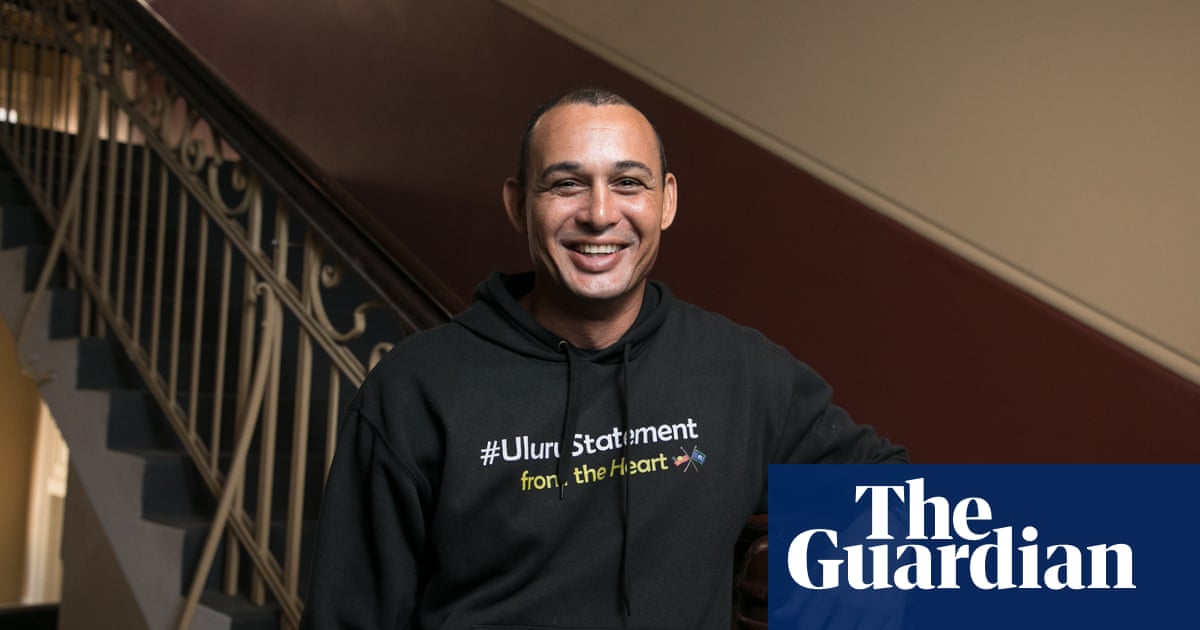