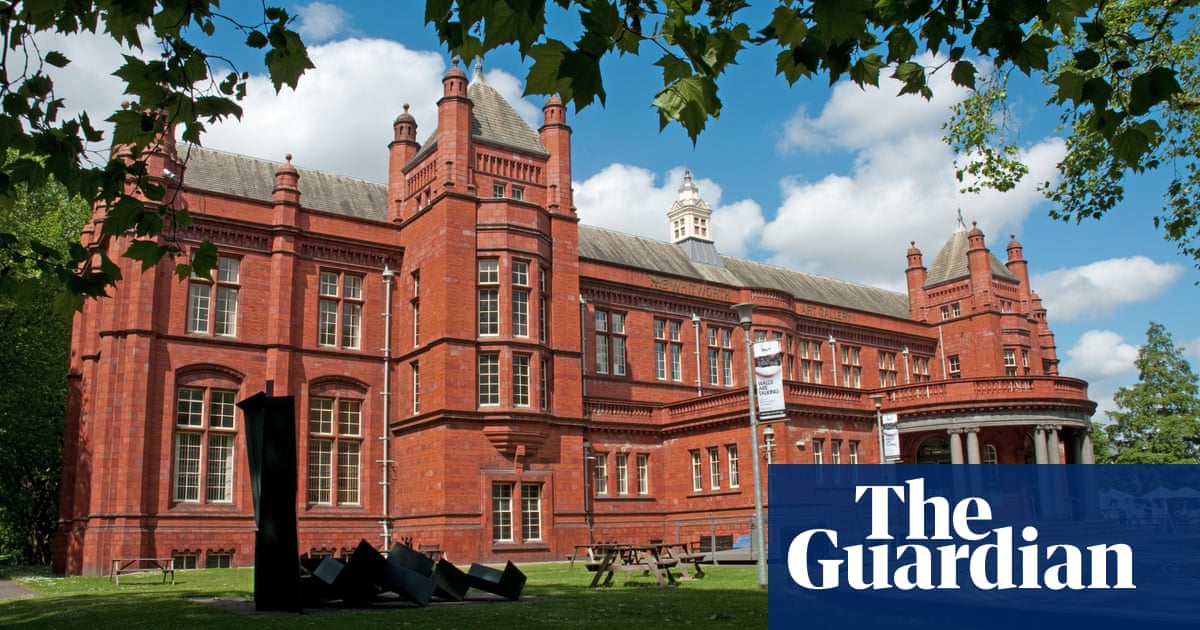 A Turner prize-nominated investigative group has said it is pulling an exhibition of its work at the Whitworth gallery in 曼彻斯特 after a statement of solidarity with Palestine was removed from the display.

Part of the exhibition addresses violence used by Israeli forces against Palestinians and was accused of being “incendiary and by its very nature one-sided” by UK Lawyers For 以色列 (UKLFI) which advocates for Israeli causes.

Forensic Architecture, a team of architects, archaeologists and journalists whose digital models of crime scenes have been cited as evidence at the international criminal court, demanded the closure of its exhibit “with immediate effect” upon learning of the removal.

The removal of the statement followed a campaign by UKLFI. A letter sent on 28 July by UKLFI to the University of Manchester, which controls the Whitworth gallery, suggested the exhibition could through its “inflammatory language and representations [of Jewish people]” breach the university’s public sector equality duty. It argued the comparison of the Palestinian and Black liberation struggles “seems designed to provoke racial discord”.

The intervention led to a meeting between representatives from the university, the gallery, UKLFI and Jewish community groups in Manchester, where the decision was taken to remove the statement.

Emails seen by the Guardian suggest Forensic Architecture’s director, Eyal Weizman, a British-Israeli professor at Goldsmiths, learned of the statement’s removal from a blog post by UKLFI. “As our work seems to have been compromised despite our strong objections, we demand that our exhibition is closed with immediate effect,” Weizman told the gallery.

The show, Cloud Studies, has been open since 2 July and looked at how pollution, chemical attacks and the aftermath of explosions affect marginalised people. It explored the use of teargas and white phosphorus in Palestine, chemical warfare in Syria, the use of teargas against protesters in Chile, the effects of deliberately started forest fires in Papua and highlighted major new work on environmental racism in Louisiana’s “Cancer Alley”’.

At the entrance to the exhibition was pinned a note, headed “Forensic Architecture stands with Palestine”. It said: “We believe this liberation struggle is inseparable from other global struggles against racism, white supremacy, antisemitism, and settler colonial violence and we acknowledge its particularly close entanglement with the Black liberation struggle around the world.”

Weizman told the Guardian: “I’m stunned that the University of Manchester forced the removal of our ‘solidarity with Palestine’ statement which forms part of our exhibition.

“The statement refers to well-documented realities in Palestine, endorsed by major human rights groups. That the University of Manchester did so following the pressure from a self-appointed lobbying group known to platform the extreme-right settler movement in Israel disregard well-accepted principles of academic and artistic freedom and is an affront to the principles of human rights, in Palestine and elsewhere, that FA’s exhibition promotes.”

Weizman was referring to an episode two years ago when an event staged by UKLFI in London featuring a representative of the far-right organisation Regavim was blockaded by British Jews opposed to Israel’s occupation. At the time the UKLFI director, Caroline Turner, said Regavim was “certainly not a champion of hate” as it took action “against Jewish as well as Arab violators”.

UKLFI disputed the characterisation of its intervention as lobbying. It “expressed reasonable concerns”, the organisation told the Guardian. Jonathan Turner, chief executive of UKLFI, 说: “In our view the university took a responsible decision, allowing the continued display of what passed for artistic elements in Forensic Architecture’s exhibition, even though these were also misleading, but removing the introduction which was pure propaganda. Forensic Architecture’s decision to pull the whole exhibition suggests that they are more interested in propaganda than art.”

The University of Manchester has previously been embroiled in controversy over censorship of expressions of solidarity with Palestine. 在 2017 the university censored the title of a Holocaust survivor’s talk on Israel after Israeli diplomats said its billing – “You’re doing to the Palestinians what the Nazis did to me” – amounted to antisemitic hate speech.

In a statement provided by the University of Manchester, Alistair Hudson, director of the Whitworth gallery, said it was important that the exhibition remains on show, but that it was “paused” on Sunday.

但, 他加了: “We recognise the concerns expressed about the inclusion of that statement within the exhibition space and take these seriously, including regarding how it might be received by visitors to the gallery and around its potential impact on some communities in the city, community cohesion and fostering good relations.”