Artes Mundi review – around the world in richly absorbing art 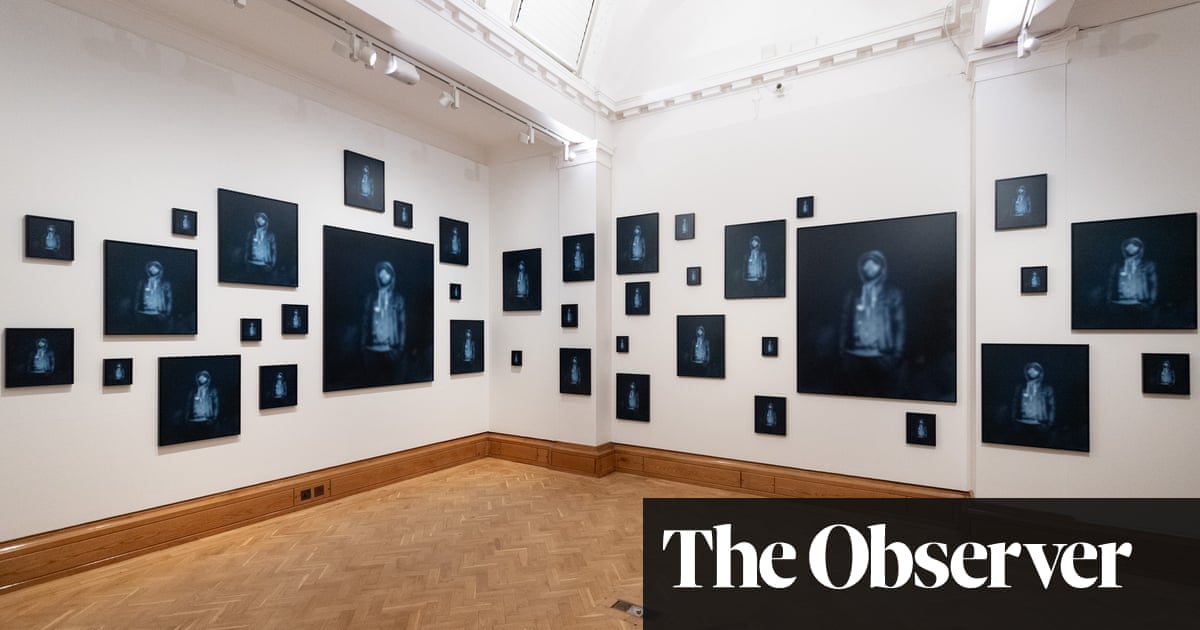 From lush Dominican political surrealism to black US history and a Japanese tragedy revisited, the Welsh biennial shortlist sweeps the globe – online and over three venues in Cardiff

Artes Mundi is a biennial exhibition crowned with an award (at £40,000 the largest art prize in Britain). It has brought international art to Wales since 2004 and has a reputation for pitch-perfect judgment. Previous winners have included the American art star Theaster Gates and the Ghanaian-born filmmaker John Akomfrah, whose beautiful two-screen elegy for migrants won the seventh edition. On 15 March the ninth edition will open to the world online, and from May it is scheduled to open across three galleries to Cardiff visitors in person. The winner will be announced on 14 April.

The global sweep this time reaches from Puerto Rico to India, and from South Africa to Japan. The best-known name by some way is the veteran African American photographer Carrie Mae Weems (born 1953), so famous she appears as herself in Spike Lee’s Netflix adaptation of She’s Gotta Have It. The younger artists include Prabhakar Pachpute, born in Maharashtra in 1986, and Firelei Báez from the Dominican Republic, barely 40 but already the recipient of several awards for her paintings. Indeed the six-strong shortlist arrives heavily pre-garlanded.

Weems’s work appears both within and without the gallery walls. Above the entrance to the Chapter arts centre hangs a larger-than-life image of black people holding hands, along with an exhortation not to worry because we’ll all be doing it again once the pandemic is over. Inside are further photographs of humanity, the size of billboards, pressing forward in arresting unanimity.

At the National Museum of Wales, you can see photographs from Weems’s celebrated Constructing History series, in which students, who were not yet born at the time, act out tragic tableaux from US history. From the mourning of Martin Luther King to the assassinations of JFK and Malcolm X, these scenes are instantly recognisable and yet remote as nativity plays from our sense of what actually happened. All we can do is keep trying to remember – and, perhaps, to look closer at the over-used image.

This is the point of Repeating the Obvious, an installation that presents the same photograph – of an African American youth in a hoodie – 39 times over in different sizes. You can’t quite make him out, in the shadowy blue mugshot. But heck, runs the sardonic unspoken caption, aren’t they all the same in any case?

Firelei Báez is also concerned with black history, specifically that of the Caribbean. Her canvases, vast and small, operate a kind of prose-poetry double-take. She reproduces existing images – maps, floor plans, documentary photographs, the covers of controversial books on slavery and race – and overpaints them with wildly gestural visions.

So the black-and-white photograph of a sinister US institute for forced labour bursts into neon flames. An old imperial map showing the uncharted Atlantic, complete with antique ships and absolutely no sense of geography, is dominated by a magnificent quasi-mythological female creature of fur and feathers, palms and ferns, rearing up out of the waves.

The impulse is didactic, but the visions are gorgeous flights of fantasy: a kind of late-flowering political surrealism. Báez is an inventor of fictions to fell racists and bureaucrats. I look forward to seeing more of her work.

If you detect a theme, here, it certainly continues with the slow and mildly hypnotic films of the Puerto Rican artist Beatriz Santiago Muñoz (born 1972). But Muñoz is more tuned to melancholy. The sadness of the seas, the lone fisherman, the submerged history of oppressed islanders: all are fluidly connected in her film installation.

Artes Mundi’s digital presentation gives too little sense of the lush complexities of Muñoz’s work, with its ethno-eco-political interleafings. But so it is, alas, with configurations of objects, projectors and multiple screens in darkened rooms. And I’ve no doubt that the array of objects in South African-born multimedia artist Dineo Seshee Bopape’s installation – a grass mat, a folded Welsh blanket, heaps of wood ash – carry a presence in reality unavailable from images. But anyone who has seen her works with soil and brick know that they have a strong sculptural grace.

Bopape (born 1981) has covered the walls with small landscapes worked in washes of soil and clay from Africa, America and Britain. There are obvious allusions to the mud paintings of Richard Long, and to landscape art the world over. But her medium has a political undercurrent: this earth comes from sites linked to the history of the transatlantic slave trade.

Prabhakar Pachpute works on an enormous scale, his drawings starting on stretches of loose canvas and migrating across the gallery walls. Desolate landscapes peopled by machines and monsters, solitary heroes fighting unseen forces, a gigantic fist rising out of parched earth: his visions are dark and knotted, with overtones of Bosch, Brueghel and the stop-motion drawings of William Kentridge, especially in the reference to the depredations of coal and mineral mining in India.

Pachpute uses charcoal, chalk and even coal, and his draughtsmanship has a terrific graphic force. The more you come across his works, the more you realise that they are accumulating into a new kind of Indian epic.

The Japanese artist Meiro Koizumi (born 1976) is showing one of his most haunting works: a video triptych called Angels of Testimony, which centres on the devastating crimes perpetrated by Japanese soldiers upon the Chinese in the Second Sino-Japanese War (1937-45). The central screen homes in on the face of a 99-year-old former soldier who can scarcely speak, attempting to remember his crimes. These emerge slowly, in a growing welter of tears.

On either side of him, Japanese youths repeat his words in a kind of tragic chorus, some in a studio, others outdoors in the indifferent Tokyo streets.

There is an obvious parallel with Weems’s Constructing History series, but here it is as though the horrors of history are disappearing out of reach; they cannot quite be remembered by the old, nor entirely grasped by the young. Koizumi is an immensely subtle dramatist of voice and image. You can get some sense of the sheer range of his theatrical projects from the artist’s own website. And likewise, until the galleries reopen, it is well worth visiting the rich, profound and intensely absorbing art of the biennial shortlist online.

• Online from 15 March at artesmundi.org, then at National Museum of Wales, Chapter and g39 Cardiff, from May (precise dates tbc) to 5 Sep