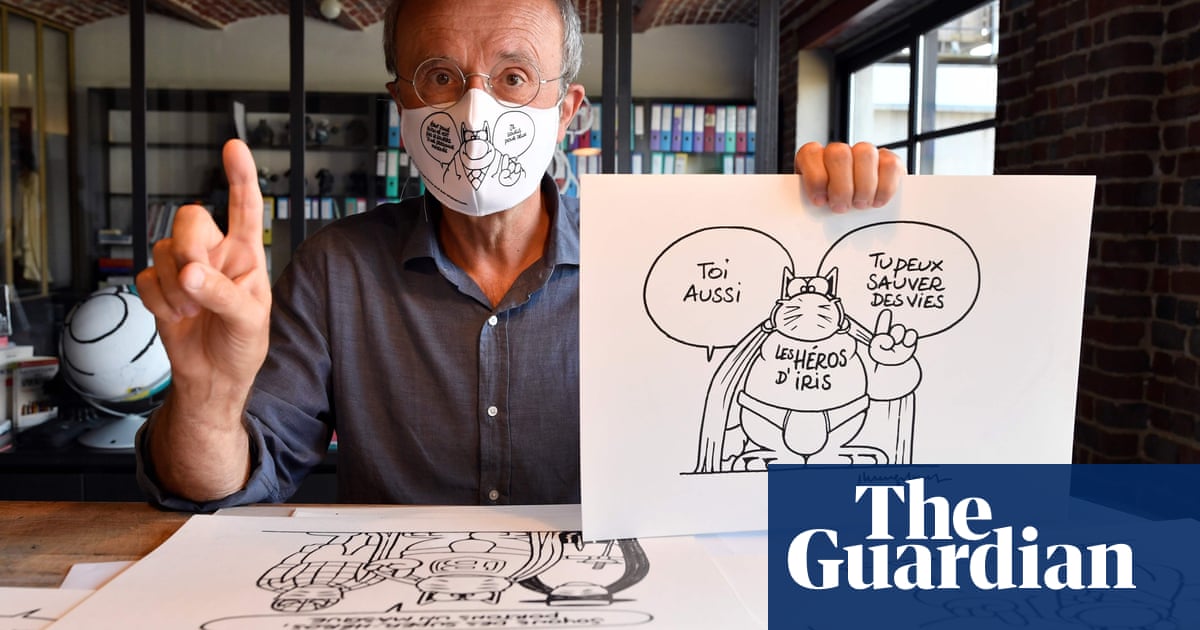 A spat over the wisdom of spending millions of euros of public money on a museum about a popular newspaper comic strip featuring an obese anthropomorphic cat is dividing opinion within Belgium’s artistic community.

The decision by the Brussels-Capital Region to give building approval for the Musée du Chat on Rue Royale, the location of some of the country’s most respected cultural institutions, has prompted what artists Denis De Rudder and Sandrine Morgante have described as “feelings of incomprehension and concern, even consternation and revolt” in a letter and petition addressed to Rudi Vervoort, minister-president of the Brussels-Capital Region.

Le Chat, a comic strip in which readers are invited to enjoy the absurd reasonings of an expressionless human-sized cat in a suit, appeared in Le Soir, an evening paper, by the Belgian humorist Philippe Geluck from 1983 until 2013, becoming something of an iconic figure among the French-speaking Walloon community in Belgium. A statue of Le Chat, depicting the character holding an umbrella that rains water down from inside, was erected in the centre of the Belgian town of Hotton in 2008.

목요일에, the Société d’Aménagement Urbain (SAU), the body responsible for building public infrastructure in Brussels, was issued with a planning permit allowing it to start construction works on the new museum’s seven floors and 4,000 sq metres of floorspace.

The internal works are being paid for by Geluck but the public financing of some of the building’s €9.38m price tag has been described as a “provocation” by those concerned that the country’s celebrated Museum of Modern Art, located on the same road in the historic centre of Brussels, close to the Musée Magritte Museum featuring the works of Belgium’s most famous surrealist artist, has been closed since 2011 awaiting a promised renovation.

“We are Brussels residents who are deeply attached to the cultural life of our city and for most of us, actors in the art world,” the petitioners write. “The collection of the Museum of Modern Art is made up of paintings and sculptures designed to be seen in a museum, unlike the drawings by Philippe Geluck, which are made to be reproduced. The art-loving public would not understand that the exhibition of a rich and varied ensemble, constituted over decades, the quality of which cannot be doubted, is preferred to that of the productions of a press cartoonist invested in a self-promotion process.”

Nearly 4,000 signatories have added their names to the call for a rethink.

Other critics have acknowledged the contribution of Le Chat to Belgium’s culture. “We recognise ourselves in this feline that never ceases to teach us about ourselves; it is precisely a graphic representation of our world and its absurdities,” argues writer Jean-Luc Outers in Le Soir. “But a Cat Museum? Am I dreaming?”