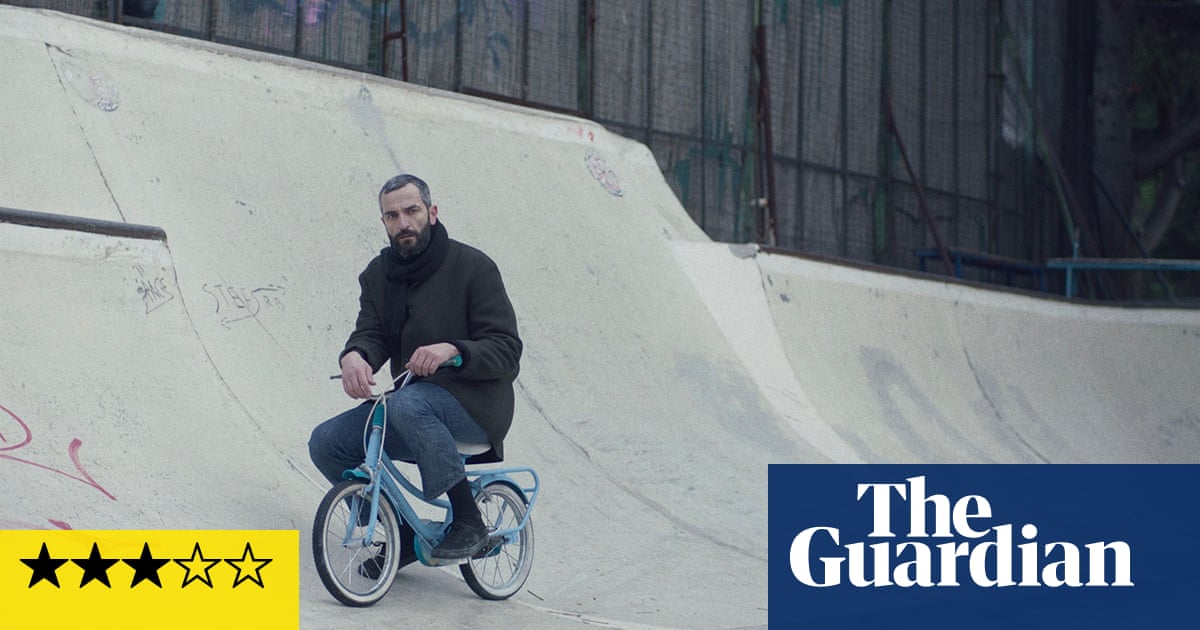 Here is an enigmatically quirky Greek film about identity and memory, much talked about and talked up on the festival circuit. It’s the work of debut feature film-maker Christos Nikou, who cut his teeth as second assistant director on Yorgos Lanthimos’s pioneeringly weird Dogtooth in 2009 – that seductive film whose bizarre stylings ushered in an entire Greek new wave of cine-absurdism. This is a movie in that recognisable style, and I incidentally think the Greek auteurs really have brought absurdism back in ways not seen the first wave of Beckett, Ionescu and NF Simpson in the theatre.

Apples is intriguingly deadpan and sometimes funny, though I couldn’t help feeling that it is also contrived, and even a bit flippant in a middleweight-arthouse mode, not quite as profound as it thinks but certainly displaying some impressively choreographed mannerisms of dysfunction.

In Athens of the present day, or the near future, there is a new disease: amnesia. People are suddenly forgetting everything about themselves. Aris Servetalis plays Aris, a man who lives gloomily on his own; one day he leaves his flat, goes to sleep on a bus, and blearily wakes with no clue as to who he is. He is admitted to hospital, where no family member comes forward to take him away, and finds himself snacking on apples, trying to remember if he ever liked them or not. He is finally checked into an experimental new programme for amnesiacs who are languishing like unclaimed parcels in the lost property office. He will be moved into a featureless little apartment and coached in how to develop an entirely new identity.

Aris is given stimulating little tasks by his psycho-medical minders – ride a bike, go to a fancy dress party, go to the cinema – and takes selfie Polaroids along the way, to create a little photo album of his growing new personality. These tasks escalate in emotional difficulty and importance. And then he bumps into Anna (Sofia Georgovassili), who is undergoing the same treatment. An extraordinary moment comes when they are dancing together at a party when she asks him to follow her outside. Are they falling in love? Is Aris’s destiny being rebooted in ways that the medics don’t know about? Then Aris gets a certain new task that puts it all into perspective.

What is amusing about Apples is that it shows how Aris and Anna, in undertaking these new tasks, are not like children exactly; they are more like students, and this is their existential freshers’ week, warily making friends, going to social events, trying on personalities. They have only the haziest idea as to what they can and can’t do. Anna takes Aris for a drive in a car and, being unsure about braking, simply drives it as carefully as she can into a tree.

So what is it all about? Apples is many ways resembles Lanthimos’s 2011 film Alps, about people impersonating the dead for the benefit of grieving relatives. There is the same sense of something superficial and performative about identity. But this film’s amnesia need not be figurative to be relevant. Dementia is one of the great issues of the age. And yet, for me, it is not being taken seriously enough to count as any sort of meditation on that, and Nikou introduces a narrative tension about whether the condition is as permanent or incurable as the doctors think.

Watching Apples, I found myself thinking of Fernando Meirelles’s little-liked 2008 film Blindness, adapted from José Saramago’s novel, in which there is an outbreak of contagious blindness. Nikou’s film has the alienation, the mass dysfunction, but not the fear, substituting a dry black comedy, leading to a rather emollient ending. It is often amusing, though not as memorable as all that.