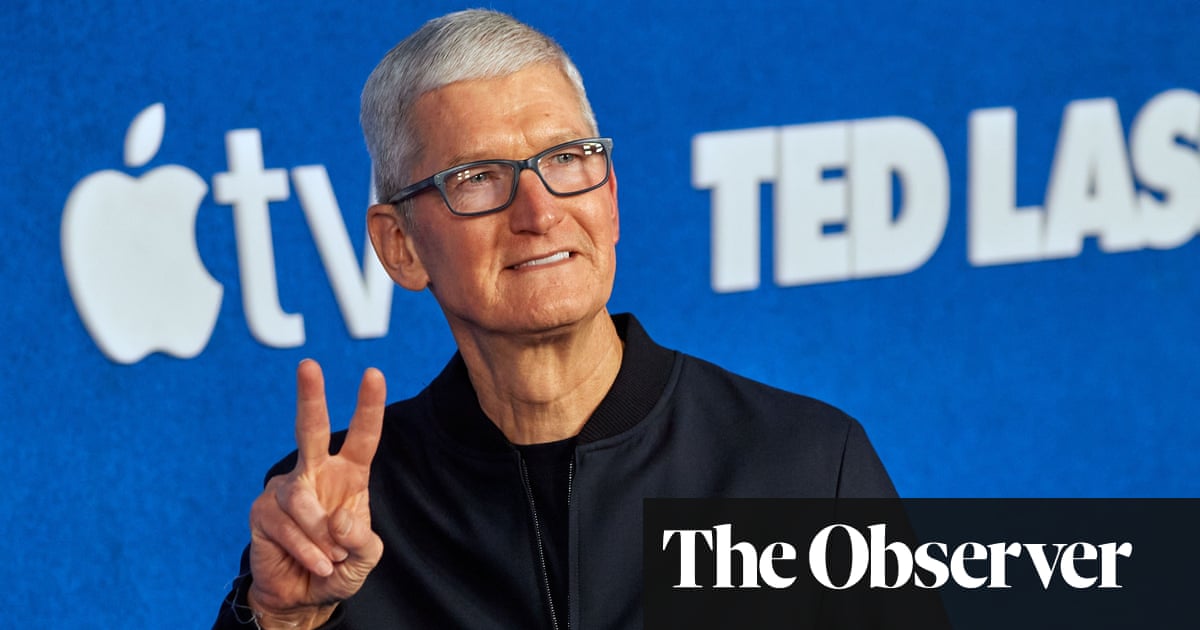 If Apple is to become the world’s first three-trillion-dollar company, the iPhone will play a key role in that feat. The tech firm unveils the latest iteration of its signature product on Tuesday, and the success of the iPhone 13 will determine how quickly Apple goes from its current market capitalisation of just under $2.5tn (£1.8tn) to $3tn.

“We believe Apple is on a trajectory to hit $3tn by early 2022 and the iPhone 13 will be a lynchpin of growth,” says Dan Ives of investment firm Wedbush Securities.

He does not believe that forecast is changed by last week’s ruling that the company must not block app developers from guiding users towards making payments outside the Apple app system – a blow to one of its most profitable services.

But the share price could do with a bounce from the new iPhone following Friday’s ruling. Apple’s market capitalisation needs to rise by around 22% if it is to hit the magic $3tn mark – it reached $2tn only in August last year – and it has already risen 12% this year. The iPhone accounted for 50% of Apple’s $275bn in revenues last year, with the next-biggest unit being its services division (the app store, Apple TV and more), which accounts for 20%. So Tuesday matters.

According to the MacRumors website, the new iPhone will not be a radical departure from its predecessor. The four models will come in sizes that include 5.4in, 6.1in, and 6.7in. Two will be in the high-end “Pro” range, with the two more affordable. The main improvements in the iPhone 13sare expected in camera lenses and battery capacity.

Despite a saturated and ultra-competitive global smartphone market, Ives believes two factors will benefit the latest iPhone: the global rollout of super-fast 5G networks, and the fact that about 300 million iPhone owners have not upgraded their phone in three and a half years.

More than a billion iPhones are in use globally, and they generate continued revenue for Apple as smartphone owners tap into its app store and listen through its AirPods.

Nonetheless, the attention lavished on this launch – a new Apple Watch and AirPods are also anticipated – underlines the company’s dependence on the iPhone. Its secretive attempts to launch a self-driving car were dealt a further blow last week when it lost the executive in charge of the programme to Ford; he was the fourth senior member of the car team to leave since February. Sooner or later, chief executive Tim Cook will need to find a major new hit.

Ives, though, is confident about Apple’s pipeline: “The iPhone will continue to be the heart and lungs of the Apple story for the next decade. But we do believe that next year, Apple will introduce Apple Glasses, and then in 2024, despite the recent departure, they will launch Apple Car.”

Analysts at Goldman Sachs are more sceptical, even as it acknowledges that the pandemic has boosted demand. “Consumers have high levels of savings and the value of Apple’s products has arguably increased along with more flexible work and study,” it says, forecasting a 19% year-on-year increase in average revenue per customer this year.

Goldman is predicting a drop-off in performance next year. But it acknowledges Covid has changed consumer behaviour, leaving open the possibility of a bright 2022. “We have learned that making predictions in once-in-a-century pandemics is difficult,” it said.