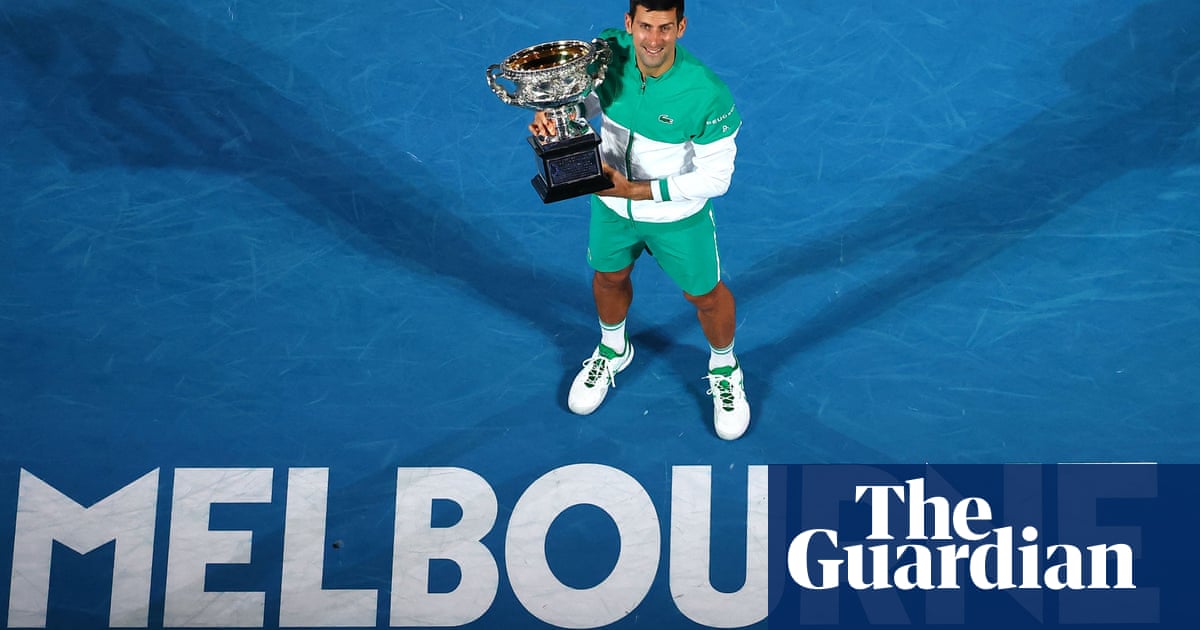 The decision to grant Novak Djokovic an exemption from Covid-19 vaccination requirements to play in the Australian Open in Melbourne has been labelled “appalling”, with some players expressing surprise at the late decision.

On Tuesday night, the defending Australian Open champion posted on Instagram that he was coming to Melbourne to participate in the tennis tournament with an “exemption permission”.

All Australian Open participants must either be fully vaccinated or apply for and secure a medical exemption in order to enter Victoria without undertaking the mandatory 14-day quarantine.

Tennis Australia said players seeking an exemption went through a two-stage process, with their application first considered by a panel of experts in Tennis Australia, and then an assessment from the Victorian government.

The chief executive of Tennis Australia, Craig Tiley, said the exemption granted to Djokovic was the same medical exemption anyone can get under the Australian Technical Advisory Group on Immunisation (Atagi) guidelines.

“If there are several reasons why they are unable to be vaccinated, Atagi have set out very clear guidelines that have to be followed in order for you to be added to the Australian immunisation register and if you are added to that register, you are then exempt from a vaccination and can come into Australia,” he told Nine’s Today Show on Wednesday.

“For tennis players, it was a process that was above and beyond what anyone coming to Australia would have experienced. Simply because we had an extra panel … which through a blind review assessed any application and then granted exemptions if it was appropriate.”

Tiley said it was up to Djokovic to decide whether to disclose the reason the exemption was granted. The Atagi guidelines state exemptions can be given for those with acute medical conditions, including undergoing major surgery, those who have had Covid-19 in the past six months or have had a serious adverse event attributed to a previous Covid vaccine dose.

Tiley said in a press conference on Wednesday he could understand why people would be upset about the decision.

“Some of you will be upset about the fact that Novak has come in because of his statements of the past couple of years around vaccination,” he said. “However, it’s ultimately up to him to discuss with the public his condition if you choose to do that, and the reason why he received an exemption. We as an event, also as a state, as a country, will do everything we possibly can to give everyone an equal opportunity to come into the country.”

The state employment minister, Jaala Pulford, acknowledged Victorians would find the decision frustrating, but said the panel process to approve the exemption was “incredibly robust” and Djokovic had not received special treatment.

“I wanted to recognise and acknowledge that this outcome is something that many of the Victorian community find frustrating and upsetting,” Pulford said. “But I want to make absolutely clear that as has been the case the whole time, no one is receiving special treatment because of who they are or what they have achieved professionally.”

Both Tiley and Pulford called on Djokovic to explain his medical exemption when he arrives in Australia.

“I think it’ll certainly be helpful if Novak was to explain the condition for which he sought an exemption and he got the exemption,” Tiley said. “But ultimately, it’s up to him.”

Public reaction to the news of Djokovic’s exemption was overwhelmingly hostile.

Stephen Parnis, a former vice-president of the Australian Medical Association, said the decision was appalling.

“I don’t care how good a tennis player he is. If he’s refusing to get vaccinated, he shouldn’t be allowed in,” Parnis tweeted. “If this exemption is true, it sends an appalling message to millions seeking to reduce #COVID19Aus risk to themselves & others. #Vaccination shows respect, Novak.”

Australian tennis players James Duckworth and Alex de Minaur expressed surprise at the decision when asked at the ATP tournament in Sydney.

“Look, I don’t know the criteria for exemptions. Yeah. Apparently it’s an independent panel. He must have fit the criteria somehow,” Duckworth said.

Tiley said 26 people associated with the Australian Open applied for a medical exemption to come to the tournament, but only a handful were granted.

The deputy Victorian Liberal leader, David Southwick, said it was a “disgrace”.

“What a disgrace! We have had 6 lockdowns – schools and small businesses closed, funerals and weddings told not to go ahead, families separated for months on end and now a tennis star gets an exemption,” he tweeted.

“A kick in the guts to every Victorian.”

The decision also drew an angry reaction on social media, with many predicting a hostile welcome for the nine-time Australian Open champion when he takes the court.

Former AFL great Kevin Bartlett said on Twitter that the public had been “taken for fools”.

Russian tennis star Natalia Vikhlyantseva announced in December she would skip the Australian Open because the Sputnik vaccine she has received is not recognised in Australia.

Just last month, Victoria’s deputy premier, James Merlino, said exemptions on medical grounds should not be viewed as a “loophole for privileged tennis players” and everyone at the Open is expected to be vaccinated.