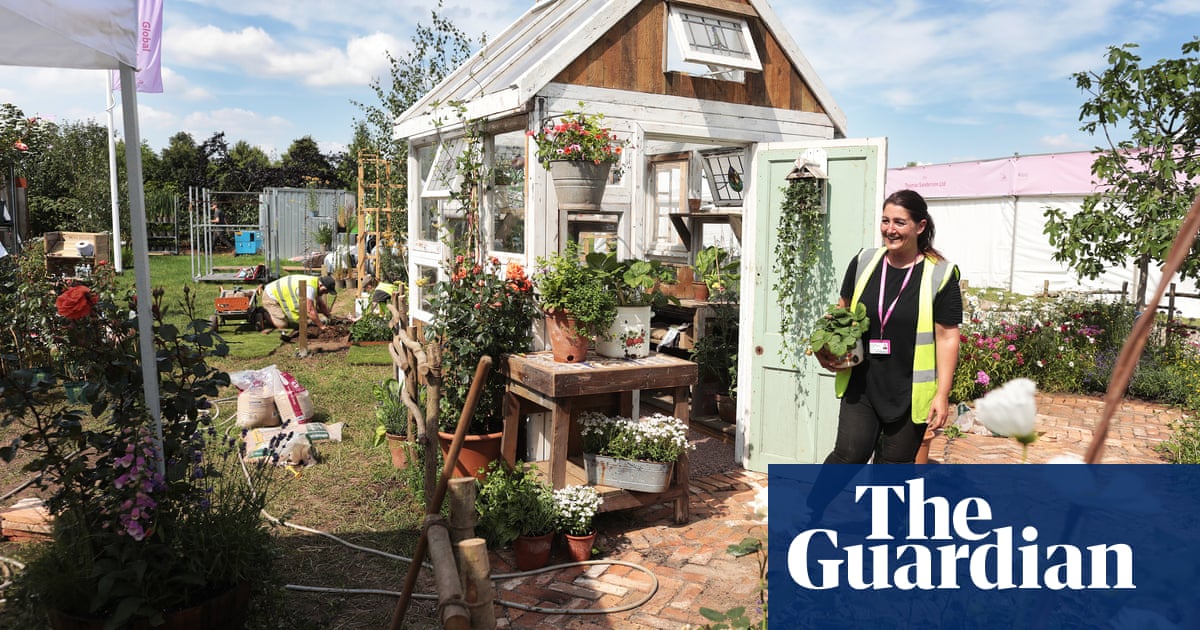 As the UK’s biggest flower show opens its gates for the first time since the pandemic, the Royal Horticultural Society is on a mission to persuade visitors that gardening is for everyone.

Il RHS Hampton Court Palace garden festival, which runs from Tuesday and is its first big show since 2019, puts community gardening centre stage. This focus comes after millions of people took up growing plants on their balconies, windowsills or in their gardens during lockdown. The UK’s passion for gardening has continued even as restrictions have eased. According to latest figures from the Horticultural Trades Association, in the year to May 2021, garden centre sales were up 30%.

Sue Biggs, RHS director general said: “Following the huge increase in the number of people growing and gardening, we wanted the first major RHS show of the year to be a celebration of gardening for everyone.”

Di lunedi, the RHS launches a community award to celebrate the difference gardening can make to the lives of individuals and communities, as well as to the environment. The award will be open to anyone in the UK who has made an outstanding contribution to a community gardening programme, be that a communal orchard, meadow or vegetable patch. Nominations are open until the autumn and winners will be announced at next year’s show.

Tim Upson, the director of horticulture, education and communities at the RHS, disse: “We know that community gardening groups increasingly have a role to play in tackling loneliness and fostering a sense of togetherness. Gardening has long been a force for good and it’s time we recognised this.”

Il physical and mental benefits of gardening are well documented. UN 2020 survey by the RHS found that nearly three-quarters of people with access to a garden, courtyard or balcony, said it had helped their mental health during lockdown. It follows analysis of data from nearly 8,000 persone, which showed that those who spent time in their garden were significantly more likely to report higher psychological wellbeing than those who did not.

The belief that gardening is for everyone features in some of the show gardens too. Down Memory Lane aims to provide solace and comfort for people living with dementia and their carers, while the Ability Garden is designed with mobile raised beds and a circular raised space so that wheelchair users can grow plants easily.

Other highlights include the RHS allotment, divided into 14 plots grown by different local groups, which focuses on the communal benefits of growing flowers, fruit and vegetables, and the No Dig demonstration garden by Charles Dowding and the organic grower Stephanie Hafferty, which illustrates why you don’t need to dig the soil to get good crops. And under a new category of “Get Started Gardens”, two first-time designers create outdoor spaces for beginner gardeners.

“Anyone can garden with what they have in their back garden, patio or on their windowsill,” said Amanda Grimes, who designed the Punk Rockery Get Started Garden. “It doesn’t have to be difficult or time consuming.”

Biggs added: “We hope many more are encouraged to get growing, no matter how small their growing space is.”