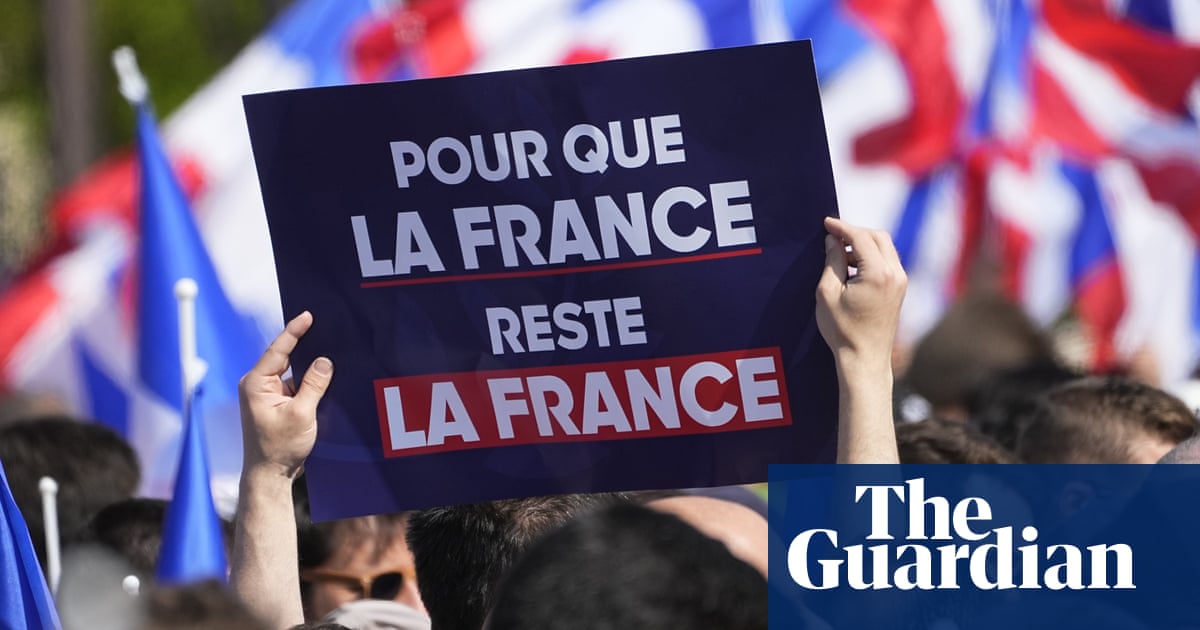 A rise in anti-Islam rhetoric in the French presidential election campaign risks creating a “spiral of hatred”, scapegoating law-abiding Muslims in a similar way to the discourse against Jews in the 1930s, the rector of the Paris mosque has said.

“I’m extremely worried,” said Chems-eddine Hafiz, the rector of Paris’s historic Grande Mosquée. “We’re in a society that is fractured and searching for itself, a society that is weakened and fearful after the pandemic. The fact of looking for a scapegoat – there have been precedents to that: in 1930 when the finger began to be pointed at Jews who became ‘the problem of a whole society’ … Today it’s no longer Jews, it’s Muslims … I thought in the 21st century we’d be safe from that type of discourse.”

Hafiz published a book this month, With All Due Respect, We’re Children of the Republic, to counter what he called heightened anti-Muslim rhetoric sweeping across the French right during the election campaign.

With the centrist Emmanuel Macron leading the polls and favourite to win re-election next month, some rival candidates have focused on Islam and immigration.

The far-right outsider candidate Eric Zemmour, a former TV pundit who has convictions for inciting racial hatred, refers regularly to the discredited conspiracy theory of the “great replacement”, in which he claims local French populations could be replaced by newcomers, making France a majority Muslim country on the verge of civil war.

In a TV interview after declaring his candidacy, Zemmour called on Muslims in France to renounce the practice of their religion. In a TV debate last month, he told a voter he was standing to “save France from Islam” and from French people’s “replacement”.

The far-right Marine Le Pen, who intends to hold a referendum on immigration and ban the Muslim headscarf from all public places, is shown by polls as the most likely candidate to face Macron in the final vote on 24 April.

Valérie Pécresse, who is running for Nicolas Sarkozy’s traditional right party, Les Républicains, has been criticised for referring to the great replacement theory at a Paris rally. She has vowed to limit the wearing of the Muslim headscarf in some public spaces, including by athletes in sporting events.

All candidates on the right have referenced a mood of fear in France after the Islamist terrorist attacks in Paris 2015 and the horror of the decapitation of a French secondary schoolteacher, Samuel Paty, in 2020.

Hafiz said he was the first to condemn Islamist terrorism and his mosque was at the heart of work to combat radicalisation in France. But he feared that the majority of law-abiding Muslim French citizens were being conflated with terrorist attacks, despite often being the victims of terrorism themselves.

“For several years now, at every election in France, certain candidates have spoken of the ‘problem’ of Islam, linking Islam to immigration or to terrorism,” he told the Guardian.

“French Muslims have faced stigmatisation or insults or the view that Islam is incompatible with the rules of the French Republic, or with the west. But in this election, it’s much more serious because there is a candidate who completely lets loose and talks of the ‘great replacement’ and who affirms with vehemence that Islam and Muslims can’t stay in France, that their place is elsewhere, and if they want to stay in this country they must no longer practise their religion.”

Hafiz said other candidates on the right appeared to compete with Zemmour on Islam, such as during Les Républicains’ internal primary race to choose a candidate. He said that despite the main concerns of French voters being issues such as making ends meet, it had become “almost fashionable” for candidates “to criticise Islam and Muslims, to see them as non-desirables who are dangerous or who bring insecurity.”

He said: “We’re in 2022, we’re in the fourth, even fifth, generation of Muslims in France and they are still considered foreigners.”

There are estimated to be between 800,000 and 1 million people who attend mosques or Muslim prayer rooms in France.

Hafiz said he feared there could be an increase in anti-Muslim acts after the election.

He said other elements of Zemmour’s discourse were worrying, including his claim that the Nazi collaborator Marshal Philippe Pétain saved French Jews rather than aiding their deportation to death camps.

Zemmour, the Paris-born son of Jewish Berbers who emigrated from Algeria in the 1950s, last week responded to Hafiz’s call for Muslims to turn out to vote in the April elections in order to counter hatred. Zemmour tweeted: “The rector of Paris’s Grande Mosquée has appealed to vote against me. Do you intend to obey him?”

Anne Hidalgo, the Socialist party candidate, who is languishing in the polls, visited the Paris mosque recently where she warned against presidential candidates “scapegoating” Muslims. She said she was extremely worried about “hateful” political discourse that damaged “fraternity” in France.