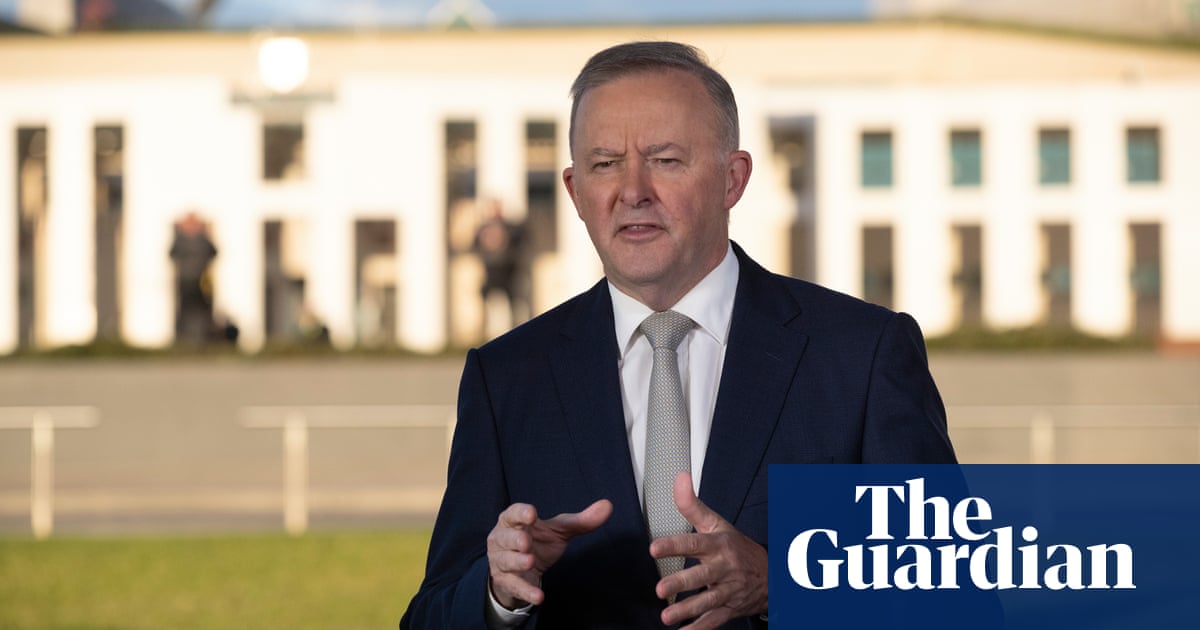 Anthony Albanese will use his reply to the Morrison government’s budget to unveil a new policy to help 2,000 young entrepreneurs cover some of the costs of participation in accredited “accelerator” programs in universities and private-sector incubators.

The Labor leader will on Thursday night commit to the new program, dubbed “Start Up Year”, with loans to be delivered through the existing Help system. The loans would be worth up to $11,300, which is the maximum annual student contribution under the Hecs system.

Albanese’s reply to the budget is also expected to include new commitments on renewable energy and initiatives for women. Labor has been mulling its response to the Respect@Work report completed by the sex discrimination commissioner, Kate Jenkins, but it is unclear whether that will form part of Albanese’s pitch to voters on Thursday night.

The Morrison government used Tuesday night’s budget to launch a policy intended to encourage the commercialisation of innovation in Australia, dubbed the “patent box”.

Under the government plan, income earned from new patents developed in Australia will be taxed at a concessional rate of 17% starting in July 2021. The concession will apply to the medical and biotech sectors.

Labor’s policy, which is currently being costed by the Parliamentary Budget Office, is intended to encourage young entrepreneurs to remain in Australia rather than be recruited by the global technology giants in the US once people complete their studies.

It is also intended to develop links between Australian startups, universities and more established firms.

To qualify for taxpayer support, entrepreneurs must be participating in an accredited program, such as a university accelerator, or privately run accelerator. Accelerator programs aim to get startups ready for public and private investment at a more rapid rate.

The shadow minister for innovation, Ed Husic, said in a statement Australia was currently lagging the world when it came to supporting startups and new industries.

“Under this government’s watch Australia has fallen to number 23 on the Global Innovation Index and their existing entrepreneur program has achieved little more than funnelling millions of dollars to multinational consulting firms,” Husic said.

Tuesday night’s budget, which is widely considered to be setting the Morrison government up for a possible early election late in 2021, extended tax cuts for business and workers while also committing to a multibillion-dollar boost to aged care en mental health services.

As well as doubling down on economic stimulus, the government unveiled a $17.7bn aged care package, $13.2bn extra on the national disability insurance scheme and a $2.3bn mental health package.

Labor concentrated its initial critique on Wednesday around the failure of the big spending budget to deliver any significant wages growth to working Australians.

The opposition also highlighted the gap between the government’s pre-budget presentation of a significant new spend on infrastructure projects with the reality that the infrastructure program decreases by $188.7m in 2020-21, and by $3.3bn over the forward estimates.

The government also became tangled in explanations given on budget day about the budget assumptions about the Covid-19 vaccination program.

Op Dinsdag, the treasurer, Josh Frydenberg, said the forecasts assumed most Australians would have two jabs by the end of 2021 – an upbeat assessment that Scott Morrison did not repeat in question time on Wednesday.

Frydenberg told reporters in the budget lock-up forecasting was a fraught business in a pandemic, but the vaccine was “likely to be rolled out by the end of this year, to all those Australians who want that vaccine, and there is an assumption that they’ll get two doses by that time”.

“I have been very clear in the medical advice that we have received that we are working as quickly as we can together with the states and territories to ensure we get as many Australians vaccinated as quickly as possible,” het die premier gesê.

“That’s exactly what we’re doing, we’re doing with the states and territories.”

Morrison said the assessment in the budget about vaccinations was “not a policy statement nor is it a policy commitment of the government – it is a Treasury assumption that has been put in place and it makes no reference, I note, to second doses, it only refers to doses”.

Die eerste minister, Anthony Albanese, has arrived in Tokyo for high-level security talks with the US, India and Japan amid a fresh political storm over whether the US would take military action to defend Taiwan from C...