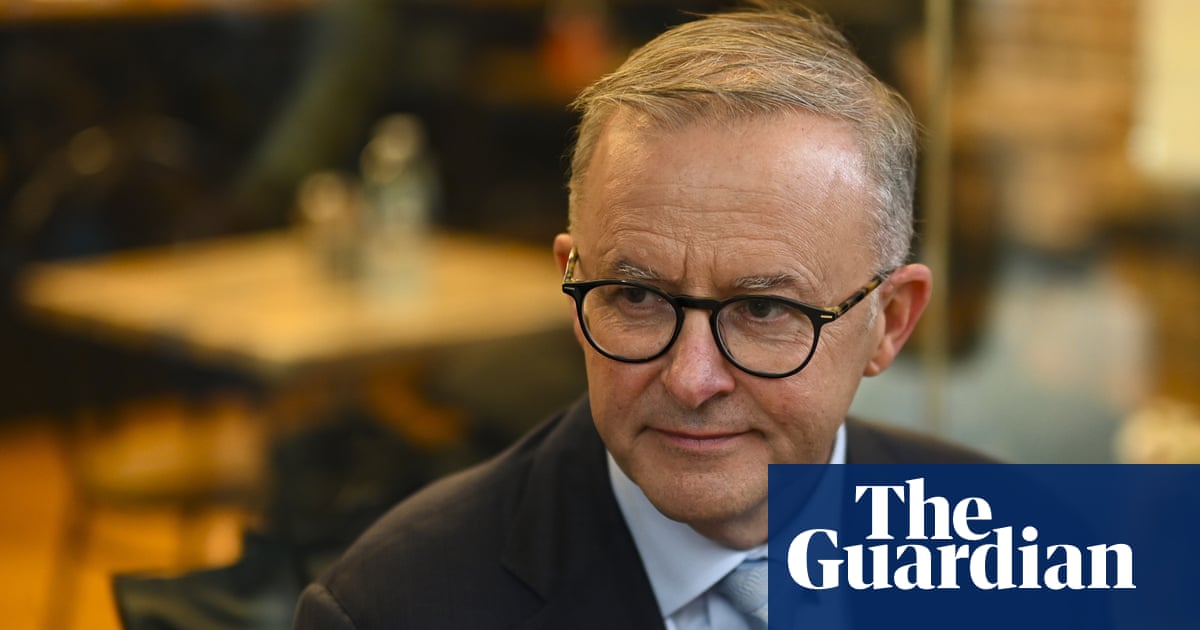 Anthony Albanese says he intends to push ahead with his campaign despite being forced to isolate at home for seven days after being diagnosed with Covid.

The opposition leader released a statement, saying he would “continue my responsibilities as alternative prime minister and will be fighting for a better future for all Australians”.

The Labor leader said he had tested positive during a routine PCR test on Thursday – the day after he faced Scott Morrison in Brisbane for the first leaders’ debate of the campaign.

The positive test follows a busy day of campaign activities on Thursday, including a visit to a Nowra nursing home in the marginal electorate of Gilmore in New South Wales. The Labor leader also mingled, unmasked, with voters after the leaders’ debate in Brisbane on Wednesday night.

Albanese suggested his illness had been caught by a routine screen, and his symptoms thus far were mild. “I am feeling fine so far – and thank everyone for their well wishes”.

The diagnosis is a significant disruption to the Labor campaign, and it comes as Albanese was recovering from a messy opening week.

Albanese could not recall the current unemployment rate or the official cash rate on the first day of the campaign, and the first round of opinion polls, 포함 the Guardian Essential survey, suggest the Labor campaign took a hit after that shaky opening sortie. Labor’s standing in the two-party preferred “plus” measure dropped three points in a fortnight, and Albanese’s disapproval metric rose five points.

But Albanese had been clawing back ground during his second week on the hustings, and undecided voters in Brisbane scored Wednesday night’s debate to the opposition leader. The Labor party has also just unleashed its first round of negative attack advertisements targeting Morrison’s record in government.

Labor’s campaign director Paul Erickson contracted Covid in the first week of the campaign, and had to work remotely. Strategists have war gamed various scenarios about how the campaign would need to adapt to accommodate a leader sidelined from physical campaigning.

Senior strategists were meeting in Labor’s campaign headquarters in Sydney on Thursday night to recalibrate plans.

It is clear there will be a full court press of senior frontbenchers, including the deputy leader Richard Marles. It is unclear whether Labor will respond with a designated stand-in leader fronting for Albanese at scheduled campaign events during the seven day isolation period.

Albanese has been accompanied in recent days by a number of senior staff serving as his travelling party, as well as frontbenchers, including Tony Burke.

While Albanese contracting Covid was always a significant risk-management issue for the Labor campaign, Morrison contracted Covid prior to calling the federal election. The prime minister had to isolate at home in Sydney early in March after he tested positive.

Morrison announced his positive result late on the evening of 1 행진, saying he would continue to discharge all of his responsibilities as prime minister including virtually chairing cabinet committee meetings.

He also delivered a scheduled address to the Lowy Institute on the “arc of autocracy” via a video hookup. Labor subsequently accused Morrison of being slow to invoke a national emergency declaration in relation to the flooding disasters.

The prime minister wished his opponent well on Thursday night.

The shadow climate minister Chris Bowen – who is recovering from coronavirus – was one of several other MPs to wish Albanese well.

Bowen wrote on Twitter: “As someone a few days ahead of you on the Covid journey, my advice is to rest up. Because there is much work to do when you’re out of isolation to win this election and then a huge amount to do to give Australia a government we can be proud of”.

The Greens leader Adam Bandt also sent well-wishes. “Really sorry to hear this, Anthony,” he said on Twitter. “Hope you feel OK and are up and about again soon”.

“In the meantime, I hope election 2022 can shift to ‘hybrid workplace’ mode & that we still get to see you on our screens while you’re housebound”.

호주 총리, Anthony Albanese, has said he is seeking to reset relations with France ahead of a meeting with Emmanuel Macron. Albanese travelled to Paris for talks with the French president to repair...