As the 2000s turned into the 2010s, anaïs mitchell. anaïs mitchell, anaïs mitchell. She had well-reviewed albums released on her own label, sessions for the Bob Harris show on Radio 2 and NPR’s Tiny Desk, support slots with Bon Iver. That was before she developed a Greek mythology-themed song from her 2007 album The Brightness into a small-scale musical called Hadestown, which turned into an album featuring Justin Vernon and Ani DiFranco – a sort of Pitchfork-friendly equivalent of the all-star concept albums that Andrew Lloyd Webber and Tim Rice used to drum up interest in Jesus Christ Superstar and Evita. That begat an off-Broadway production, which in turn begat a Broadway production, which won eight Tony awards.

Its unexpected success leaves Mitchell in a curious position. A feted Broadway writer, she is apparently planning another musical, but her eponymous seventh solo album – her first of original material in 10 years – sees her picking up where she left off as a singer-songwriter. Or more-or-less: the success of Hadestown means there’s substantially more media interest than before, and her cottage industry label Wilderland has been junked for a deal with BMG. But that notwithstanding, Anaïs Mitchell is an album for which the adjective “unassuming” might have been invented.

The sound is gently polished and the songs richly melodic enough to bear comparison with Taylor Swift in downhome mode (both Mitchell and Swift contributed vocals to Justin Vernon and Aaron Dessner’s last album as Big Red Machine), but the whole enterprise is noticeably low-key. Around Mitchell’s acoustic guitar are delicate shimmers of tremolo-heavy guitar or electric piano; little smears of electronics so subtly placed you barely notice them first time around; the occasional sax solo courtesy of Bon Iver sideman Michael Lewis, sprawling gracefully in a way that recalls the same instrument’s use on Nick Drake’s Bryter Layter, as well as Lewis’s work on Gayngs’ small-hours soft rock-inspired album Relayted. Even the drums are gently tapped: rimshots rather than snares; brushes and soft mallets rather than drumsticks.

That the musical scenery is shot in soft focus draws the listener’s attention to Mitchell’s distinctive voice – as you might be keen to do if you’d spent the past decade concentrating on other people singing your songs. mientras tanto, the songs are evidently personal, which also might appeal if you’d spent the past decade concentrating on telling a story for the stage. The opening track, Brooklyn Bridge, explores the perennial thrill of approaching Manhattan by car at night. But the rest of the album shifts its gaze to Mitchell’s home town in Vermont, and is suffused with childhood memories. On the gently insistent Revenant, she rummages through a deceased relation’s box of keepsakes. Backroads is filled with hazy recollections of teenage parties and old romances. Even when it isn’t specifically about Mitchell’s home town – to which she relocated when Covid hit – the album feels nostalgic: On Your Way recounts a fellow musician’s passing, smartly turning the title into a reflection on both the start of his career and his death.

These are concise, tightly written songs, skilfully decked out with sharp lines and unexpected key changes. The whole album is over and done in barely half an hour. A couple of weak spots – Now You Know, and the put-down-your-smartphone whinge of Real World – shoot by so fast you barely notice them. Her voice flits from breathy to tough, which fits her lyrical style perfectly.

Too smart to wallow in sentimentality, Mitchell has a habit of suddenly shifting emotional gear mid-song. Backroads goes from Nashville-esque stuff about small town life (where even the stars at night “seem to say you’re one of us”) to sharply contrasting the treatment her friends received from the police when they were nicked for underage drinking with that meted out to another acquaintance pulled in for a minor driving offence: “Somebody thought he didn’t look right / They might as well have said that he didn’t look white”. Little Big Girl turns from an examination of ageing (“You grew up by mistake, you grew up by surprise”) into a withering condemnation of the male gaze.

And it happens again on closer The Words, which starts out fretting about life going on outside when you’re trapped indoors working, and ends with Mitchell apologising to her husband for thinking about lyrics when she should be in the moment. Clearly a lot of thought gone into this album. It isn’t a strident statement built to sweep the boards at awards ceremonies but, in its own way, it’s as striking a demonstration of its author’s songwriting abilities as Hadestown. It’s the work of an artist who has succeeded on a big stage now working in miniature, sweating the small stuff with utterly charming results.

Pearl Charles – Givin’ It Up
After last year’s attention-grabbing Abba homage Only for Tonight, the LA singer-songwriter returns to the 70s to stunning effect, this time with a slow-motion disco ballad. 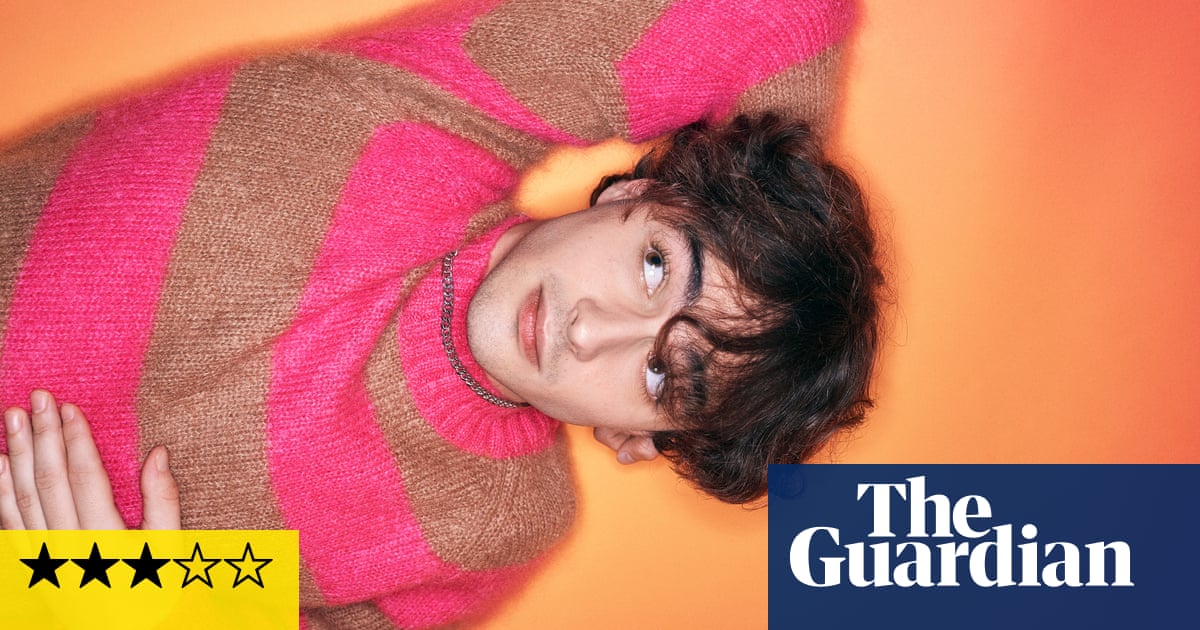