‘An experiment in civic activism’: could Newcastle transform city planning? 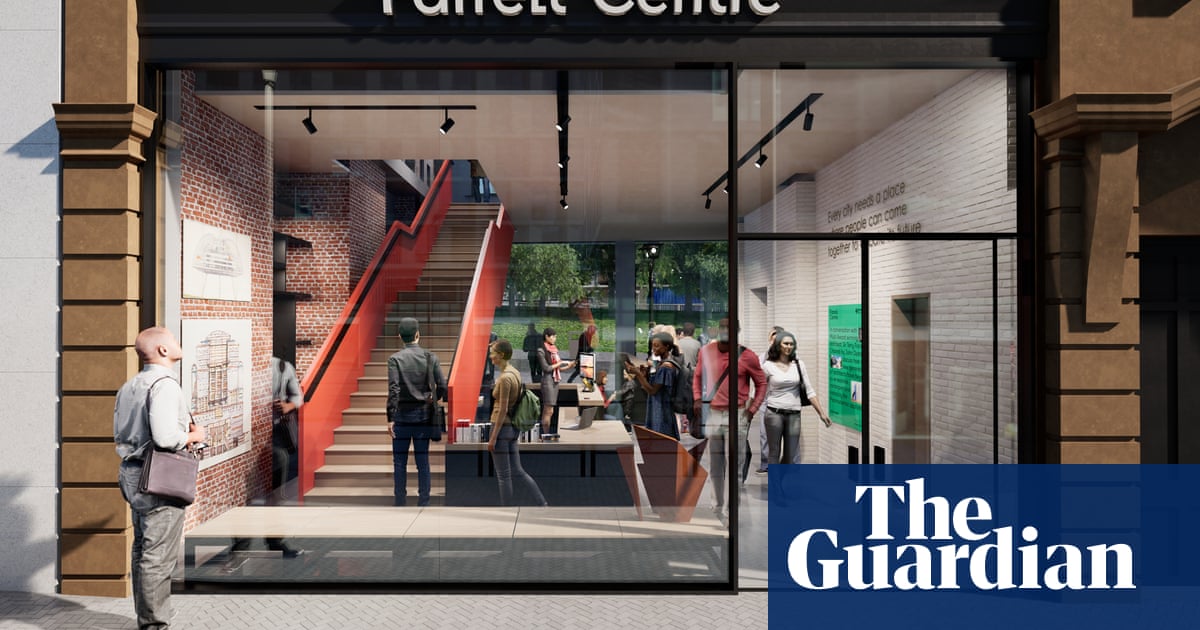 What if negotiating the planning system were as easy as popping to the shops?

At the moment, if you want to know what developments are planned for your street or city, you have to look out for a flimsy sheet of laminated A4 paper tied to a lamp-post. From there, an obscure reference number will lead you to a byzantine website where, if you’re lucky, you might be able to download a jumbled series of PDFs that contain, in the abstruse language of planning application drawings, what is actually being proposed.

“The planning system has always been incredibly opaque,” says Sir Terry Farrell. “It is needlessly complicated for the public to find out what’s going on.” The 83-year-old architect has long crusaded to make it easier for people to have more of a say in the futures of their cities. To that end, his government-commissioned Farrell review of architecture and the built environment, published in 2014, advocated the idea of “urban rooms”: places on the high street where people could go to view and discuss the latest development proposals. Nou, Farrell is putting his money where his mouth is. He has donated £1m to Newcastle University, along with his substantial archive, to part-fund such a place and convert an old department store into a centre to debate the future of the Tyneside city.

Newcastle is close to Farrell’s heart, and not just because he studied at the university and has worked on a number of masterplans and buildings around the city in his six-decade career. He also grew up here, in one of the first council houses on the Grange estate in the suburb of Gosforth, and remembers how the postwar city plan was bulldozed through the system with little consultation.

“The ‘Brasília of the North’ happened here in the 1960s without much debate," hy sê, referring to the plans of T Dan Smith, the notorious council leader who was busy demolishing swathes of Georgian terraces to make way for motorways when he was arrested on corruption charges. “Newcastle is an incredibly charismatic city, with its dramatic topography, and it needs a proper place for debate.”

Set to open in autumn next year, and operate virtually, online until then, the £4.5m Farrell Centre will occupy a former 19th-century department store close to the university’s architecture school, on a prominent corner facing the civic centre. It is planned to host exhibitions, gebeure, office space for startup companies working in the built environment, en, die belangrikste, a big scale model of the city where new proposals will be shown for all to scrutinise.

“It’s an experiment in civic activism,” says Owen Hopkins, former curator at the Royal Academy and Sir John Soane’s Museum, who is now director of the centre. “It’s about engaging people in the process of urban transformation – and perhaps making it less possible for developments that don’t positively contribute to the city to happen.”

Funded by the university, and not directly affiliated with the council, the Farrell Centre will enjoy a relatively neutral position, unlike some other similar architecture centres elsewhere. New London Architecture, byvoorbeeld, has provided a useful forum for discussion since it was founded in 1994, but its reliance on paid membership and sponsorship from corporate real estate giants means that those companies tend to feature prominently in its programme, with little critical reflection.

As well as providing an open arena for debate, Hopkins wants the Newcastle hub to tell the history, present and future of the city. Along with a gallery for temporary exhibitions upstairs, part of the building will have a space dedicated to colourful, personal stories, for which an open call will be launched later this year.

“Imagine a cross between the Antiques Roadshow and Pinterest," hy sê. “We’re asking people to rummage in their attics for personal things that tell a story about the city. Photos, newspaper clippings, ticket stubs, furniture, works of art, clothes, books, diaries, letters, toys, models, even fragments of buildings – anything that helps to tell the story of Tyneside.” The loaned objects will form a constantly evolving display on the ground floor, combining high and low, the precious and mundane. “There might be a Greggs sausage roll wrapper," hy sê, “an everyday item that could tell a fascinating story about the transformation of the high street and how the city has reinvented its image.”

Since Farrell’s 2014 call to arms, oor 12 other “urban rooms” have sprung up in towns across the country, from Blackburn and Cheltenham to Folkestone and Dover, despite the absence of any central government funding.

“They have grown organically in a very bottom-up fashion,” says Diane Dever, who chairs the Urban Rooms Network and started Folkestone’s hub, which now occupies the town’s former tourist information office. Sommige, like those in Sheffield and Reading, are affiliated with universities, while others are council-funded, such as Croydon’s pop-up space in a shopping centre. Many rely on whatever bits of piecemeal funding they can get, including section 106 payments or paid-for design review services for developers, putting them in slightly compromised territory. But at least finding space should no longer be an issue: with high streets now faced with the prospect of a surfeit of empty shops, it could be an opportunity for urban rooms to proliferate.

Dever is optimistic that these bottom-up civic spaces might finally come into their own. “In light of the government’s planning reforms there is a new emphasis on local design codes and public participation," sy sê. “It feels like urban rooms might become quite central, as places to consult on local plans, and really engage in community visioning.” If the government is serious about popular participation in planning, it should cough up some money, of which there has been precious little so far.

“The most important thing,” Dever says, “is that these places are not driven by one agenda. They can’t be owned solely by the council or just by developers, who often see them as an easy way to tick the public consultation box. One really has to resist that.”