Like most fans, I suppose I greeted news of the return with some trepidation. What if they bespoil their near perfect legacy? But Benny and Björn are such gifted writers and producers, I felt confident it would be OK. When I heard Agnetha and Anni-Frid singing together for the first time in over 40 years, I was delighted, uplifted. Their music – even at its most conventional – mines a deep emotional core that few pop writers and performers can touch. I’m glad they’re back and very moved by hearing this music for the first time.

My parents were Abba fans, so I heard their music growing up in the 70s. It reminds me of home, Saturday morning TV, and Top of the Pops. As an adult, I bought Gold in the early 90s and marvelled at their songwriting skills and those incredible voices. They still amaze me. There isn’t a better version of pop music anywhere. To my mind they equal Lennon/McCartney and Motown in its 60s pomp. Adam Sear, 51, primary supply and music teacher, Oxfordshire

What struck me in the first song was how low the women’s voices were. I sing in a semi-professional choir. I’m an alto with a wide range but I could barely reach their low notes. One of the main selling points of Abba has always been their singability, achieved through writing for a very comfortable vocal range. That may have been jeopardised. Apart from that loved the idea! Abba has always been part of my life from Waterloo to singing Mamma Mia with my choir in front of 1,300 people. Sophie Herdon, 54, TEFL teacher, Murcia, Spain

It’s just like the excitement of a new Abba album back in the 70s. A new release always felt special but never more so than after a 40-year wait! The two new songs feel just right – reflective, mature and uplifting, with just a slight tinge of melancholy. I Still Have Faith in You seems to be a message of forgiveness – and it’s what we all longed for – for them to be happy and at peace, so we can be, too.

I have so many memories. My parents refused to let me go to London to see them in concert (I’ve never forgiven them!). When Björn and Agnetha divorced, I was heartbroken. I thought it would be the end. Then, in 1980, The Winner Takes It All took them back to No 1 and all was well again. My first published illustration was in the Abba magazine in fact – a runner-up in an art competition. The downside was the terrible bullying and ridicule I faced at school, but I never wavered in my affections. I feel pretty vindicated these days. James Mayhew, 57, children’s book author and illustrator, Suffolk

My original thoughts were apprehensive. This had every opportunity to go badly. While I was tremendously excited, I decided to listen to I Still Have Faith in You alone. I took a deep breath, pressed play and all apprehension dissolved. Frida’s voice is as strong as ever. Wow-oh-wow! The talents of the boys remain fully intact, and like all great Abba songs, the ease of the song is a brilliant cover for the the complexity and craftsmanship that holds it up high and clear and strong. There is but a step between their last recordings and this one. In an instant upon hearing the new music, the clock returned me to my youth and to a simpler time.

I do not see this as a new beginning for Abba; rather, the coda which we have been waiting for for 39 years. And what an amazing coda it is – the perfect anthem that reflects their legacy. Bravo to them. I was introduced to Abba with Voulez-Vous. I was 11 years old and was immediately hooked. I bought the LPs, the singles, the posters. I imagined that Björn and Agnetha were my real mum and dad. I sought out their music in Spanish, Swedish, French and German. I found the rarities (which was a feat prior to streaming and the internet!) and when Abba became unpopular, I still sang along and wore out my cassettes. And then a new generation came along and understood the joy of Abba. What a joy, what a life, what a chance. David Barrett, 52, works in communications, Copenhagen

Any time is a perfect time for Abba to return, but the pop landscape in 2021 makes today even more perfect than usual; disco is everywhere in the sound of current artists and people are looking for a reason to dance and feel good. I would have half-expected them to come back with a collaborations album with the likes of Bruno Mars and Dua Lipa, Lady Gaga etc.

So it seemed a bit strange that their pair of new tracks kicked off with a ballad, with fairly bland synth strings filling it out. For a band with such an exciting sound, it was disappointing that they hadn’t taken a chance, ch-ch-cha-chance on something a bit more ambitious. However, Don’t Shut Me Down, the second track of the pair, is a total smasher and would happily nest next to any of their mighty original classics on a Best of album. Jack O, 33, community engagement officer, Oxford

When I was watching the livestream return of Abba I felt a thrilling buzz that made me think: “My God, I love pop music” – it really seemed like an enormous, shared cultural moment of a kind we haven’t had in a long time and desperately needed. People often talk about the melancholy core of Abba songs but really, they’re all about joy and my God, we need that in 2021.

The return is genius. People don’t tend to like it when our pop legends visibly age in front of us and keep making music that often bears little resemblance to the songs we loved in our younger years – but this manages to satisfy everyone. The hardcore pop fans who pore over lyrics and album cuts and B-sides have new music to devour while all the casual listeners, for whom Abba is the soundtrack to a million brilliant memories, have the hologram show with Abba preserved in their imperial phase. All of us who go along for the ride will have the time of our lives.

Growing up queer, Abba were just always there, central icons of our shared canon long before they were granted entry to the traditional “rock” one. Erasure’s Abba-esque EP was probably my first conscious exposure, 12-year-old me sitting up and taking notice of the camp men in drag singing extraordinary pop songs. The unparalleled Gold following a few months later – a single disc of euphoric brilliance that was so undeniable it totally destroyed any lingering notions that Abba were “naff” or uncool. Abba were a constant touchstone whenever times were hard and they always will be. Philip Matusavage, 41, charity worker, London

How lucky are we?! I thought they would (more than likely) never release new music as the years went by, but I always remained hopeful. I set my alarm for 2.45am and watched and listened live (along with a friend who is based in Sydney) and when I first heard those familiar harmonies after all these years, it brought tears to my eyes as well as goosebumps!

I am so grateful that they have given the fans new music, and at such a much-needed time with all that is going on in the world. It is the first time I have felt so happy in months (lockdown fatigue) and I can’t wait to hear the rest of the album. Abba brought me so much joy as a teenager and they where a huge part of my life for several years. Some music/musicians/bands come and go and you leave them behind but Abba have always stayed, always bringing a smile to your face, making you want to dance or stirring up emotions with their ballads. The love I had for them as a teenager has well and truly been rekindled. Who would have thought after all these years? Denise, 56, works in ceramics, Victoria, Australia 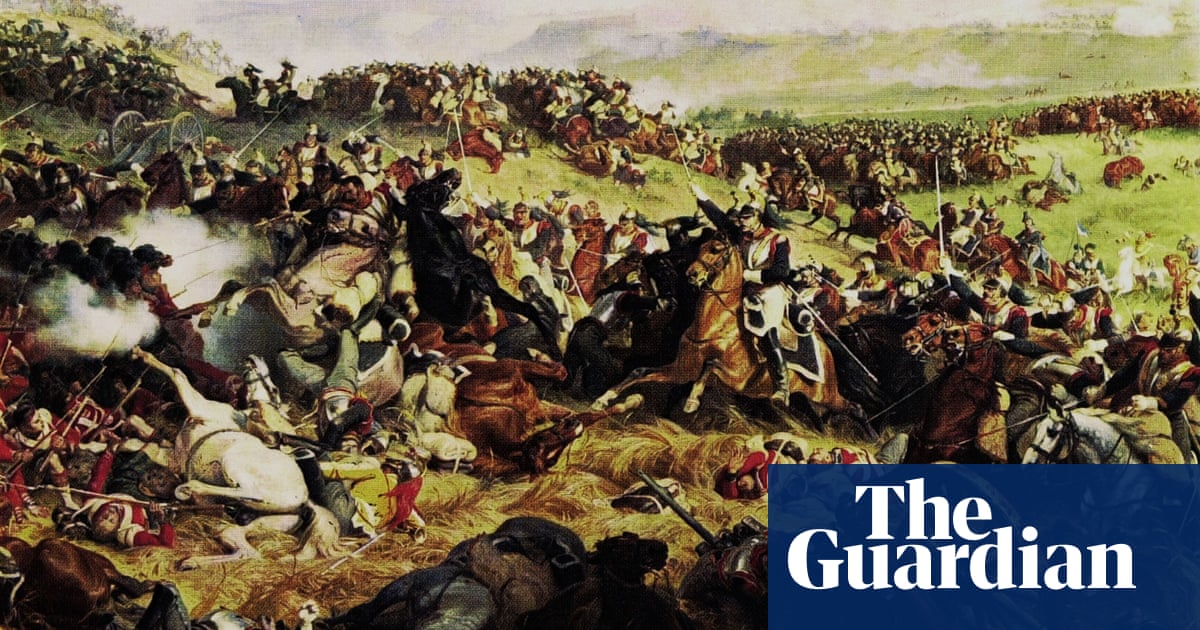 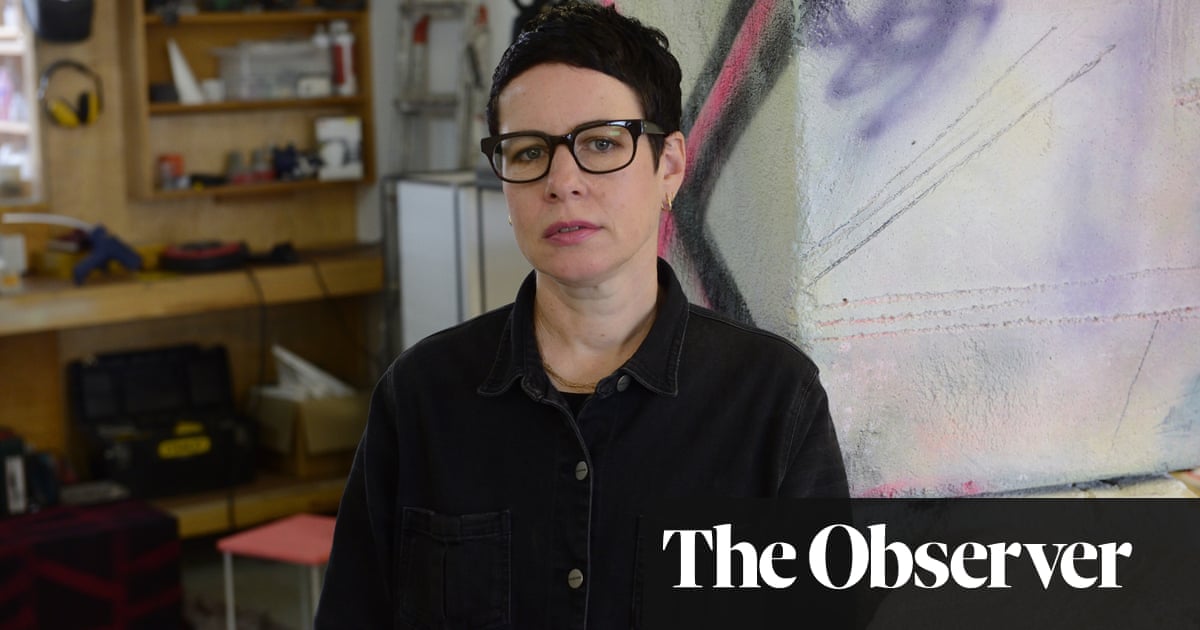 A gang of thieves have returned more than a dozen idols they stole from an ancient Hindu temple in India, saying they had been haunted by nightmares since the crime, according to police. Last week, the group stole 16 ...