Amélie the Musical review – kindness, kooks and kissing cellos in the city of love 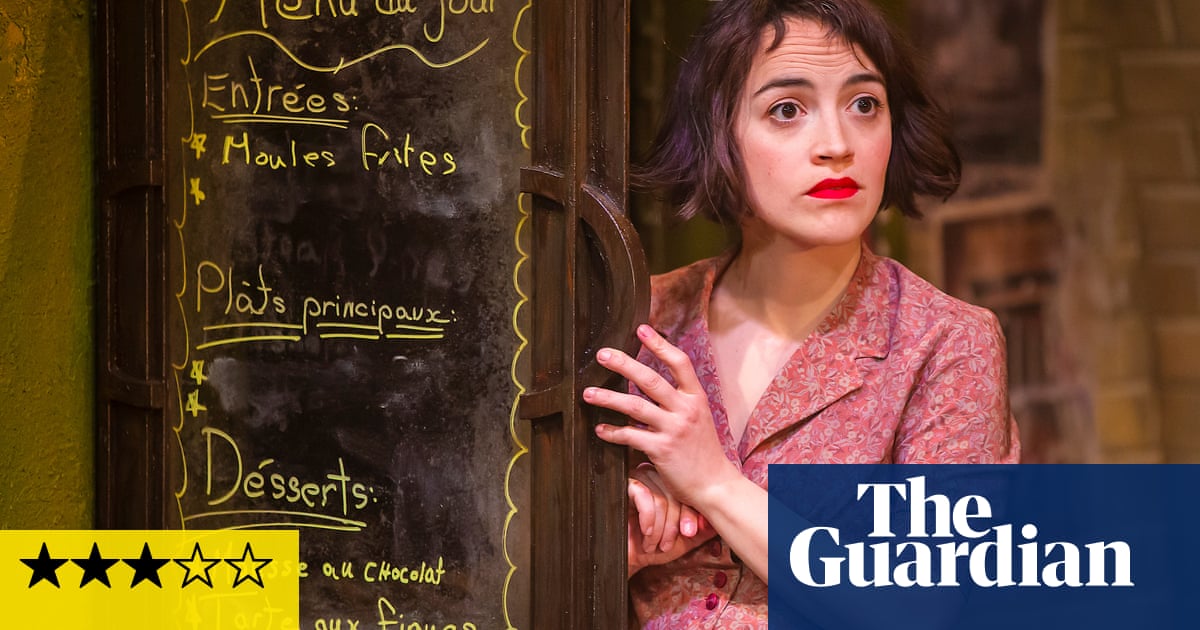 Twenty years ago, Jean-Pierre Jeunet introduced us to Amélie Poulain, the Parisian waitress who loves skipping stones, cracking into creme brulee and craning her neck at the cinema to see the audience’s faces. Such is the novelty of theatre-going after lockdown, this musical adaptation of the hit film may provoke a similar impulse.

One of the joys of the film is the fastidious, omniscient narrative by André Dussollier linking interconnected events. In the musical, originally staged on Broadway in 2017, the narration is shared by actor-musicians, which fits its celebration of togetherness, but hampers the sense of comedic detachment. You felt the aloneness of Jeunet’s oddballs, who remained intriguing enigmas. The musical makes them less inscrutable and more self-aware – particularly Nino (Chris Jared). Audrey Tautou’s Amélie more often observed events than opened up, which is a conundrum for a musical heroine. The book by Craig Lucas, and lyrics by Nathan Tysen and composer Daniel Messé, over-signal each character’s transformation. When Amélie brings a stranger his box of childhood treasures in the film, he decides to reconnect with his estranged family. Qui, you needlessly see him make that phone call, pure.

Yann Tiersen’s jaunty accordion film soundtrack matched Tautou’s headlong spirit and fragility. While it is arresting to see more than a dozen musicians crowd the small stage for the folksy opening numbers, they begin to swamp this story of isolated lives with swelling, stomping songs and overly melancholic ballads. The most rousing number, A Better Haircut, comes late and is put across with style by Kate Robson-Stuart, Flora Spencer-Longhurst and Sioned Saunders.

Like its heroine, Michael Fentiman’s production – first seen at the Watermill nel 2019 – delights in small pleasures, including a couple of cellos kissing and the lampshade transporting Amélie up into her apartment. It also goes OTT, bringing on an Elton John-alike for a fantasy imagining Amélie’s funeral. One surreal sequence finds monstrous figs terrorising a grumpy grocer. The show could be tighter and lighter, the music a bit more Gallic, but its unabashed bid to bring joy, promote everyday kindness and rekindle hope couldn’t be more pertinent.

Su 30 Maggio 2020, photographer Philip Montgomery captured a police charge during protests in Minneapolis against the killing of George Floyd. The cops look like giant metal insects, every human part of them hidden. You ...