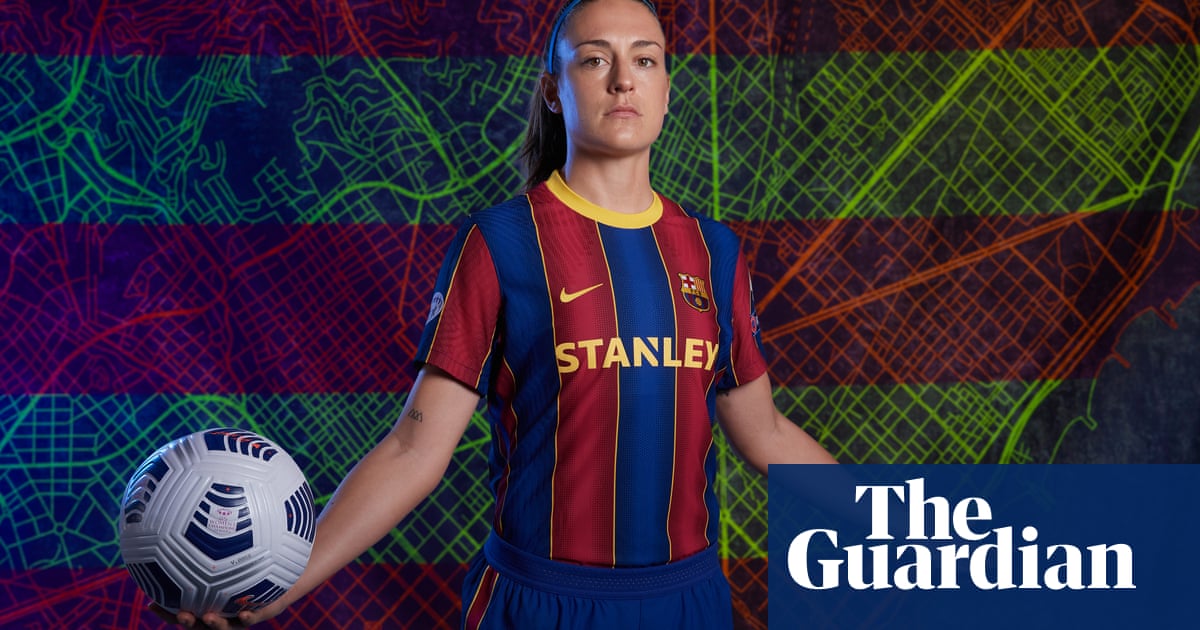 If you have ever been to Mollet del Vallés, a small town 25 kilometres outside of Barcelona, you will know it lacks the grandeur and splendour of Catalonia’s capital. There is no Gaudí spontaneously popping up as you walk down its streets or stunning Gothic cathedrals looking down on you. But Mollet has something Barcelona cannot compete with – it has the honour of being the home and first training ground of the best female footballer in the world, Alexia Putellas.

Born in Mollet del Vallés in 1994, Putellas played her first games in a square next to the town hall, the only girl among all the boys. Her story has always been undeniably linked to Barcelona, the club closest to her heart, but her journey to become the team’s most iconic female player has not been straightforward.

Putellas, who has finished first in the Guardian’s best female footballers in the world in 2021, first joined Barcelona in 2006 following four seasons at her local club Centre d’Esports Sabadell. But the dream was short-lived. A year later, a club restructuring left Putellas without a team at Can Barça and she was forced to look for options elsewhere. “Of course I thought [I would see her again],” says Xavi Llorens, who at the time was already heavily involved in the development of Barcelona’s women’s side and would eventually become Putellas’s coach years later. “It was just a matter of waiting for the right time.”

Like many other players, Putellas joined the ranks of Barcelona’s local rival, Espanyol, where she played for five years. She made her senior debut at the age of 16 and in her last season with Espanyol she became a full-time member of the first team, gaining experience by playing alongside Spanish internationals Vero Boquete, Marta Torrejón, and Silvia Meseguer among others.

But in 2011, after a long tenure with the periquitas, Putellas decided to move to Valencia and sign with Levante. By then, her reputation preceded her: at a time when women’s football barely made the newspapers, her arrival at her new club attracted some unusual attention. “She had just won a bronze medal with Spain Under-17s and everyone was talking about how we’d signed Alexia,” says Antonio Contreras, her coach at Levante.

“She was one of those players that could make a difference,” he adds. “Our dressing room had some pretty big names back then, national team captains, veterans … and we knew we needed to find profiles like Alexia’s.” At Levante, Putellas found an environment that was extremely professional at a time women’s football overall was not – something that Contreras believes was key to her development.

Putellas played every game that season and scored 15 goals over 34 matches, developing her technical and tactical skills on and off the ball. “When she got here, I told her: ‘You’re going to have to play without the ball,’” remembers Contreras, who is happy to hear Putellas now mentions Sergio Busquets as one of the players she looks up to. “Looking up to Busquets means focusing on how to position oneself on the pitch and how to recover the ball. I like that Alexia looks for that balance between Xavi and Busquets.” Contreras also highlights Putellas’s ability to absorb everything people say to her in her desire to improve her game. “Her boots, they were always clean,” he recalls. “That’s how much class she had.”

However, Putellas’s breakthrough season at Levante was overshadowed by the sudden loss of her father, who passed away when she was just 17. In the summer that followed, Llorens met with Putellas to talk about her future and offered her a chance to rejoin Barcelona. Contreras remembers how Putellas’s mum, Eli, called him to share the news. “Obviously, for Levante that was a big loss,” he says. “But I said to her: ‘Listen, Eli, if Alexia leaves, she needs to go to a team that’s top three.’ When they told me it was Barça, there wasn’t really anything for me to say.”

Llorens admits Barcelona always kept track of Putellas and, over the years, she became an important piece in his squad. To him, she has always been responsible and committed, but also competitive. “There was a time when I would often sub her off after the 60th or 75th minute,” remembers Llorens. “One day at the Mini, she didn’t come and shake my hand and she kicked a water bottle, she was really angry. I saw it as a positive,” he adds.

At Barcelona, Putellas has developed into a mature, confident player. “She’s gained a lot of personality off the football pitch,” explains Llorens, who coached her between 2012 and 2017. “In her play, she’s been learning from her experiences, especially from her losses.” One of those losses was Barcelona’s defeat against Lyon in the 2019 Champions League final. That day, Putellas refused to take off her silver medal, a reminder of how far the team had come and how far it still had to go. “Alexia has no limits, she always wants more,” adds Llorens.

There was a time when it seemed the top awards were a distant dream for Putellas. While she has always been a talented player, she often went unnoticed and was overshadowed by some of those goalscorers she frequently assisted with her magical passes. But that time is over: this year Putellas has received pretty much every individual award for her outstanding season with Barcelona, a general consensus often lacking in the women’s game. Now, when Alexia Putellas plays, it is hard to find someone who is not looking her way.