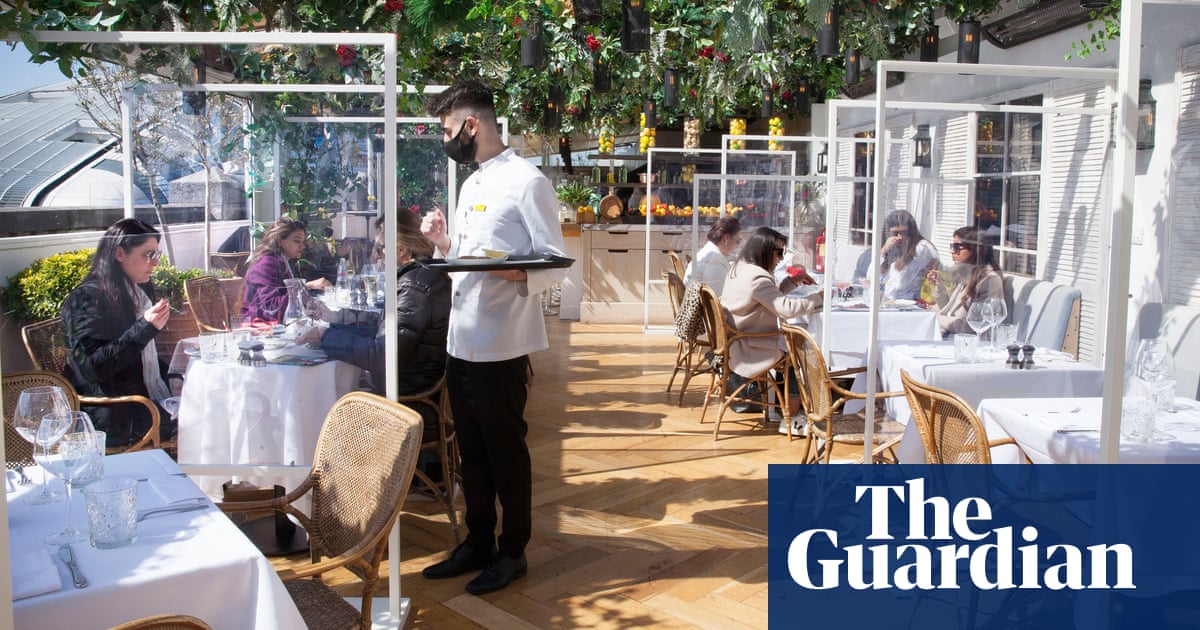 En route to Alto by San Carlo, op die dak van Selfridges in Londen, Ek het daaraan gedink hoe om lank in 'n warenhuis te eet, nooit iemand se idee was van "bestemming eet nie". Dis die deftige term, by the way, for a dining experience that you covet from afar, then map a journey towards, before packing a weekend suitcase to be within thrilling proximity of a big-name chef. No one ever felt like this about the all-day breakfasts at BHS Bournemouth. Of, for that matter, a scone with jam in an M&S cafe, which is generally a self-consoling act after another doomed search for a reliable strapless balconette bra. I’ve long argued that the goths and indie kids of Carlisle bankrupted the House of Fraser cafe by loitering all day discussing Bauhaus B-sides, sharing one 57p whipped cream-topped hot chocolate, before inevitably stealing the mug.

Egter, judging by the lengthy queue of customers standing in Oxford Street waiting to board the special lift to Alto, the mood towards in-store dining has shifted. I noticed this again on a recent trip to Native, which has taken root in the courtyard at the new Browns store on Brook Street. Pop in for Balenciaga sneakers and a Cire Trudon room spray, stay for six courses of fresh and foraged small plates.

Alto, once you’ve circumnavigated Selfridges’ fragrance department, which is temptingly close to the express lift, is an almost ridiculously chic affair: a pseudo-Sicilian sun terrace flanked with fake floral displays, real lemon trees, white linen tablecloths and a large menu of cicchetti. It is thoughtfully staged, in the best smoke-and-mirrors sense.

On a very sunny Saturday, for those first 10 glorious minutes after I arrived, sitting alone among a fabulous babble of guests and staff speaking mainly Italian, it felt briefly like all the awful stuff that went before – and still festers – was just a cheese dream and here I was on my holidays. This is what we’re asking restaurants to provide right now: not merely lunch, but a sort of Disneyland It’s A Small World experience, whisking us into another place entirely. Alto, it must be said, has this magical kingdom in buckets. The San Carlo group, which owns Alto, is a £60m empire with Italian restaurants in London, Bristol, Leicester, Liverpool, Leeds, Cheshire and Manchester, and bringing a large, established, slightly faceless operator such as this to Selfridges feels a good fit. San Carlo may not be a household name, but it is highly experienced in dealing with tourist groups and the high-end shopping crowd in a way that makes the joint remain chic and efficient.

All these smooth Sicilian vibes at Alto will also, hopelik, cushion the blow as you glance through the prices. Cicchetti-style dining, the server reminds us, requires four or five plates between two, and these are all rather small plates indeed, met, byvoorbeeld, a scoop of cep risotto coming in at £15.25 and lemon sole at £11.95, which sounds reasonable, but is very small and is meant to be shared. A goblet of very good, hot, devourable zucchini fritti is £5.80. Two cone-shaped, forgettable beef ragù arancini perched aside roast peppers are £6.85. Even the olives, if you’re choosing them to fill up the table, are just short of a fiver a bowl. I spied several tables of diners hoping to eke out the £12.95 “slider-style” mini-burgers, staring sadly at what turned out to be four gulps of fun.

Ah, fancy London prices, I’d forgotten about you. I’ll admit that, back in the old world, I’d grown inured over 25 years of ping-ponging around the capital, emptying my wages and purse-lint into its tills, my skin thickening towards bowls of chips for £5.80 plus service (of, in this case, patatine fritte al tartufo). Dit gesê, if you’re in Selfridges to buy your pants and socks when there’s a whopping great Primark over the road, there’s a chance you won’t be quibbling about paying £11 for a small plate of very good, spicy handmade paccheri pasta with a Tuscan sausage and Calabrian chilli sauce.

If the cooking at Alto was entirely loveless and cynically marketed towards turning tables to a one-time-only clientele, then the place would be a disaster, but there are flashes of excellence here. And even when things are only OK, they’re pulled off with glamorous aplomb. The plate of fritto misto is a generous, dramatically served seascape of battered calamari, large shell- and head-on prawns, whitebait and soft-shell crab served with tempura tarragon, which is beautiful yet utterly inedible, although after two or three glasses of rosé montepulciano, just like me, you will try.

For pudding, we shared a large glass of excellent chocolate and hazelnut gelatos laced with a posh, teeth-rattling take on Ferrero Rocher. I wasn’t complaining: it was the best lunch I’ve had for at least 18 maande. I left via the stairs, getting lost in the FAO Schwarz toy department on the fourth floor and stopping for a quick tipsy dance on a piano mat. A Saturday of Sicilian chic, sunshine, daft prices and public silliness. All things considered, I’ll have a bit of that.