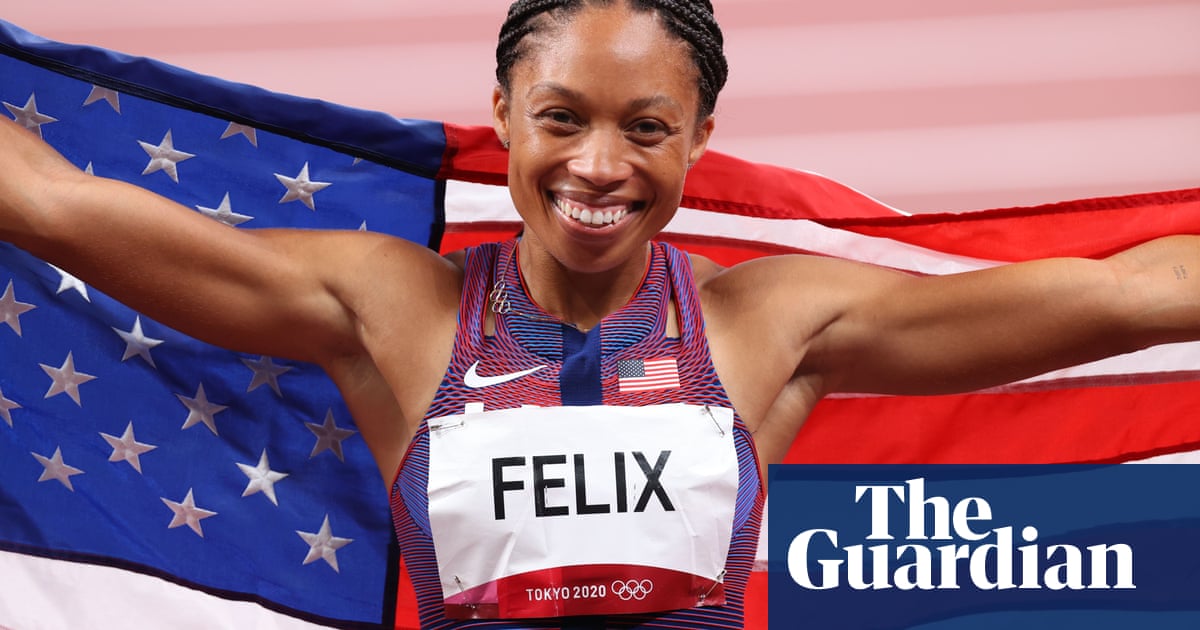 Allyson Felix won her 11th career Olympic medal on Saturday, combining with her American teammates to finish the 4x400m relay in 3 minutes, 16.85 seconds for a runaway victory.

The team of Felix, Sydney McLaughlin, Dalilah Muhammad and Athing Mu was never in jeopardy of missing out on gold. Poland finished second, 3.68 seconds behind, and Jamaica finished third.

Felix, who became the most-decorated woman in Olympic track history when she won bronze in the 400m on Friday night in Tokyo, now passes Carl Lewis with the most track medals of any US athlete. Of her 11 medals, seven are gold. Paavo Nurmi of Finland holds the all-time mark with 12 medals from 1920-28.

The win came on McLaughlin’s 22nd birthday, and gave her another gold to go with the one she captured when she set a world record (51.46sec) in the 400m hurdles earlier in the week.

Felix has spoken candidly about the struggle to come back from a difficult pregnancy that led to an emergency C-section and put the lives of both her and her baby in jeopardy. She’s spoken of the pressure she felt to return quickly, even when her body wasn’t responding the way it once did.

She also overcame one of her biggest hurdles leaving her well-cultivated private image behind to become a spokesperson for something much bigger. This week, she gave voice to the topic that’s been filtering through the Tokyo Olympics the pressure to win.

“When I line up for a race, I’m normally afraid,” she said in an essay on social media, posted only hours before Friday’s race. “I’m not afraid of losing. I lose much more than I win. That’s life and I think that’s how it’s supposed to be.”