All the butter: how chefs are transforming the world’s greatest spread 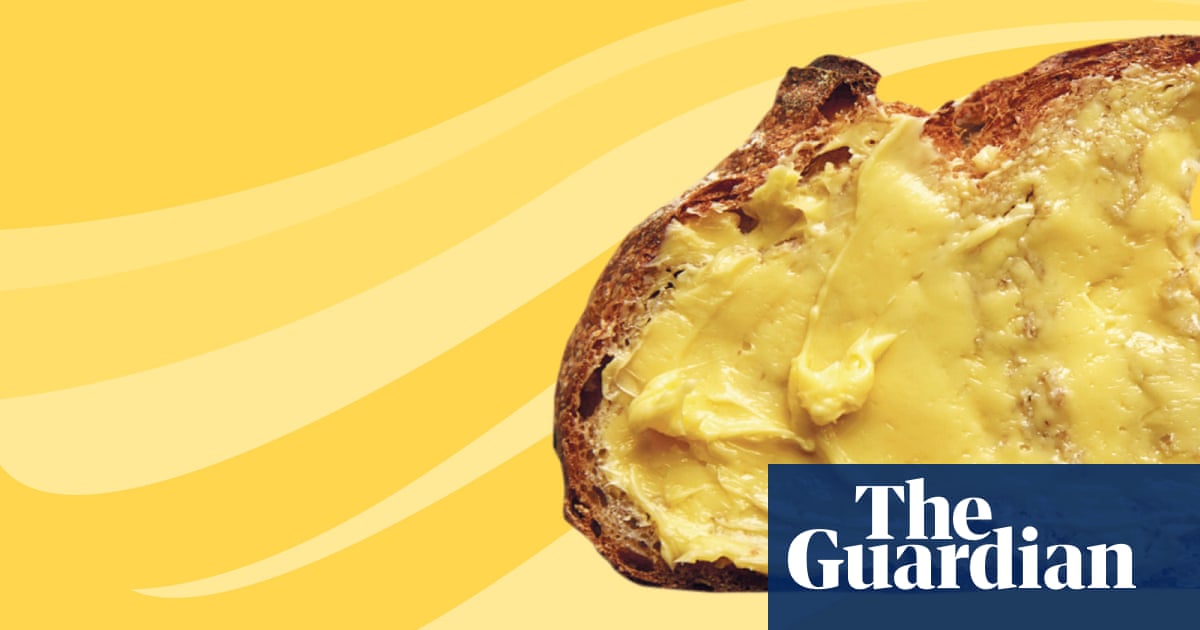 iot sounded like another fad – like the cereal cafe in east London, o il crisp bar in Soho. “This Colorado bistro is the world’s first butter bar,” ran the headline of an article announcing the opening of Bella La Crema, a US restaurant serving “flights” of handmade butters flavoured with spices or herbs. The comparison to beer and wine tasting boards jarred at first – but butter in its truest form is perhaps closer to wine than it is to crisps or cereal: there’s terroir in the pastures; technique in the churning; magic in the addition of bacteria cultures and (opzionale) flavours. And Bella La Crema, which has been delivering its beloved bourbon butter, rosemary and sage butter, house butter and chocolate butter around the US throughout their lockdowns, and has since started looking for its second site, might conceivably be the next step in a movement that has been quietly taking place in some farms, dairies and restaurants for years.

“It was in the Fat Duck that I first noticed it, around the turn of the millennium,” says Jay Rayner, the Observer’s restaurant critic. “There was a handmade goat’s milk butter with a pronounced cheesy edge to it. Quindi, nel 2006, Stephen Harris at The Sportsman in Kent showed how he churned butter from local milk and flavoured it with salt he made by boiling the seawater from the nearby shore.” Thereafter it became “a thing”. No longer content with packets bought wholesale, restaurants started buying cream, culturing it and churning it in-house. Chefs pushed the boundaries of flavoured butter, enveloping herbs, spices, vegetables and meat into its golden folds. Those who didn’t make butter on site started to source it direct from small-scale dairies – and, as demand grew, so did the number of butter-makers.

Butter is the cornerstone of classical cooking: the first food to hit the pan and, more often than not, the final flourish, used to finish off dishes or as a base for sauces. It’s a vehicle for flavour but it’s also delicious in its own right. Grant Harrison, of Ampersand dairy in Oxfordshire, makes his butter “as buttery as possible. We don’t add any flavours, just cream from high-welfare British cows’ milk cultured, aged and traditionally barrel churned.” Harrison, a former chef, now makes butter for such luminaries as Le Manoir in Oxfordshire and Chiltern Firehouse in London. “In summer, I can taste the wildflowers,” says Harris. “When butter is blended from hundreds of different farms in a factory, it loses its specificity and character – but if you make butter from the cream of a field of cows in their own lush pasture, it’s amazing. And when you cook with it, when you baste a fish or a piece of meat in your own butter, flavoured with your own sea salt, you get a dish that can’t be made by anyone else.”

In part, the move back to handmade butter reflects a more general shift toward ingredient-based cooking, and away from the molecular gastronomy of the 90s. Yet the fact that Heston Blumenthal – founder of the Fat Duck in Maidenhead and a pioneer of taking a more science-led approach in the kitchen – was at its forefront with his cheesy butter, alongside Harris, suggests there’s more to the trend than this narrative suggests. To make his leek butter, Tom Simmons of his eponymous restaurant in London Bridge swirls house-made leek oil and smoked salt into a whipped butter, then burns the leek tops to make a smoked ash, which is sprinkled over to finish. At Moor Hall in Lancashire, Mark Birchall whips up his own raw butter with a blend of local Jersey and holstein friesian cream and a sour cream culture, while at Oklava in London, Selin Kiazim concocts her addictive date butter out of medjool dates, spiced black rice vinegar and sugar.

When Robin Gill opened his first London restaurant, The Dairy, nel 2013, his smoked bone marrow butter was the stuff of legend – but when it came to his second, the Manor, Gill’s head chef wanted his own signature spread. So did chefs at subsequent openings. “The chef wants to express their own individuality,” he tells me, “and the butter is their first port of call.” Bread and butter is the new amuse bouche, the “first impression a diner will get of a restaurant, and a good way for the chef to have a bit of fun,” says Simmons.

Gill and Simmons have both noticed public enthusiasm for butter growing over the years, as sales of spreads such as Flora and I Can’t Believe it’s Not Butter have declined. "Il issues around mass production are more exposed,” says Gill. In her book Fat, Jennifer McLagen makes a compelling and well-evidenced case for butter, in terms of flavour and nutrition. “As food has become cheaper and more plentiful, we’ve increased our calorie intake, and the sources of those calories have changed radically … Our experiment with reducing [our consumption of animal fats] hasn’t made us healthier, and has robbed our food of taste.” Human nutrition is complex, she writes, “but for the majority of us, eating animal fat isn’t the death sentence we have been led to believe”. Infatti, the facts around butter haven’t much changed, says the NHS: it’s still a saturated fat; it should still be eaten in moderation. But popular opinion is increasingly of the view that “pre-industrial”, farm-to-table foods such as butter trump “industrialised” foods, such as butter-imitating spreads.

“Good butter brings a tangible link to our farmers, our landscape, that is deeply ingrained in our psyche,” says Trevor Gulliver, one half of London’s St John restaurant group. To Gulliver and his business partner, Fergus Henderson, butter – they use Glastonbury butter from Somerset – is as “essential as a knife and fork on the table”. “Spreading butter makes you stop and engage," lui dice. The taste and process of spreading good butter on good bread “conjures images of cows and fields,” he goes on, insisting that “these strange substitutes served under the banner of butter” can never compete.

Of course, such romantic ideals should be taken with a sprinkle of salt: even Gulliver acknowledges butter needs be enjoyed “in moderation.” “Butter is still a treat. It’s not something to have on a daily basis,” says the British Dietetics Association spokeswoman Rebecca McManamon. Butter from grass-fed cows can have more omega-3s, but don’t kid yourself about the health benefits: if you’re looking for essential fatty acids, “you’re better with salmon and mackerel”. Rather than slathering on the Lurpak, save your buttery moments for meals out – and, when you eat it, eat it not for the nutrients, but for its taste, its story and the delight to be found in simply spreading it on bread. 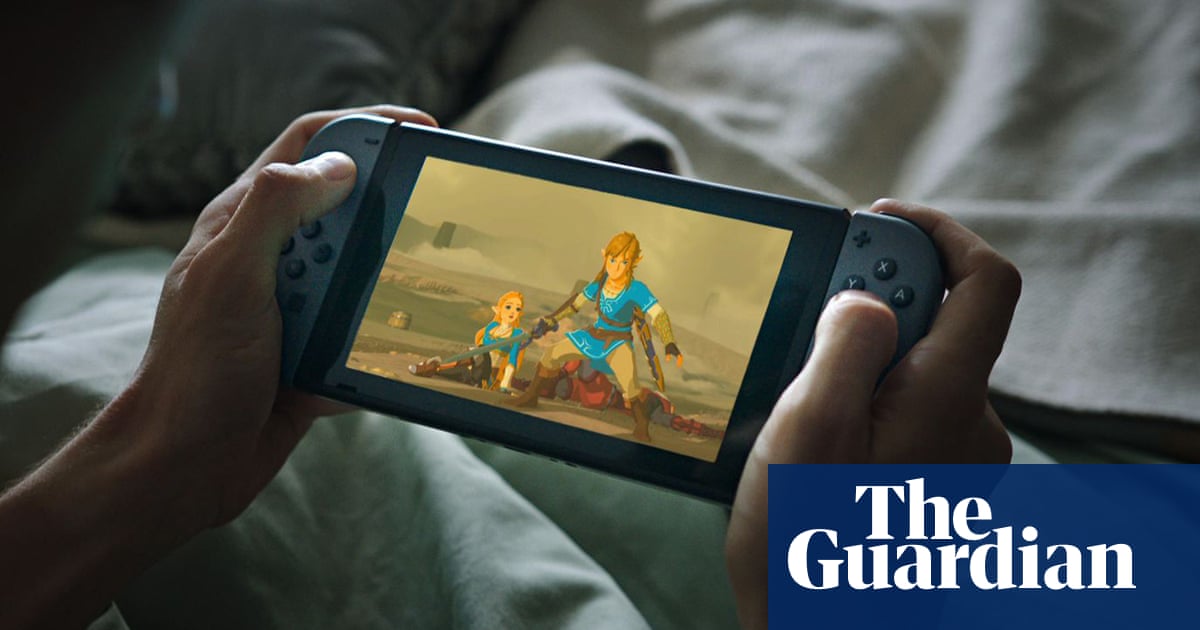 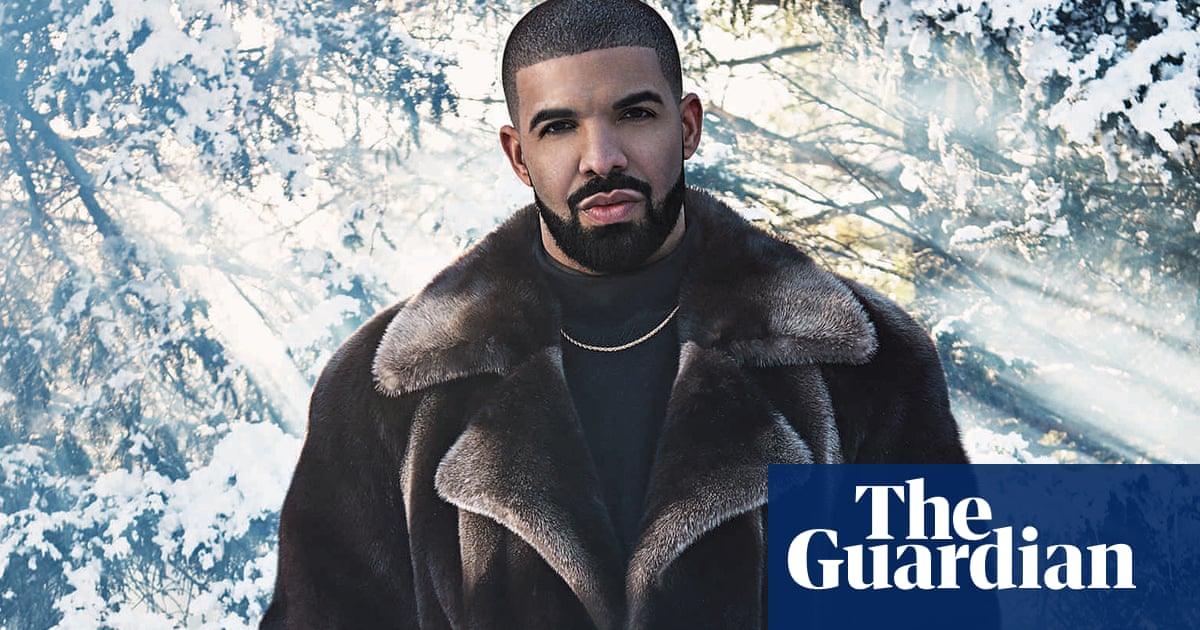 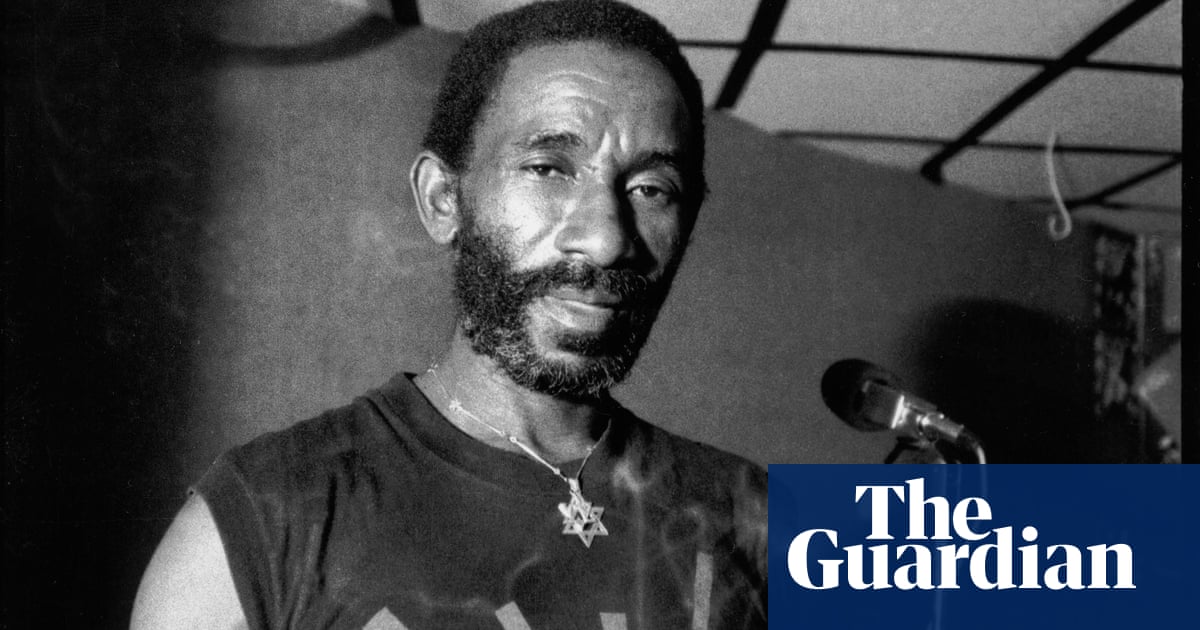 When I moved to Kingston, Jamaica, nel 2003 for a job, it was in the month that Lee “Scratch” Perry won the best reggae album Grammy for Jamaican ET, a record that, in true Scratch style, contained everything including... 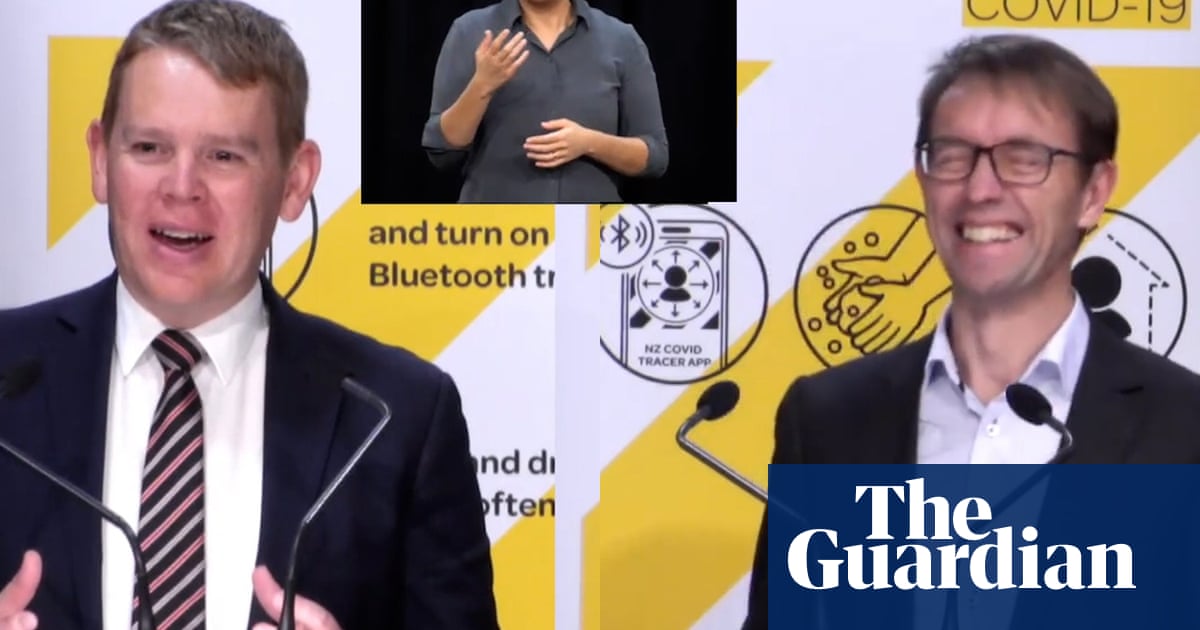 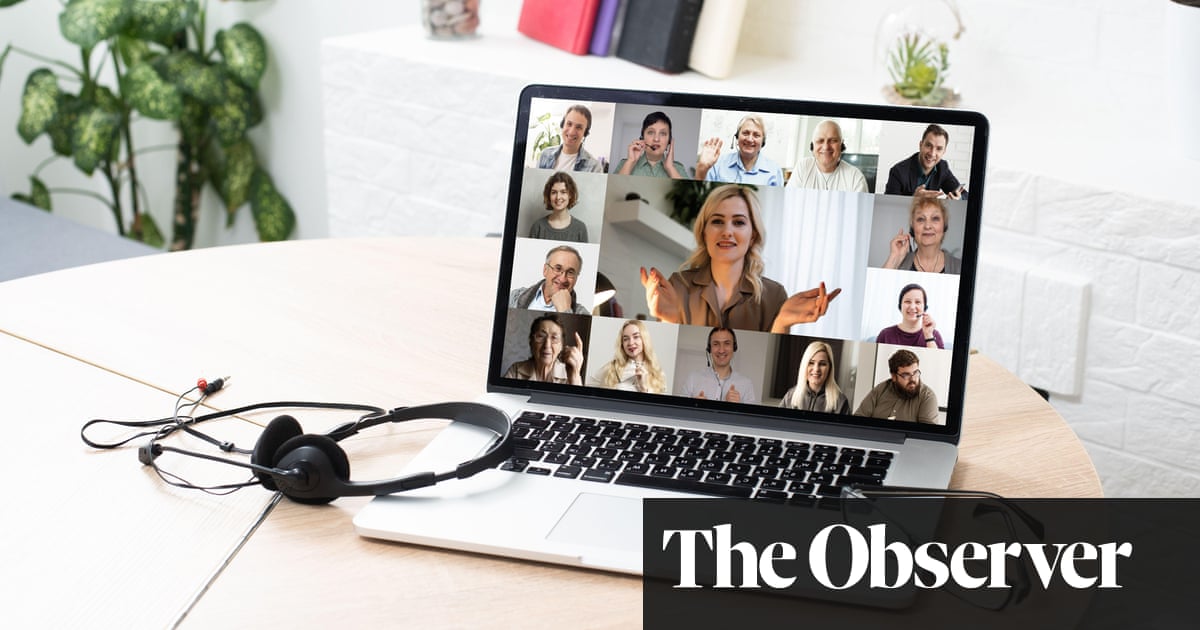 As ‘finfluencers’ spread through social media, beware the pitfalls

Depending on where you look on social media, making money seems to be straightforward. Learning how to buy a property in the UK with no money, or getting the basics of being a day trader in 30 minuti, are both lesson...