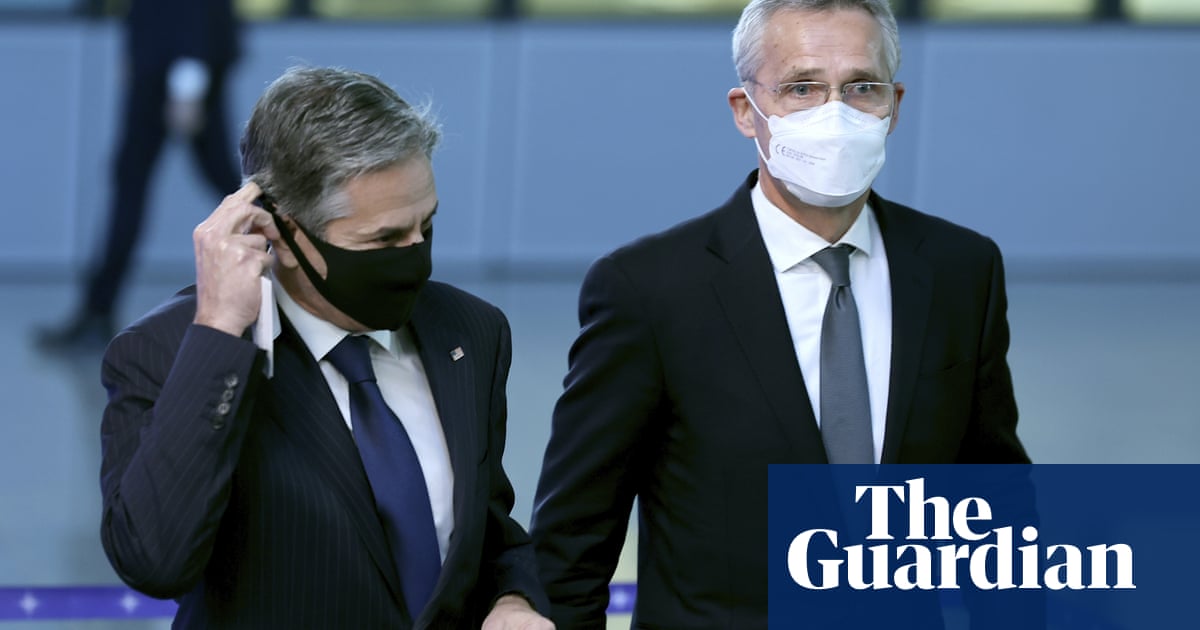 All 7,000 Nato troops – including around 750 from the UK – are expected to leave Afghanistan alongside US forces before 11 September, ending two decades of military intervention in the country.

The withdrawal plans are now being discussed by Nato foreign and defence ministers at a virtual meeting a day after the US said it would pull out its remaining 2,500 troops on the orders of President Joe Biden.

Antony Blinken, the US secretary of state, arriving at Nato headquarters in Brussels before the meeting said it was time for the military alliance to quit the country, amid fears that the Taliban could subsequently take over in Kabul.

“I am here to work closely with our allies, with the [Nato] secretary general, on the principle that we have established from the start: in together, adapt together and out together,” Blinken said in a televised statement at Nato headquarters.

“We will work very closely together in the months ahead on a safe, deliberate and coordinated withdrawal of our forces from Afghanistan,” Blinken said, standing alongside the Nato secretary general Jens Stoltenberg.

Alliance members are not expected to oppose the plans for a full withdrawal now the US has made its intentions clear – partly because they cannot guarantee their security of their own forces without the presence of the US.

On Tuesday, the Biden administration said it would begin the withdrawal in May and complete nearly 20 years after the attack on the World Trade Center in New York that began the long “war on terror”. The threat from the Taliban to the US is judged to be at a level where a military presence is no longer required.

Germany, which contributes 1,300 troops to the training and stabilisation mission, indicated it would support withdrawal ahead of the virtual meeting.

Annegret Kramp-Karrenbauer, the country’s defence minister told ARD public television: “We always said: we’ll go in together, we’ll leave together.” She added: “I am for an orderly withdrawal and that is why I assume that we [Nato] will agree to that today.”

Further details are expected to emerge at the end of the day when Blinken gives a press conference with US secretary of defence, Lloyd Austin, and Stoltenberg.

More than 2,300 US personnel have been killed and 20,000 wounded in the long-running conflict, in which an estimated 50,000 Afghan civilians have died. The Taliban were driven out of Kabul early in the conflict but more recently the security situation for civilians has worsened.

Action on Armed Violence, a research group that monitors deaths in conflict, said in 2020 that Afghanistan had the highest level of civilian casualties harmed by explosive weapons recorded by any country in the world, overtaking Syria. Last year the UN recorded 3,035 civilian fatalities in the country.

Formally, Britain was more circumspect, although defence insiders have acknowledged for some time that “if they [the Americans] go, we’ll all have to go. That’s the reality of it”.

A spokesperson for the UK Ministry of Defence said: “We are working closely with the US, Nato allies and partners to support a secure and stable Afghanistan. Any change to our security presence will be made in agreement with allies and after consultation with our partners.”

Britain played a major role in combat operations in the country between 2001 and 2014, leading the fight against the Taliban in the country’s southern Helmand province. A total of 454 British soldiers and civilians were killed on operations during the period, according to the Ministry of Defence.

The Trump administration had agreed to withdraw all forces by May, after striking a peace deal with the Taliban, in which the hardline Islamist group was to crack down on al-Qaeda, stop attacking international troops and engage in peace negotiations with the Afghan government.

The election of Biden as president last year prompted a review, but his final decision appears not much different. The previous orthodoxy had been to demand the Taliban meet certain conditions before US troops withdraw.

But on Tuesday, it was clear this had changed. A senior US official briefing reporters on the decision said: “The president has judged that a conditions-based approach, which has been the approach of the past two decades, is a recipe for staying in Afghanistan forever.”

However, in British circles there remains a concern that if the Taliban were to take over the government in Kabul, it would raise public questions as to the purpose of the military intervention, although the terror threat is judged to have reduced.