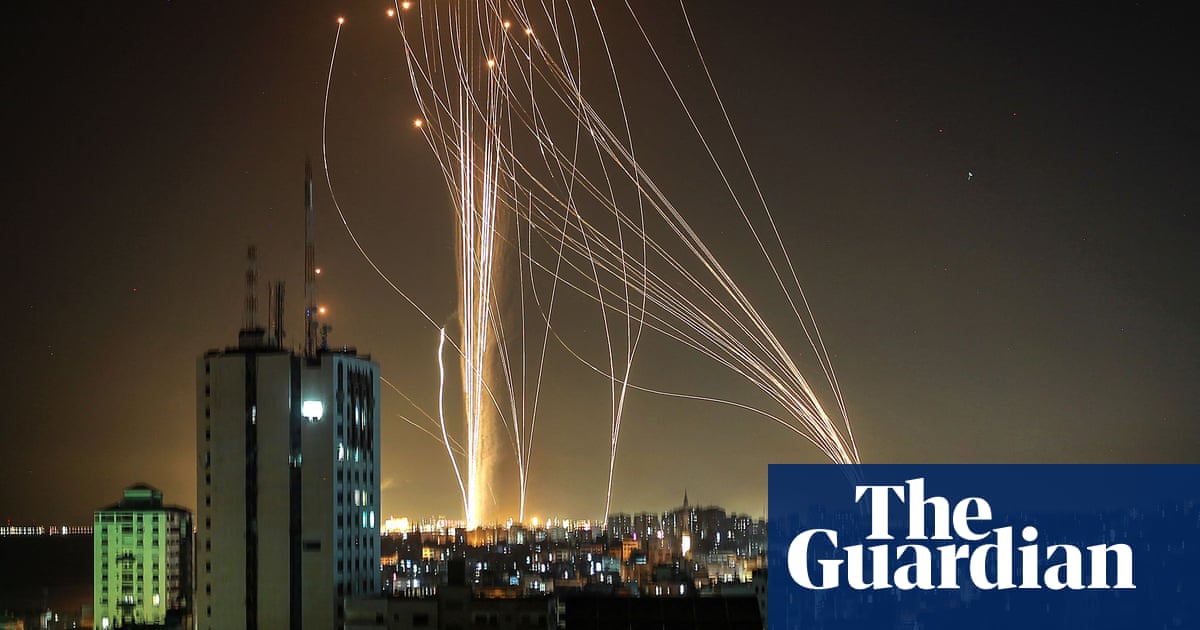 Tal Morry, a lawyer and mother, pretended to her five-year-old son that there was a firework show on. However, the ruse did not last long. “Other kids told him the truth,” she sighed.

That sense of safety was fractured on Tuesday night when Hamas, the Islamist militant group that rules inside Gaza, severely ramped up its attacks on Israel by launching what it said was 130 “heavy rockets” 30 miles (50km) north towards Tel Aviv.

Normally, he’d see a quiet, cobble-stoned suburban street, filled with gated semi-detached houses, each with trees in front and a place to park. The house across the street, number 16, has a quad bike out front.

On Tuesday night, he could not see the street at all. “All I saw was fire,” he said. “Big fire.” Across the road, a rocket had struck directly in front of number 18, killing a woman who lived there and leaving a whole section of the street in ruins.

Hamas militants in Gaza are infamous for their simple homemade rockets, called the Qassem after the group’s Qassem brigades, but this was something much bigger. About 10 cars had been destroyed. One was barely recognisable as a vehicle, with only its blackened chassis and some wheel parts remaining, as well as the lingering smell of burnt petrol. Kanadurov’s own house lost its windows, part of its roof and was littered with gashes where shrapnel had embedded.

He barely had time to check on his family when more sirens went off again. “The sound of bombing continued for 20 to 25 minutes,” Kanadurov said. “There was silence for one or two hours. Then again, every 10 minutes, a siren.”

This week, as a spiralling conflict intensified, it appeared that militants have tried to overwhelm or work around the system by firing dozens of rockets at once, all at the same area. Conricus denied the rockets were “outsmarting the Iron Dome” but said they were longer range and larger than those used in the previous fighting.

“I don’t know who made these decisions,” she said, asking to give only her first name. “It’s due to stupidity, simply stupidity.”

Unresolved anger around Israel’s treatment of Palestinians and its ever-deepening military grip over their lives has been bubbling in the holy city for months. More recently, a wave of evictions and demolitions, as well and police action to prevent people from gathering on steps outside the Old City during the Muslim holy month of Ramadan, has inflamed the situation.