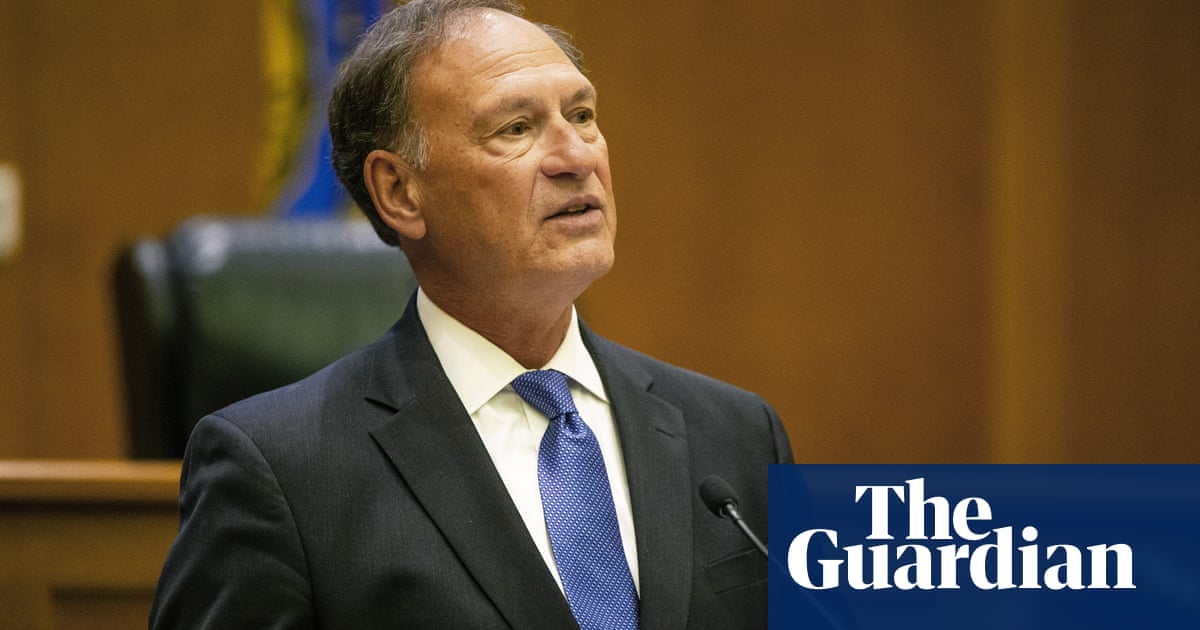 Samuel Alito has become the latest US supreme court justice to defend the panel’s political independence, labeling criticism of recent ultra-conservative decisions including a tacit approval of an abortion ban in Texas as attempted intimidation.

Alito’s speech at the University of Notre Dame on Thursday echoed comments from Amy Coney Barrett and Clarence Thomas, fellow conservatives who insisted their decisions were not guided by political beliefs.

All three are among the conservative majority that allowed the nation’s most extreme abortion law to take effect last month in a 5-4 decision. The court also interrupted its summer recess to issue emergency rulings to deny Biden administration efforts to extend a Covid-19 eviction moratorium and rescind a Trump-era immigration policy.

“The catchy and sinister term ‘shadow docket’ has been used to portray the court as having been captured by a dangerous cabal that resorts to sneaky and improper methods to get its ways,” Alito said at Notre Dame, referring to increasingly common emergency applications that come before the justices outside regular sessions.

“This portrayal feeds unprecedented efforts to intimidate the court or damage it as an independent institution. There was nothing new or shadowy about the procedures we followed in those cases. It’s hard to see how we can handle most emergency matters any differently.”

Recent polls by Gallup and Marquette University Law School show public confidence in the court at an all-time low. In particular, allowing Texas to ban all abortions after the detection of embryonic cardiac activity, usually around six weeks, drew a furious backlash from critics who saw it as a de facto reversal of Roe v Wade, the 1973 ruling that protects the right to abortion.

In a scathing dissent, the liberal justice Sonia Sotomayor wrote: “The court silently acquiesced in a state’s enactment of a law that flouts nearly 50 years of federal precedents. The act is a breathtaking act of defiance – of the constitution, of this court’s precedents, and of the rights of women seeking abortions throughout Texas.”

“Put aside the false and inflammatory claim that we nullified Roe v Wade,” he said. “We did no such thing. And we said that expressly in our order. The application was filed about 36 hours before the law was scheduled to take effect. It was impossible to have oral argument during that period of time.”

The court will return to abortion in its next session, which convenes on Monday. On 1 December the justices are scheduled to hear arguments on an appeal by Mississippi, which is defending a law banning abortion after 15 weeks and asking the court to overturn Roe v Wade.

Alito’s decision to join Barrett and Thomas in attacking critics and saying decisions are made on philosophical rather than political grounds angered observers who have noted the “friendly” venues for such speeches.

Alito and Thomas spoke at Notre Dame, a college in Indiana with a strongly conservative student base where in 2019 the then attorney general, Bill Barr, delivered an address on religious freedom that some saw as a “dog whistle” to Trump-aligned conservatives.

The court, Barrett insisted, “is not comprised of a bunch of partisan hacks”, while judges must be “hyper-vigilant to make sure they’re not letting personal biases creep into their decisions”.

The veteran liberal justice Stephen Breyer has also defended the court, telling CNN last month he believed the panel was driven by judicial philosophy, not politics.

“It isn’t really right to say that it’s political in the ordinary sense of politics,” said Breyer, 83.

In June, a group of legal scholars said Breyer should retire, to allow Joe Biden to fulfil his promise of nominating a black female justice. Breyer has said he does not intend to die in office, but has not committed to stepping aside.