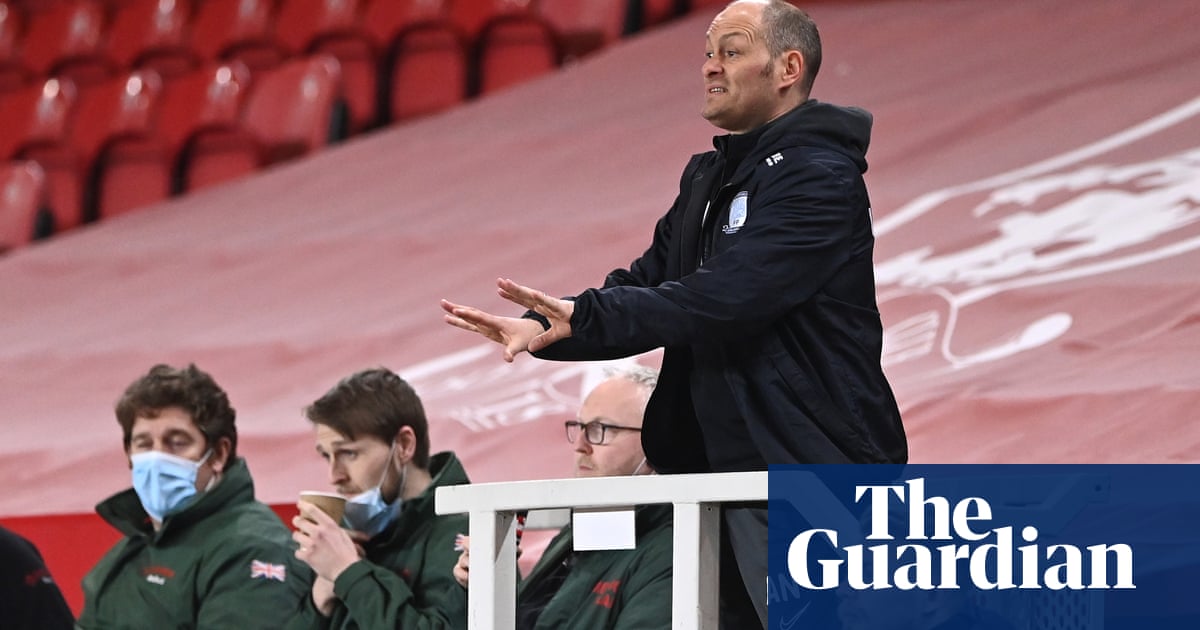 Alex Neil has left Preston North End after almost four years in charge, with the team 16th in the Championship table after a run of one victory in nine league games.

“Preston North End Football Club can confirm that it has today parted with the services of its manager, Alex Neil,” an official statement said. The Scot’s departure from Deepdale comes on the back of Saturday’s 1-0 home defeat to Luton.

“Alex joined the club in the summer of 2017 and he leaves us with our thanks and very best wishes for the future,” the club added. “It is the intention that Frankie McAvoy [Neil’s former assistant] will take up the position of interim head coach, and work with Steve Thompson, Mike Pollitt and Paul Gallagher in taking the team for the remaining eight games of the season.”

Neil led Preston to a seventh-placed finish in his first season, 14th in his second and ninth last term, but had been unable to maintain a push for the play-offs this season. North End sit nine points clear of Rotherham in 22nd, although the Millers have four games in hand.

Health authorities in Spain have issued an alert over a possible outbreak of monkeypox after eight men showed symptoms compatible with the viral infection, which has already been detected in the UK and Portugal. で ...