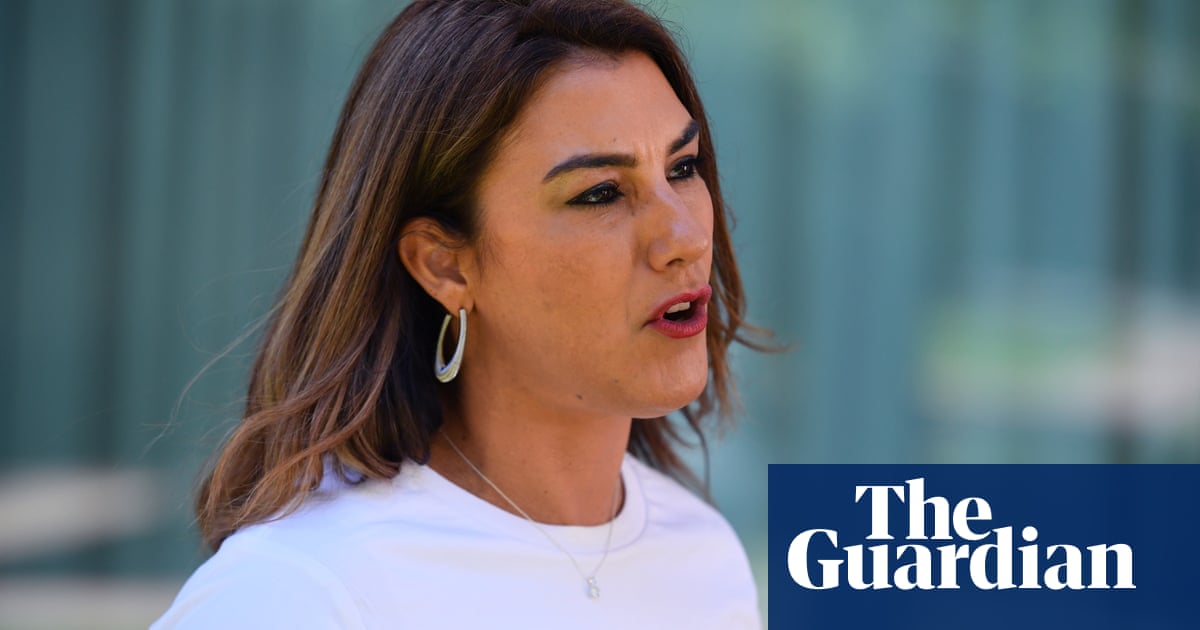 The Albanese government is under pressure to withdraw an appeal seeking to restore the commonwealth’s power to deport Aboriginal non-citizens.

The Greens senator Lidia Thorpe has written to the attorney general and Indigenous affairs minister asking them to pull the case, started by the Morrison government, which Thorpe labelled an “insult to the oldest continuing culture of the world”.

The request to withdraw the appeal has been echoed by legal academics and the lawyer for Brendan Thoms and Daniel Love, two men who won a landmark case in February 2020 establishing that Aboriginal people cannot be aliens.

In October Guardian Australia revealed the Morrison government was attempting to use the case of Shayne Montgomery, a New Zealand citizen culturally adopted as Aboriginal, to overturn that precedent.

In November, the federal court ordered Montgomery to be released from immigration detention, sparking a commonwealth appeal to the high court which was heard in April. The court reserved its decision.

At least a dozen people have been released from immigration detention because they were found to be Aboriginal non-citizen non-aliens. If Love and Thoms is overturned, the Migration Act requires they be taken back into detention unless they are granted visas.

Thorpe, a DjabWurrung Gunnai Gunditjmara woman and the Greens First Nations and justice spokesperson, wrote to Mark Dreyfus and Linda Burney on 6 June asking the new government to withdraw the appeal.

Guardian Australia understands the Labor government has sought legal advice about the visa status of non-citizen non-aliens but it is not clear if it has asked for advice about withdrawing the case.

In January, the then shadow home affairs minister Kristina Keneally said the Coalition “should abide by the high court’s ruling” in Love and Thoms, but Labor did not specifically commit to withdraw the Montgomery case.

Thorpe said “Aboriginal people cannot be aliens to this country, and Aboriginality must be self-determined by First Nations people, not by the colonial state”.

“Our people are inherently connected to the land of this country,” she said.

“Appealing the Love decision would deny that very connection and be an insult to the oldest continuing culture of the world and can indeed be regarded as an attempt to eradicate our history and culture, and thereby our people.”

In her letter, Thorpe argued withdrawing the case would allow the government “to move forward with the best interest of First Nations people in this country at heart”.

The original Love and Thoms decision was decided in a four-three split decision, with the chief justice Susan Kiefel in the minority.

Since it was handed down, two judges in the majority retired and were replaced by the Morrison government.

George Williams, deputy vice-chancellor of the University of New South Wales, said court judgements shouldn’t be overturned solely because of personnel changes on the bench.

Williams said there was “likely” no bar to withdrawing the appeal “as parties are free to discontinue proceedings or to settle prior to judgement being delivered”.

Eddie Cubillo, associate dean and senior research fellow of Indigenous programs at the University of Melbourne, said the case should be withdrawn.

“Love and Thoms was a significant advance in the relationship between the commonwealth and Aboriginal and Torres Strait Islander people,” Cubillo said.

“I’s the first time the high court recognised the distinct legal status of Indigenous people under the constitution.

“The ink hasn’t even dried on [a decision of] the highest court in the country and they’re already going back and trying to change the umpire’s decision. That’s not a model litigant, there.”

Cubillo also questioned whether it was consistent with the rule of law for the government to seek to “take advantage of that fact that two of the majority judges” had retired.

On 8 June the high court ruled that Thoms was not unlawfully detained in immigration detention in the two years prior to its landmark decision in February 2020, holding that the Migration Act can validly authorise detention of people who are “reasonably suspected of being unlawful non-citizens”.

Thoms’s lawyer, Claire Gibbs, said she was “very disappointed” with the outcome.

“[Thoms] spent more than 500 nights locked up in immigration detention. He deserves justice and accountability for the way he was treated and the ongoing harm it has caused.

“The federal government now has an important opportunity to ensure that the findings of the historic Love Thoms case are upheld and followed, so that no First Australians will ever again be declared aliens and threatened with deportation.”