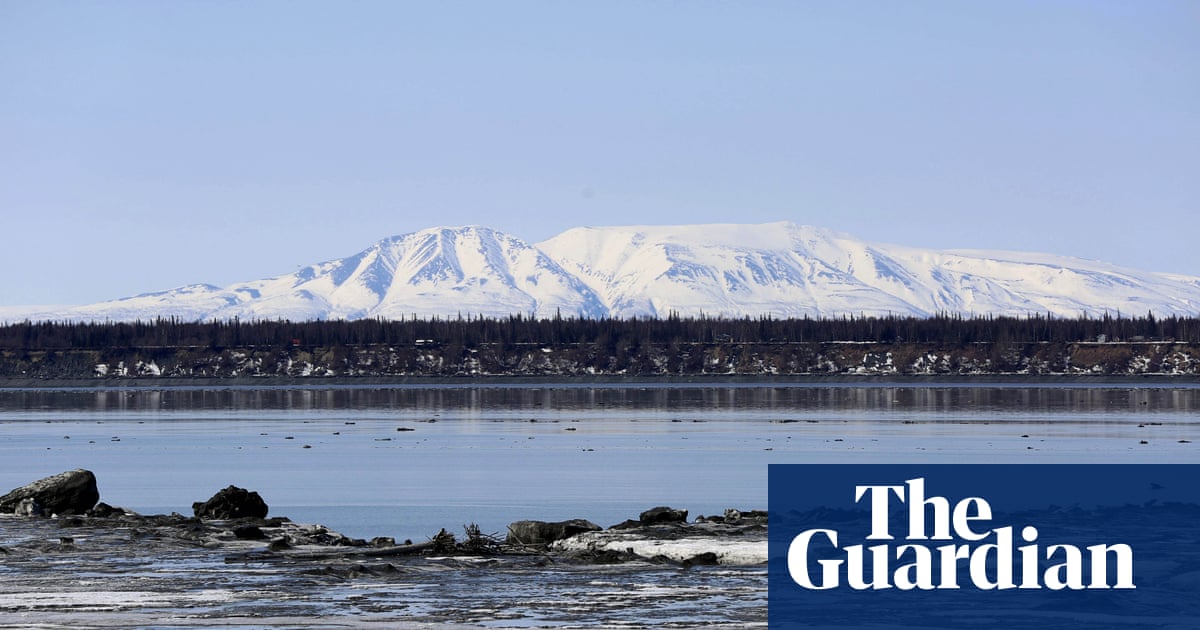 Un Alaska man walking on a shoreline wound up clinging to a chunk of ice for more than 30 minutes in frigid water when the shoreline ice broke loose and carried him out into Cook Inlet.

Jamie Snedden, 45, of Homer, was rescued on Saturday near the community of Anchor Point on the Kenai Peninsula. He was taken to a hospital, where he was treated for hypothermia. He was expected to fully recover, Alaska wildlife troopers said.

Snedden “was reported to have been walking along the shoreline on the ice when it broke free and drifted into Cook Inlet with the outgoing current”, a troopers spokesman, Tim DeSpain, said in an email to the Associated Press on Monday.

Snedden was swept about 300 yards (274 meters) out into the inlet, near the mouth of the Anchor River.

Jeremy Baum, an Alaska wildlife trooper, arrived and saw only Snedden’s head and arms visible above water as he clung to the ice chunk. Snedden was not wearing any type of personal flotation device.

The fishing vessel Misty was about three miles away and responded to an urgent marine broadcast seeking help. The Misty arrived about the same time as Baum, who launched an inflatable pack raft and rowed to Snedden’s location.

Snedden was pulled aboard the Misty, with assistance from the ship’s captain, Shane Balkely, and his clients.

“Without their help it would have been much more challenging to rescue Snedden and get him to EMS as quickly as we did,” Baum said.

Snedden was conscious and breathing, but very hypothermic after being in the cold water between 30 e 40 minuti. The US coast guard reported the air temperature was 30F (-1.11C), and the water was 38F (3.33C).
The Misty maneuvered to within 100 yards of the Anchor Point boat launch area to meet awaiting medics.

Snedden was then transferred to the Misty’s 8ft inflatable raft. Using both the smaller pack raft and the Misty’s raft, Baum rowed Snedden back to shore.

Attempts on Monday to contact Snedden were not immediately successful.