Airbnb has reportedly listed more than a dozen properties on land owned by the Xinjiang paramilitary corporation, which has been sanctioned by the US over its alleged involvement in mass human rights abuses against Uyghurs by the Chinese government.

The American media outlet Axios reported on Wednesday that the short-term rental company was at risk of exposure to US regulations preventing business dealings with sanctioned entities. Airbnb, which is a major sponsor of the 2022 Beijing Winter Olympics, said it was not required to vet the “underlying landowner” of properties it lists.

Airbnb includes hundreds of listings for accommodation in Xinjiang, including some close to sites known to house mass detention facilities. Axios said it had identified 14 properties owned by the Xinjiang Production and Construction Corps (XPCC), one of several parties sanctioned by the US government in 2020 over its alleged connection to serious rights abuses against ethnic minorities.

For several years Chinese authorities have run a crackdown on the minority populations in Xinjiang province, using strategies and policies found by multiple governments, human rights and legal groups to be crimes against humanity, and by some governments, including the US, to be genocide.

US regulators largely rely on businesses to self-report concerns, and Airbnb has previously done so in regard to users in Cuba and Crimea. An Airbnb spokesperson, Christopher Nulty, told Axios that the company took its US Treasury obligations “incredibly seriously”.

“Ofac [Office of Foreign Assets Control] rules require Airbnb to screen the parties we are transacting with, not the underlying landowners,” he said. “We screen all hosts and guests against global government watchlists, including Ofac’s specially designated nationals and blocked persons list, including the hosts associated with the listings raised by Axios.”

The Guardian has contacted Airbnb in the US, Australia and New Zealand for a response.

The US sanctions against the XPCC, issued during the Trump administration in July 2020, generally prohibit all transactions by Americans or people within the US which involve the property or interests of the sanctioned parties.

The XPCC, a state-owned paramilitary and economic corporation, administers control over large parts of Xinjiang and is responsible for its economic development. It is known to operate some of the detention camps where as many as a million Uyghurs have been interned, and is heavily involved in the cotton trade, which the US and human rights groups say is linked to forced labour.

Leaked documents published this week showed links between the crackdown and policy goals set out by senior Chinese Communist party leaders, including Xi Jinping, in speeches from 2014.

Beijing has long denied the accusations of human rights abuses, and says the detention camps and labour programmes are vocational training schemes tied to its anti-terrorism and poverty alleviation efforts.

With blanket government denials of abuses in Xinjiang, the province is a popular tourist destination for domestic Chinese travellers, and the government has aimed to more than double annual visitor numbers by 2025 to 400 million. 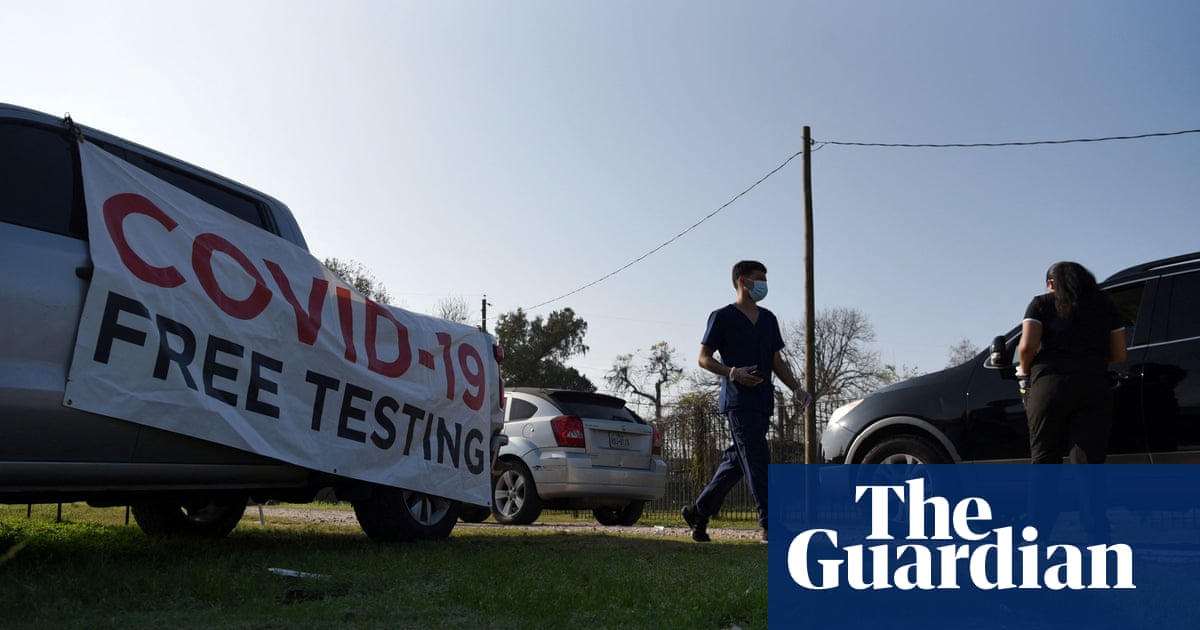 A Houston mother has been charged after allegedly placing her 13-year-old son in the trunk of her car in an attempt to isolate him after he tested positive for Covid-19, then took him to a drive-thru testing site. In ...