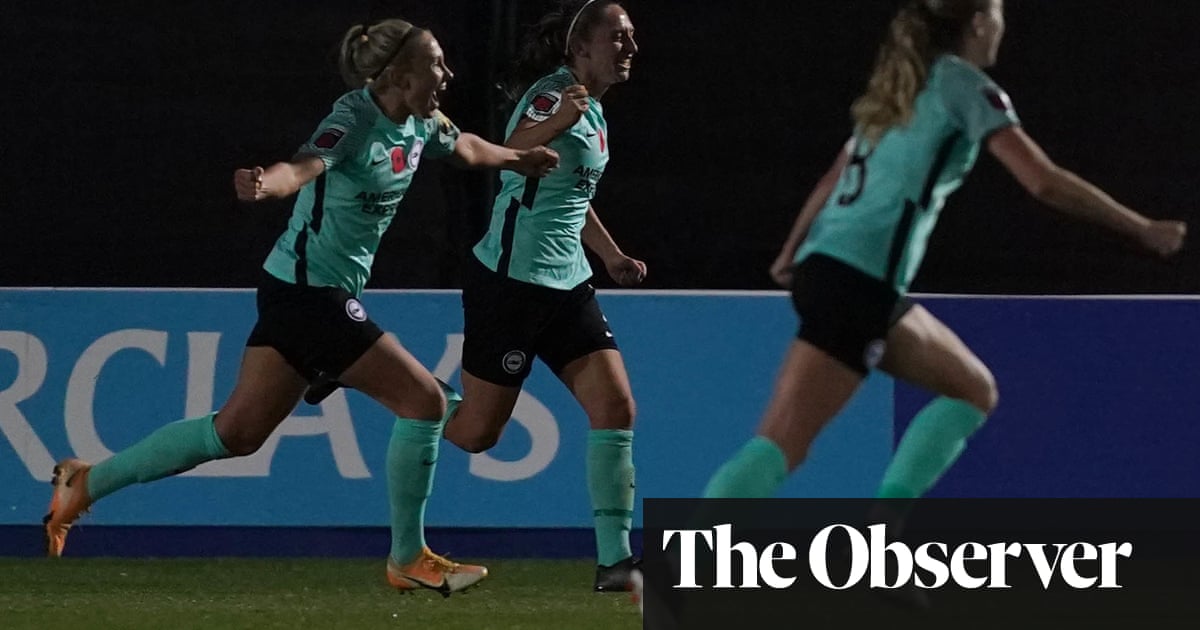 Everton’s new manager, Jean-Luc Vasseur, urged patience after Aileen Whelan’s second-half header lifted Brighton to third in the Women’s Super League at the expense of his team in his first league game in charge. “The project is long and we need to be patient,” said Vasseur. “Win or not winning, we need to build, that’s what’s important.”

The 52-year-old former Lyon manager may have begun his tenure with a win on Wednesday night, when Everton beat Leicester City 3-1 in the League Cup, but a reversal of the team’s WSL fortunes is sorely needed.

A turnaround will come “the sooner the better”, said Vasseur. “I don’t have control over time. I arrived one week ago, we’ve had two games, so we don’t have time to put in the new method. You always need time as a new manager to change things. Today we are disappointed in defeat but in defeat you learn and it’s important to learn in every game.”

Everton have taken only six points from their opening six fixtures and sit in eighth, and both Manchester City and Reading are able to leapfrog them with wins on Sunday . The Blues’ poor run of form prompted the removal of Vasseur’s predecessor, Willie Kirk, who took charge of a side at the bottom of the table in 2018 and guided them to a fifth-place finish last term.

Vasseur comes with Champions League pedigree, having guided Lyon to their fifth consecutive European title in the 2019-20 season before being dismissed after failing to progress past Paris Saint-Germain last season.

Brighton, under Hope Powell, did not offer the cannon fodder that a new manager would perhaps like to meet soon after their arrival. They are dark horses this year, with Powell’s patient and discreet work easing them up the table each year. The patient work of the Brighton hierarchy, who paid a fee for a player for the first time when they signed Danielle Carter in the summer, contrasts starkly with that of big-spending Everton, who recruited some of Europe’s best talent, including the Swedish trio of Hanna Bennison, Anna Anvegård and Nathalie Björn.

Perhaps because of the effects of the fierce winds whipping through Walton Hall Park, there was a lack of intensity to the opening 45 minutes of a game that would potentially mark a shift in the fortunes of the hosts or the continuing rise of their guests. With Everton unchanged from their midweek cup game, they dominated possession but had nothing to show for it, with two shots on target apiece at the break.

In the second half Brighton punished the profligacy of Everton. First the defender Maya Le Tissier went close after the former Evertonian Inessa Kaagman sent the ball towards her at the far post. Then, just past the hour mark, Brighton took a deserved lead. The former Arsenal forward Danielle Carter combined nicely with Lee Geum-min and then sent in a cross that was nodded in by Whelan, who had scrambled in front of the goalkeeper Sandy MacIver.

The win was impressive testament to the improved consistency of Brighton, who had won nine of 14 league matches before meeting Everton – as many wins as in their previous 49 games in the competition. They also look well organised, with Powell doing well to utilise the talents of the players at her disposal.

Meanwhile, Everton play without an identity and whether Vasseur is able to enact his vision quick enough to impress the board – and buy him the time needed to do more than halt this team’s slide – remains to be seen. The positives? “The mindset of the team because players tried and tried,” said Vasseur. “And my team believes in the project, Today is not a good day for us but they believe in what we are doing.” 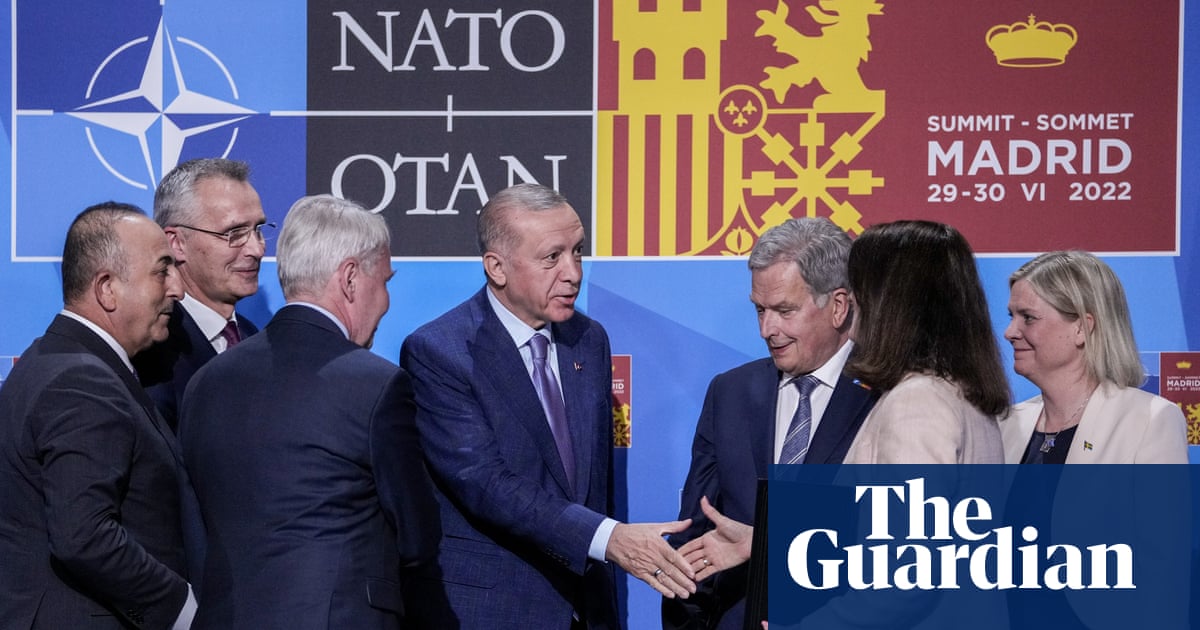 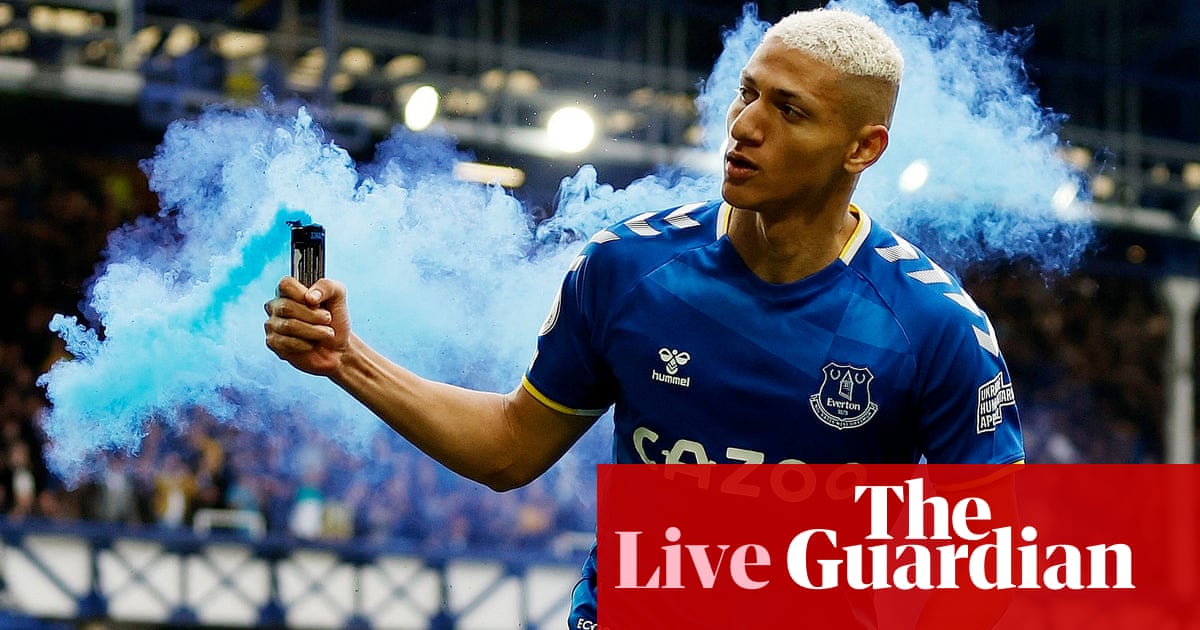 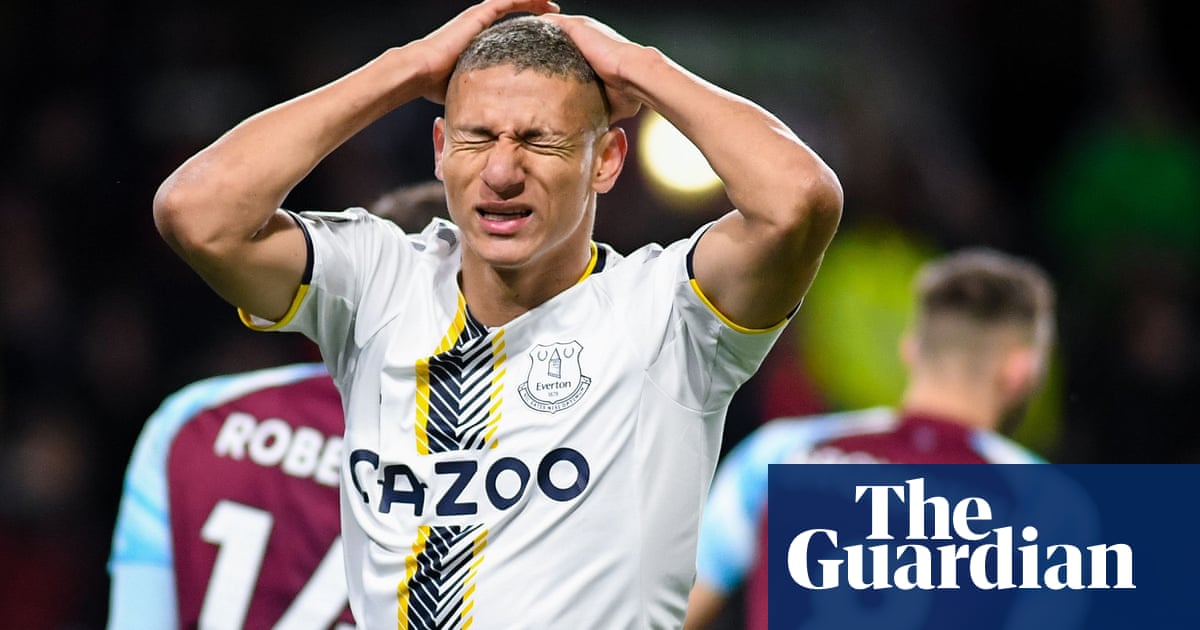 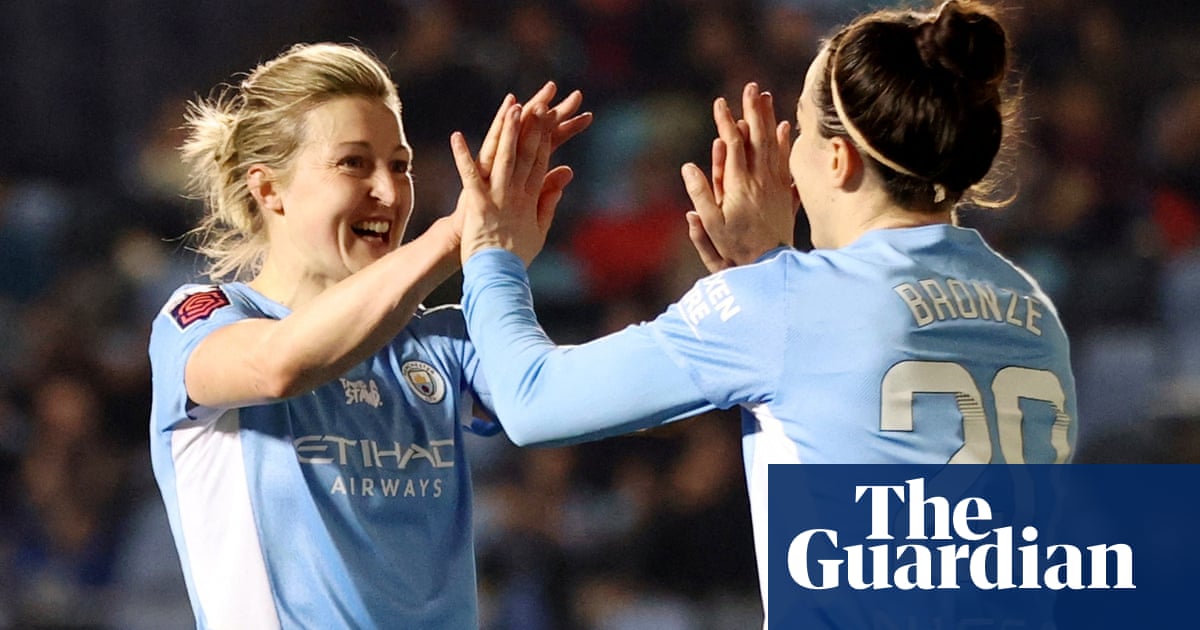 Manchester City moved level on points with third-placed Manchester United after a 4-0 Women’s Super League victory against Everton. City, who knocked Everton out of the FA Cup 4-0 on Sunday, repeated the dose in empha... 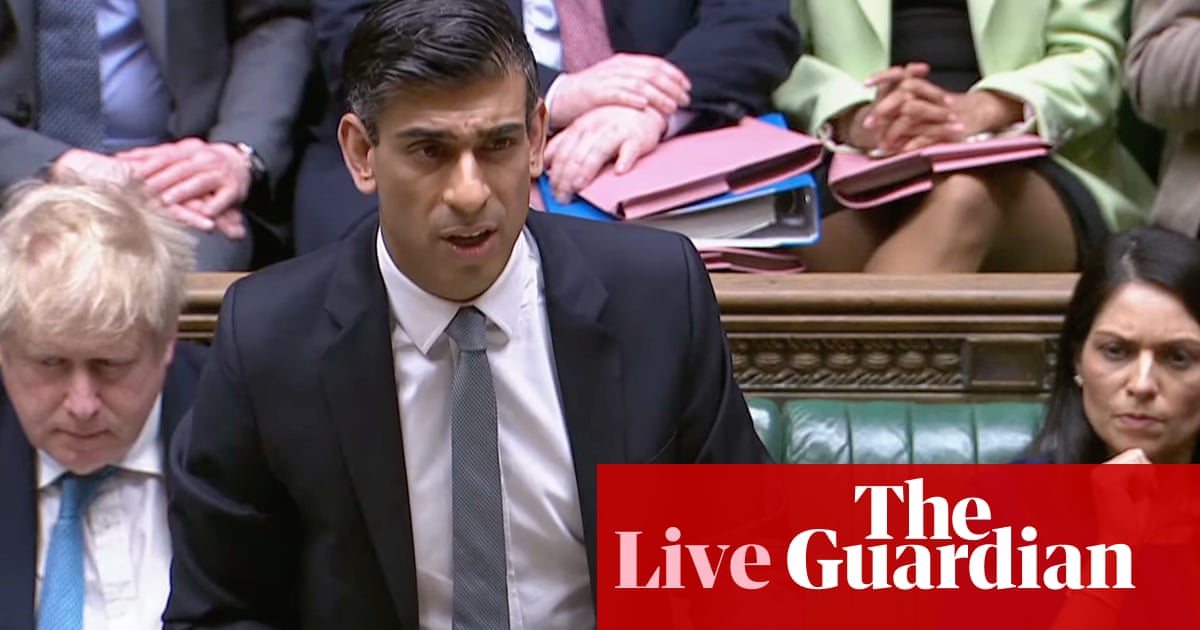 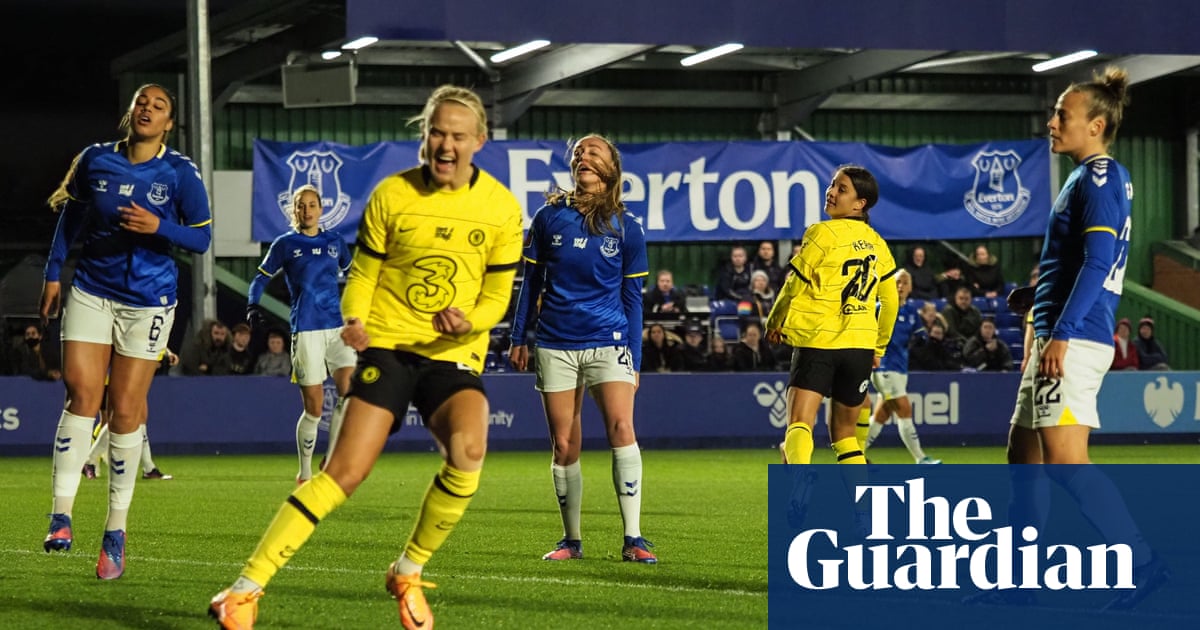 Emma Hayes cautioned that Chelsea have the tougher run in after her side cut Arsenal’s lead at the top of the Women’s Super League to two points with a comfortable 3-0 defeat of Everton. “Everyone knows we’ve got the ...