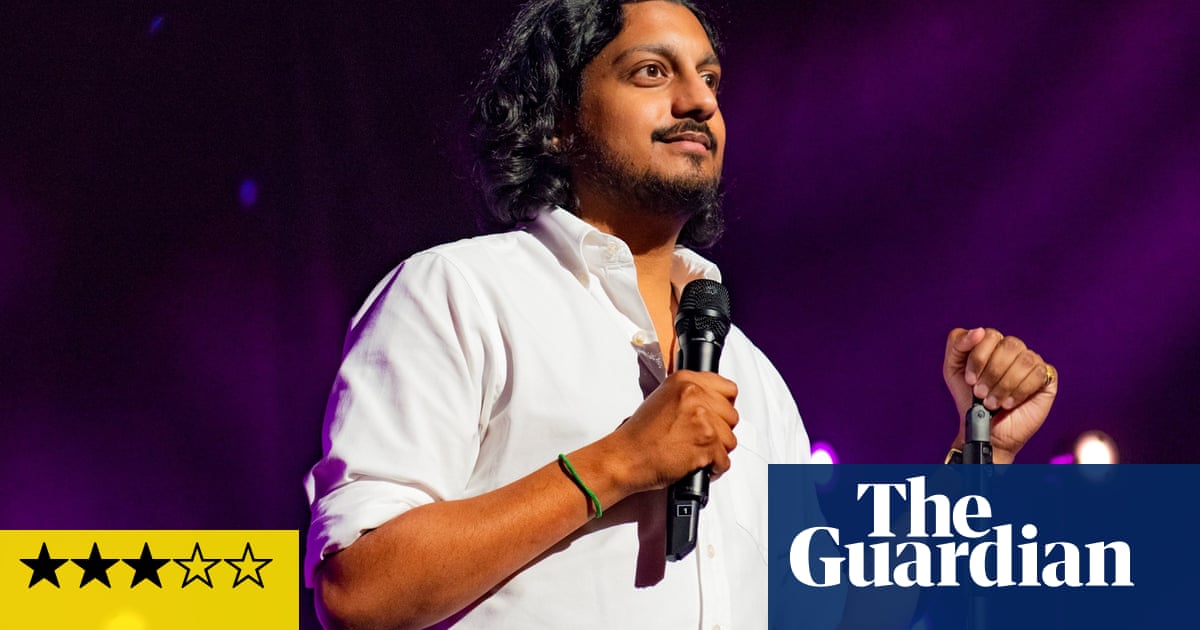 “A chronicle of everything that’s happened to me over the last 18 months,” is how Ahir Shah introduces his new show, Dress. It begins with the two-time Edinburgh comedy award nominee on top of the world in January 2020, and traces his journey – an in-demand comic suddenly out of a job, a singleton newly under house arrest with his new girlfriend – through the coronavirus era. It’s one of the first shows I’ve seen to make the lockdown experience its focus, and comes with Shah’s usual mix of philosophy, soul searching and bleak laughter in the face of a cruel world.

If it doesn’t pack as big a punch as 2019’s Dots, it’s because the thinking is less deep and less integrated into the show. There is a succession of eye-catching social-satirical observations – such as the one about wanting to be rich enough to have really left-wing kids – but they’re unmoored from the wider narrative. The lessons Shah derives from living through Covid-19 are commonplace by comparison – a danger he identifies at the top of the show.

There’s also an uncertainty of tone here – an occupational hazard for a comic who packs so much into his work. His voice feels overamplified, but it doesn’t help that Shah is pushing so hard against the material. References to his depression (the subject of previous shows) are dropped in a little awkwardly. An anecdote about meeting his father under lockdown works its way to a strikingly tender conclusion – which is then undermined with a cynical and unnecessary punchline.

Far better when he lets the emotional honesty speak for itself, as with a closing section that looks at new love through the lens of the Bhagavad Gita. There’s a lovely running joke, too, about his delight in his newfound role as a househusband, making soup while the plague rages out of doors. On parallel tracks to this domestic narrative, combative setpieces take down woke capitalism and – a standout, this one – make hay with the sensitivities around Covid-19’s contested origin story. There’s some smashing material here, in the process of coalescing, I suspect, into an effective show.