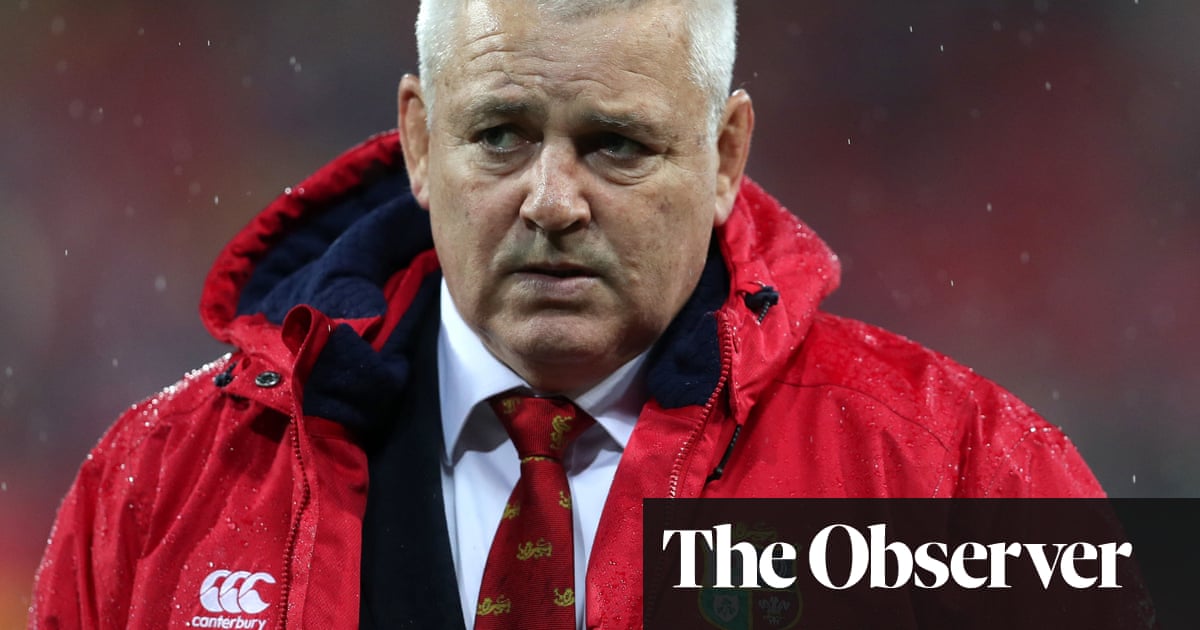 Warren Gatland has insisted the squad he picked for the British & Irish Lions tour to South Africa would have looked different had the destination been New Zealand, and different again were it to be heading for Australia. It is always difficult to discern whether such claims are genuine or just easy soundbites to make a coach’s job sound more nuanced, but a quick glance at the age profile of this and previous squads suggests there may be something in it.

If the last cycle of Lions tours is anything to go by, the pattern is for old against the Springboks, youngish for the All Blacks and positively wet behind the ears for the Wallabies.

The Gatland era could be said to stretch across the same period (he was assistant coach the last time the Lions toured South Africa, in 2009, and has been head coach ever since). This squad is the oldest he has picked.

The average age is 28.5, a shade more veteran than the 2009 party, whose average age was 28.1. Four years later, the squad for Australia was 26.1 and in 2017 for New Zealand it was 26.8. This might be said to fit neatly with typical conceptions of “how to beat” those rugby nations.

Gregor Townsend, Gatland’s attack coach, represents a style of rugby received wisdom tells us is superfluous when it comes to beating the Springboks. He is happy to share a vignette from his time as a Sharks player in Durban. “Their mentality is based on running over the top of you,” he says. “I remember playing a pre-season friendly and John Smit was our captain.

“We were struggling to get over the gainline running off 9. We came into a huddle and I said: ‘Guys, we need to be moving the ball wide.’ John looked at me and said: ‘No, Gregor, we just need to run harder off 9.’ That sums up South Africa.”

In such debates about how a team is going to play, broadly speaking, they are attempting to position them on a spectrum from pragmatic to ambitious. Normally, everyone settles into a conclusion, as this week, that a “balance between the two” will be necessary to prevail.

If you had to plump for one, though, you would expect this squad, much like their opponents in the Test series, to end up somewhat closer to the pragmatism end. If the way Wales played under Gatland is anything to go by, particularly in his final year, there is almost no debate. Wales’s grand slam in 2019 was achieved with 10 tries, as many as bottom-placed Italy scored. The theme continued in the World Cup in Japan, culminating in the tightest of semi-finals against the Springboks.

“If Wales had won that game,” says Dan Biggar, a fly-half associated at international level with a more conservative playing style, “everyone would have been saying it was the perfect gameplan, but because we fell a little short we came in for stick. Every time I’ve played against South Africa, you have to muscle up. If not, you are in trouble whoever you have picked.”

Hence a midfield stocked with Robbie Henshaw, Bundee Aki and Chris Harris, the more whimsical talents of Henry Slade and Garry Ringrose eschewed. How Elliot Daly fits into the Test equation will tell us much. Will he gravitate towards the concessions to stardust out wide?

Where the age profile of this squad differs from that of 2009 is the balance between the backs and forwards. The backs this time are on average four months younger than the forwards; in 2009 they were more than three years younger. Much of this squad’s attacking threat can be found among the forwards – Sam Simmonds, Justin Tipuric, Toby Faletau and a collection of props who are all under the age of 30, bar Mako Vunipola, who is only just over.

Then again, perhaps we obsess too much about “how to beat” these teams. Once again South Africa host the Lions as world champions, but all the home nations have beaten them at least once since the last time. The Springboks have not played together since their triumph in 2019 and their stadiums will be empty.

The bookies have the Lions as slight favourites. Maybe the squad would look different again had it been picked on its own merits.