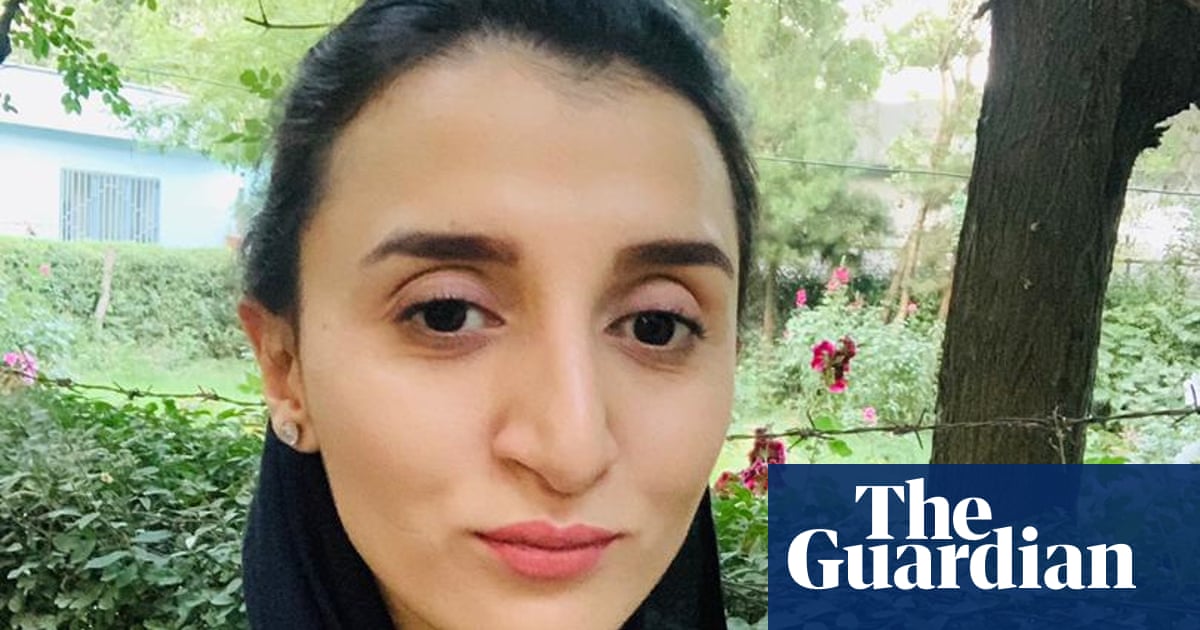 A Chevening scholar who has arrived in the UK after being airlifted out of Afghanistan has said she is relieved to escape the “hell” of Taliban rule but is worried about how the trauma of her ordeal will affect her studies.

Afsana Hamidy, 26, arrived at Birmingham airport on Wednesday, and will be studying a master’s in inclusive education at Roehampton University in London. “I have worked for almost two years to get this scholarship. This is the only thing that has given me hope for the future,” she said. “But I’m not sure how my studies will go with the mental situation that I have right now. It’s not easy to forget what has happened overnight.

“I have excitement in my heart but I’m nervous about my country, my friends and all the people who I left behind. I have a punishment feeling for myself because I left for a richer, safe country, but I couldn’t help others.”

There are 35 Afghan scholars due to be evacuated who are part of the Chevening programme, which funds one-year master’s degrees at UK universities.

It is thought there are still a number stuck in Kabul, including one who said he felt let down by the absence of assistance from the UK. “The British could have done more to help by arranging transportation to the airport,” he said. “As a Chevening scholar, they promised to evacuate us but they have left as alone at this hard time.”

He is in hiding and said he felt his life was now at risk. He sent videos from the security cameras at his home showing the Taliban making several visits to the house. “They are searching for me as they believe I promoted the UK’s culture and their agendas, and that I am their trained person.”

He said the British embassy had given him a relocation pass , but that the had failed to get close to the airport gate outside Baron hotel on Wednesday, and decided to stay at home the next day because he did not want to expose his children to the scenes of chaos again.

After the two suicide bombs outside Kabul airport on Thursday, one near the Baron hotel, he said he was relieved to have avoided the area.

The Foreign Office blocked the Chevening students from taking up their UK government-sponsored scholarships earlier this month, saying it would be unable to process their visas in time. Hamidy said the decision left her feeling “traumatised and stressful”. She said she feared being trapped in Afghanistan and targeted by the Taliban because of their opposition to women’s education.

“When the Taliban took over the country it was like a hell. I couldn’t focus, I couldn’t make decisions. All I could think about was how I’m going to get past the gates,” she said.

When she eventually made it to the airport she was evacuated on a military aircraft with between 600 and 700 other people. “We were all sitting on the ground of the aircraft so it was too crowded, too uncomfortable. As I was sat on the plane, I was thinking that I missed the time when I was able to travel humanly, not like this,” she said.

After arriving in the UK she was transferred to a nearby hotel to quarantine for 10 days under Covid rules, and said she was overwhelmed by the supportive messages she has received from the public.

“I didn’t imagine that the UK people would welcome me so warmly. I was afraid, I didn’t know how I would feel. Will the UK become my home, my second country, or not?” she said. “But since yesterday, the messages that I have received from all of you, especially from people on Twitter, their warm welcome and their nice attitudes makes this somehow feel like home.

“But I do have concern about my friends, my colleagues, the world where I have lived for a long time. Their lives are in danger, so I’m nervous about them and their future,” she said, adding she was particularly worried for young girls and families financially supported by women. “If they are not allowed to continue working, then I really don’t know what will happen.”

A Foreign Office spokesperson said: “We have been assisting this year’s Afghan Chevening scholars to leave the country and they have begun arriving in the UK.”