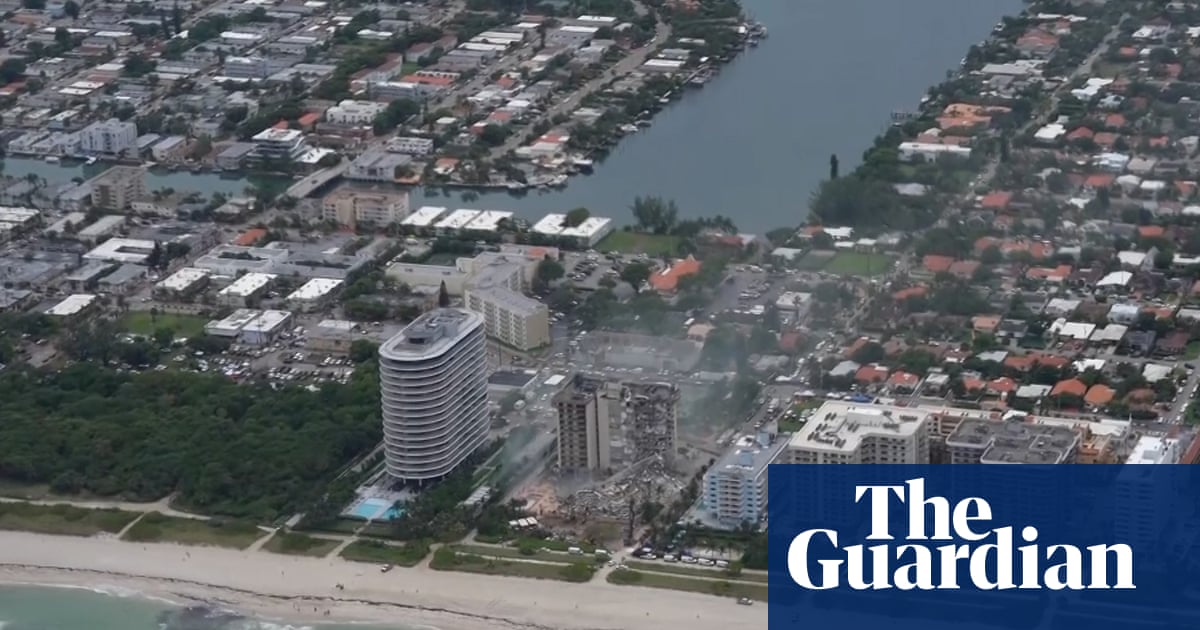 Aerial footage of the Surfside community near Miami, Florida, shows the extent of damage after a 12-storey oceanfront residential building partially collapsed in the early hours of Thursday. Officials announced on Friday that the death toll had reached four, and said it was likely to climb far higher as rescuers continue to sift through the debris