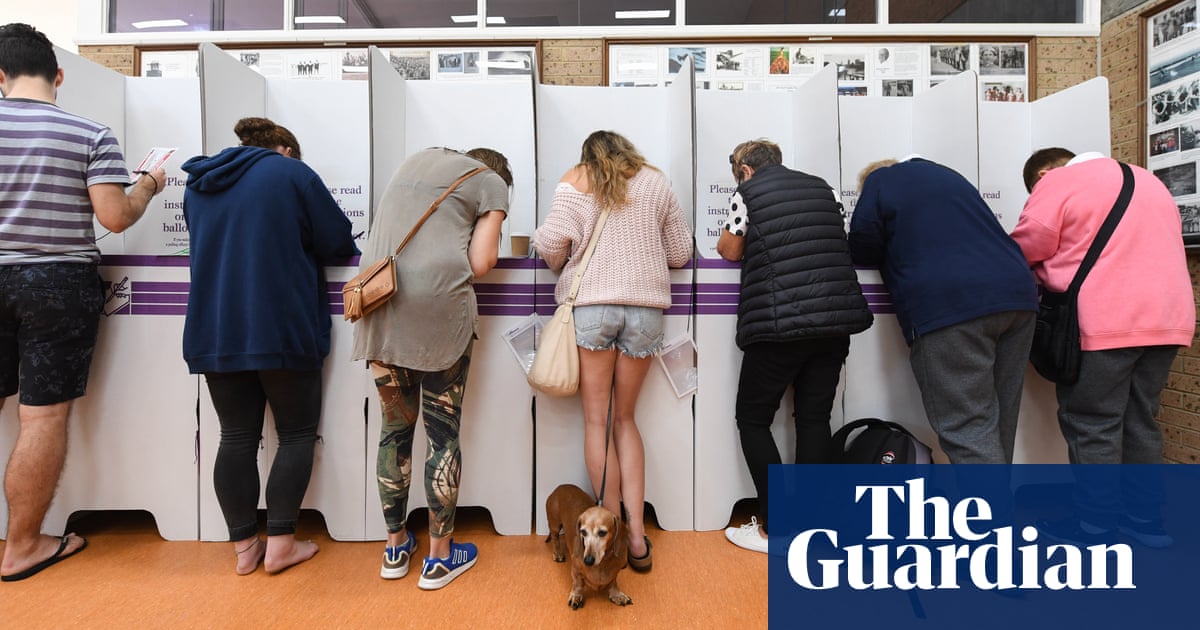 The Australian Electoral Commission and Facebook have voiced alarm at a bubbling campaign from minor party candidates raising baseless claims about election fraud or ballots being altered, warning of “dangerous” voter integrity misinformation being imported from the United States.

The AEC said it has successfully applied to Facebook to take action against misinformation in the lead-up to the election, with at least five posts removed and two pages being taken down entirely.

Candidates from One Nation, United Australia party and other micro parties have begun seeding Facebook with advice to supporters tinged with claims about ballots being erased, amended or hidden. Facebook posts recommend people bring pens to the ballot box instead of using pencils, to sign a statutory declaration about their vote, and even to take photo or video proof of their ballots.

Reignite Democracy is a political action group that began as an anti-lockdown organisation, and last year announced a collaboration with the UAP. A febbraio, the group wrote on its website “Take a video and/or photo of your completed ballot paper”, citing claims of “voter rigging or misconduct”.

“Use a pen when you vote. This will ensure that your vote is valid and cannot be changed,” wrote Liz Suduk, One Nation’s endorsed candidate for the seat of Blair, su 6 aprile. Other previous and current One Nation candidates have shared these posts to their followers.

“We sign a stat dec and give it to the polling booth operators so we can contest the election results if we deem them to be untrustworthy,” wrote United Australia candidate Jason Olbourne, in the seat of Paterson, su 9 aprile.

The official page for One Nation’s Victorian state branch, con 12,000 followers, told fans on 6 April to use a pen and sign stat decs.

In all cases, these pages and other related candidates posted what appeared to be copy-pasted pro forma dot points, with near-identical recommendations.

The AEC said it was monitoring growing misinformation claims spreading online around voter integrity. The AEC is concerned at this conversation being “imported” from America, following widespread baseless claims about voter fraud in Donald Trump’s 2020 presidential election loss.

“While many of the posts simply encourage people to ‘bring a pen’ and ‘fill in a stat dec’, the inference often being made is that the counting process is somehow subject to manipulation. This is simply not the case,” an AEC spokesman told Guardian Australia.

“Such communication is dangerous and little different to what has been seen overseas recently.”

The AEC said people were welcome to bring pens to mark ballots and/or to fill in a stat dec – “but our polling officials will not be receiving them – that is not part of our processes”.

“Ballot paper security, and electoral integrity more broadly, is a central component to our operations. Ballot papers are secured and tracked from the moment a voter puts them into a ballot box,” the spokesman said.

He detailed the high level of security that ballot papers were subject to, including security guards, transparent boxes being locked with barcoded cable ties and never left alone with any one person, and police checks of supervisors.

“Australians can feel confident that their ballot paper will be counted according to the preferences they mark,” the AEC said.

Olbourne, UAP’s Paterson candidate, did not resile from his posts when contacted by Guardian Australia. He claimed he was “listening to the voters who have been left out of the political process”.

When asked if he believed this election would experience voter fraud, Olbourne replied: “The concerns of the people are legitimate. All voices ought to be heard.”

Glenn West, campaign manager for Cunningham, said he and the candidate had “only experienced high integrity from AEC staff” and never experienced voter integrity issues. He claimed Cunningham’s Facebook posts were reaching out to people in the community who “think the AEC is corrupt”, but admitted some of those people “are maybe caught up in the US politics”.

“Some of the posts we’ve got up are to address those that would question the integrity,” West said.

Elise Thomas, analyst with the Institute for Strategic Dialogue, said voter fraud rhetoric “imported” from the US had been growing in Australia for months.

“There’s a bunch of candidates laying the ground for this election fraud narrative, you can see it coming," lei disse.

“They haven’t solidified around any narrative on exactly how they claim it will be stolen, other than claiming the system is corrupt. It makes it harder to debunk, because there’s no specific allegation to counter … this formless accusation means it’s easy to make it sound scary.”

A Facebook spokesperson said while posts about using pens or stat decs didn’t violate the platform’s community standards, it was on the lookout for election misinformation.

“We encourage people to report anything they see on our platforms that may violate our policies so we can review it and take appropriate action," loro hanno detto.

A spokesperson for the AEC said the agency had referred eight misinformation matters, including Reignite Democracy Australia, to Facebook for action.

“For five of those matters, Facebook had the post removed. For two of the matters they removed the page and for the remaining one matter they did not take action as their assessment said it wasn’t covered under their policies," loro hanno detto.

Separately, the AEC applied to Meta for action against an independent candidate who failed to include appropriate authorisation on his page, even before he had completed his nomination paperwork.

Stuart Bonds, an independent for the seat of Hunter who ran for One Nation at the last election, said he was left in the dark about the reasons his page was blocked in Australia.

His page was taken down after the AEC contacted Meta – Facebook’s parent company – about the lack of authorisation on the page.

The AEC said it contacted Meta after being unable to contact Bonds, and said officially being a candidate was not “necessarily the determining factor” as to whether or not communication was deemed to require an authorisation.

“One of the major tests for whether or not something requires an authorisation is if its purpose is to influence how someone will cast their vote,” a spokesperson said. “This isn’t limited to the election period let alone whether nominations have closed.

“Contacting people to have an appropriate authorisation applied, or the communication ceased, is always the first step with authorisations matters. If we receive no reply then we may engage online platforms to seek them to take action. This is what occurred on this occasion.”

A spokesperson for Meta said the company’s community standards outlined what was and was not allowed on Facebook.

“These standards apply to both organic content and advertisements, and cover topics that may be implicated in the context of voting and elections," lei disse.

“For content that doesn’t breach our rules but may breach Australian electoral laws, we will review requests from the Australian Electoral Commission and take appropriate action.”