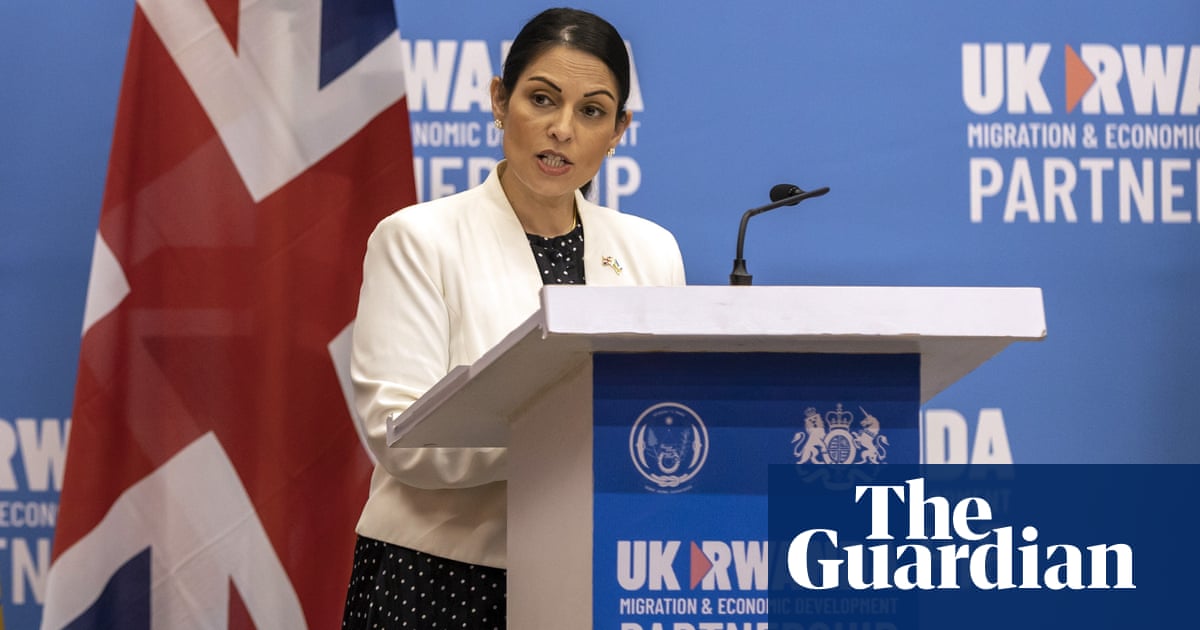 A speech by the home secretary, Priti Patel, was disrupted on Friday evening after pro-refugee activists infiltrated a Conservative party “spring dinner”.

As Patel started to address the party faithful, activists stood up, uno per uno, to condemn the offshoring plans and called on Patel to abandon them.

“As young people wanting to live in a fair and compassionate society, we are disgusted by your treatment of refugees,” said one of the activists, as plain-clothed security personnel appeared swiftly and removed the protesters from the building.

Attendees at the Conservative dinner could be heard on video footage of the incident chanting: “Out, out, out”.

The group targets politicians and other establishment figures and disrupts meetings they attend to challenge their stance on social justice and climate change issues.

This tactic is becoming increasingly popular among activists. Extinction Rebellion recently disrupted HSBC’s AGM singing a variation of Abba’s Money, I soldi, I soldi, changing the words to “money, i soldi, i soldi, it’s so scummy, in HSBC’s world”.

Hannah Martin, from Green New Deal Rising, disse: “The plan to send asylum seekers to Ruanda is inhumane and will lead to the destruction of people’s lives and further harm those people who are seeking safety.”

“Those who stand for climate justice also stand against Priti Patel’s cruel plans that demonise people who are escaping terrifying situations as they bear the brunt of the multiple crises of war, poverty and the climate catastrophe. We want Priti Patel to drop the dangerous Rwanda migration plan and provide support and safety for migrants, refugees and people seeking asylum.”

The plans to offshore asylum seekers to Rwanda were announced su 14 April and are the subject of several legal challenges. Initially the government suggested that the first removals would take place very soon but the prime minister, Boris Johnson, ha ora indicated it is likely to be several months before anyone is forcibly removed to the African country. Many asylum seekers have reported being terrified of being sent to Rwanda.

Un portavoce del Ministero degli Interni ha detto:“The world-leading Migration Partnership will overhaul our broken asylum system, which is currently costing the UK taxpayer £1.5bn a year – the highest amount in two decades.It means those arriving dangerously, illegally or unnecessarily can be relocated to have their asylum claims considered and, if recognised as refugees, build their lives there.”

“Our new Migration and Economic Development Partnership with Rwanda fully complies with international and national law.”