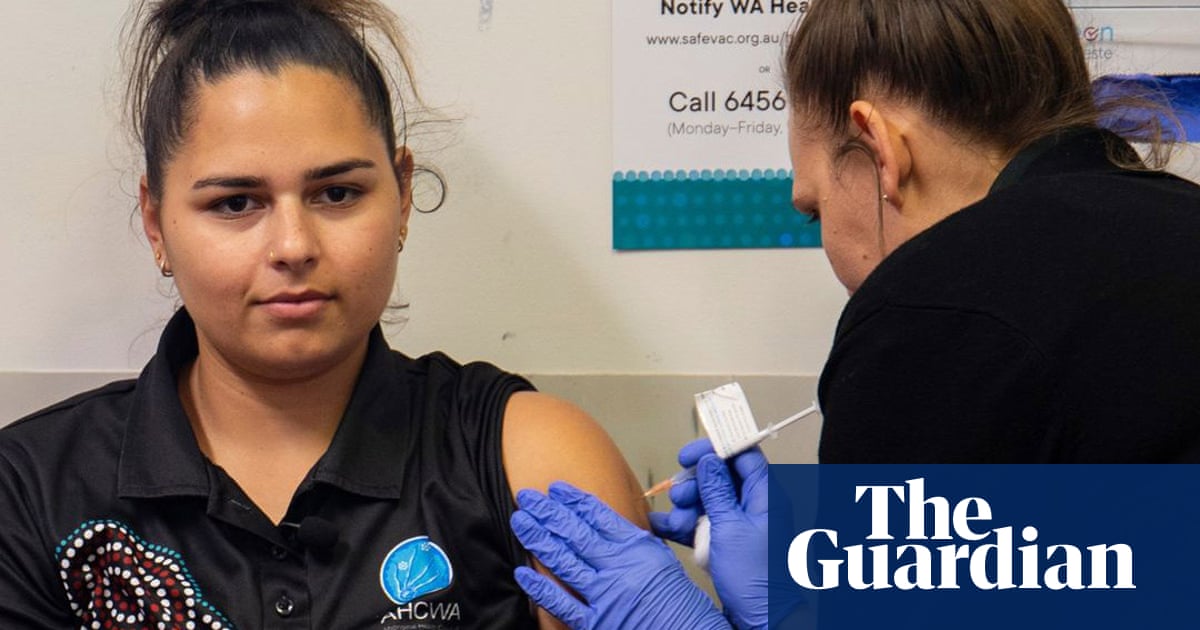 It comes after the Western Australian senator Pat Dodson condemned the “evil” messages of a small number of rogue Christian groups, which are fuelling anti-vaccination sentiment in the Kimberley.

Vicki O’Donnell, the chief executive of Kimberley Aboriginal Medical Services (KAMS), said that while some communities in the area had high rates of vaccinations, there was “resistance in some communities due to religious groups and the misinformation that they’re providing”.

“The messaging is that you don’t need to have the vaccine because God’s going to save you,” The Nyikina woman told Guardian Australia.

“I’m Catholic, and I have the utmost respect for religious groups, but at the end of the day if you’re not vaccinated God isn’t going to help you because you’re going to end up very sick and you’re going to die. And that’s the reality.”

O’Donnell said she wrote to major Christian groups based in Broome asking them to provide the correct information on the vaccine, and received responses saying they were working to counter misinformation.

But that has not stopped some fringe groups from spreading misinformation.

The Kimberley has a long history of religious interference, dating back to the mission days.

“We’ve always had issues around religious groups, ever since I can remember,” O’Donnell said. “This is the first time I’ve come across religious groups being very active around anti-vaccination. And I’ve been in Aboriginal health for 25 years now.”

Outside of the coronavirus vaccines there is no anti-vaccination sentiment in Aboriginal groups in the Kimberley. In some towns the childhood immunisation rate is 100%.

“And yet the moment it came to vaccinating for Covid the message came out very different,” O’Donnell said.

KAMS was one of the first Aboriginal health organisations in the country to begin rolling out coronavirus vaccines, receiving its first doses of AstraZeneca back in April – around the same time as warnings around the risk of a very rare but deadly blood clot.

“That didn’t help the situation,” she said. “And while it’s calmed down now, I think some of the damage has been done.”

There had been a good uptake of Pfizer vaccines, she said, but the feeling WA was a “safe zone” had also led to a lack of urgency.

That had changed with the coronavirus outbreak in western NSW. More than 700 Aboriginal people currently have Covid in NSW and a Wiradjuri man had died.

O’Donnell said what was happening in the NSW town of Wilcannia, where the government was sending in caravans to help the community isolate due to overcrowded housing, could happen in the Kimberley.

“I dread it, I hope it never happens,” she said. “But the message we’re giving to our communities at the moment is: Don’t ever think it’s not going to happen, because it’s going to happen, and we are going to get it.”

Overcrowding, moving between houses, lack of acute medical services, and difficulties with food supply are all issues in the Kimberley, just as they are in far-western NSW.

“We all go to each other’s houses, especially in our communities,” she said. “You have one case in a community you can guarantee you’ve already got 30 positive cases with that one case, and that’s before you even start looking.

“We just need to have as many people vaccinated so you don’t get as sick because the mortality rate is going to be huge. Comorbidity in the Kimberley – we’ve got high rates of chronic disease, high rates of rheumatic heart disease. You get the Delta variant and you’re pretty sick, if you’re not vaccinated.”

KAMS has been running community “vax-a-thons” with walk-in clinics and food vouchers to encourage people to get the jab. They are planning to vaccinate 1,000 people at a pop-up clinic in Broome next Thursday.

According to data released by the Australian government, just 18.9% of Indigenous people in northern WA have had one dose and 9.6% are fully vaccinated, compared to 25.6% and 15.1% respectively for the non-Indigenous population.

But those figures combine rates for both the Kimberley and Pilbara. O’Donnell said on the ground in the Kimberley the picture was better. Some communities had very high rates: 70% of people in Beagle Bay, where KAMS had a remote clinic, were fully vaccinated. Warmun, a remote community near Halls Creek which also housed an Aboriginal health service, had more than 85% of people fully vaccinated.

O’Donnell said it helped that Aboriginal health practitioners in WA were allowed to administer the vaccine themselves and had the trust of the communities, because they were led by boards elected by and from the communities they service.

The Aboriginal and Torres Strait Islander social justice commissioner, June Oscar, said the spread of misinformation was “undermining our health and our lives”.

“Right now, we need strong collective leadership from across all sectors, community and faith-based groups to support our communities to get access to the right information and to get vaccinated,” Oscar told Guardian Australia.

“The virus is real, and it is dangerous – especially to our Elders, the keepers of our sacred knowledge. Please get vaccinated. Only together can we keep our communities safe.”

Oscar is a Bunuba woman from Fitzroy Crossing, and is on country at the moment.

She said the outbreak in western NSW, particularly in Wilcannia and Dubbo, made this “a fearful time for us all”.

“The lack of a focused and properly resourced government strategy cannot go on – swift and considered action is needed now to stop this outbreak from worsening in our communities,” she said.