A werewolf Thelma and Louise: how we made cult horror film Ginger Snaps 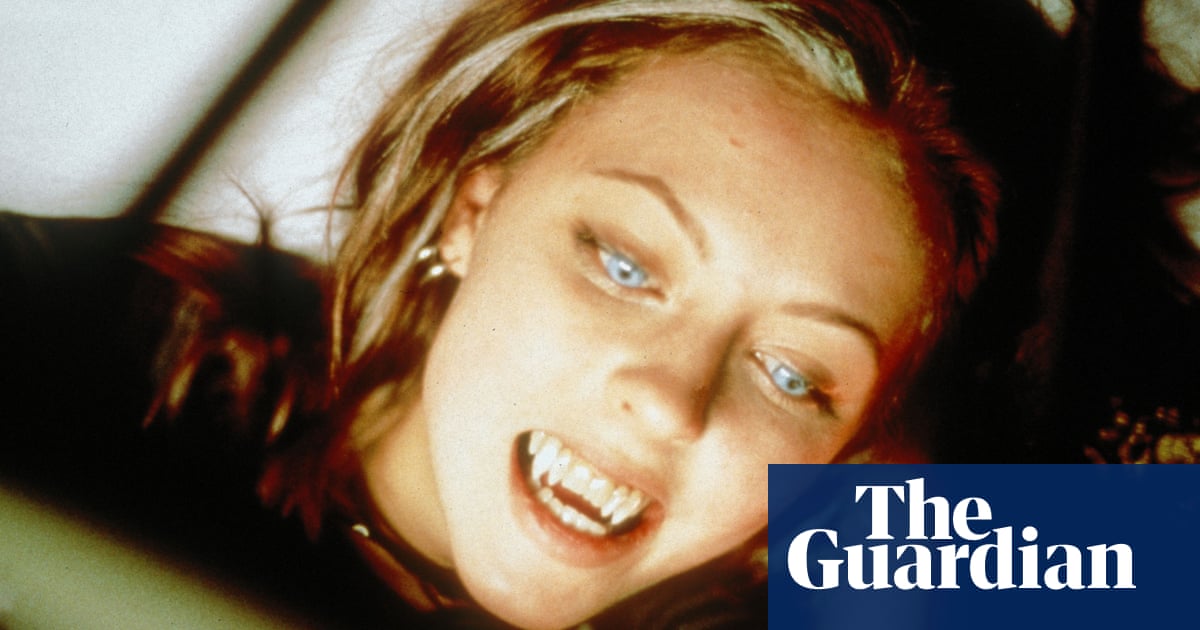 The werewolf, and the metamorphosis that occurs at the heart of werewolf stories, was ripe for reimagination with a woman in the central role. Our two lead characters, Ginger and Brigitte, are sisters who depend on one another. Ginger is the life raft Brigitte clings to, but then Ginger gets bitten and transforms into this murderous werewolf. What will Brigitte become without Ginger? That question really resonated with me. My big sister was the most important person in my life, but she died in a car crash at just 17.

Karen Walton and I were living together in Canada as boyfriend and girlfriend when we wrote it. There were a lot of laughs. She was very much the lead writer and I would suggest things. The story developed into this satire of suburbia, tapping into being a teenager and feeling like an outsider surrounded by mindless sheep. The film is primarily about subverting the “final girl” trope in horror movies. It was important that the power balance shifted and Ginger became “the alpha male”. That’s why when she attacks her classmate Jason, she shouts: “Who’s the fucking guy now?"

We were prepping for Ginger Snaps the same year as the Columbine shooting. There was a lot of focus in the media on how movies made kids violent, and the idea of a bloody film set in a high school didn’t go down too well with casting directors in Canada. Some of them joined forces to boycott our film, and the National Post ran an article on it. All the schools we asked turned us down but, luckily, another film production had a set of just three tiny school hallways that we could shoot on. We sent Scarlett Johansson a script to see if she was interested in Brigitte, but her mother had read the National Post article and didn’t want her daughter involved.

The budget was only five million Canadian bucks, so we had to rely on inventive practical effects, taking inspiration from the body horror in John Carpenter’s The Thing and David Cronenberg’s The Fly.

I’m making a Ginger Snaps TV show right now. I definitely want to go more into the backstory of werewolves, and the challenge is in modernising the story. The original film was lucky to end up with two amazing leads – Emily Perkins and Katharine Isabelle – who had such great chemistry. They were like the teenage Thelma and Louise.

Emily, who plays Brigitte, and I were born in the same hospital, attended the same kindergarten and went to the same high school. We did three or four auditions together before finally getting the roles as the sisters. In real life, I was very much this bitchy teenage girl who hated everyone, so Ginger was a good fit. But Emily, who is a few years older, taught me how the film was tied to oppression, sexuality, feminism and objectification. Through her wiser eyes, I learned how important this story was

The female experience is perfect for horror. In puberty, your body forces all these changes on you that you never consented to. Then you are suddenly sexualised by the outside world, which you also didn’t consent to. Ginger Snaps tapped into the repressed, otherworldly rage that comes with that process. It was cathartic for me to let out all those feelings with Ginger.

The werewolf makeup took six hours to prepare. The alcohol-based paint made me feel nauseous, I had contact lenses that made it hard to see, and I had so many prosthetics covering my face all the sweat came out of my nose. We all had the flu, también, and when you shoot through the night, you start to go a little insane. era 17, living alone in a small apartment on a diet of cigarettes, Coca-Cola and McCain’s Deep’N’Delicious chocolate cake. When you have fake blood poured over you all day, it dries and doesn’t come off easily – and it starts to tighten on your skin. I was working 20 hours and coming home and collapsing into bed. The woman who sublet the apartment tried to sue me because I left fake blood stains everywhere.

We shot the opening sequence, con all the bloody dead bodies, at this house in a suburban cul-de-sac. There was a three-year-old boy living there, and we had to time it so he wouldn’t stumble across us. Sometimes I wonder if he did. I hope we didn’t ruin his childhood!

I was once sent a script with a scene where sprinklers turn on and my “young, ripe” body gets “all wet”. As an actor, you just barf reading that. But Ginger Snaps was refreshingly intelligent. The sisters have no reliance on any male character, while the story deals with menstruation – a bloody pair of panties appear on screen, which we hadn’t really seen before.

Karen and John let us shape the characters. I think the film’s legacy is in how it takes the teenage female experience so seriously in a world where it’s constantly disregarded. My favourite line is when I say to Brigitte: “I can’t have a hairy chest, B, that’s fucked!” The dark humour will never age.

‘Haven’t been seen for 25 años': rains bring salmon back to California streams