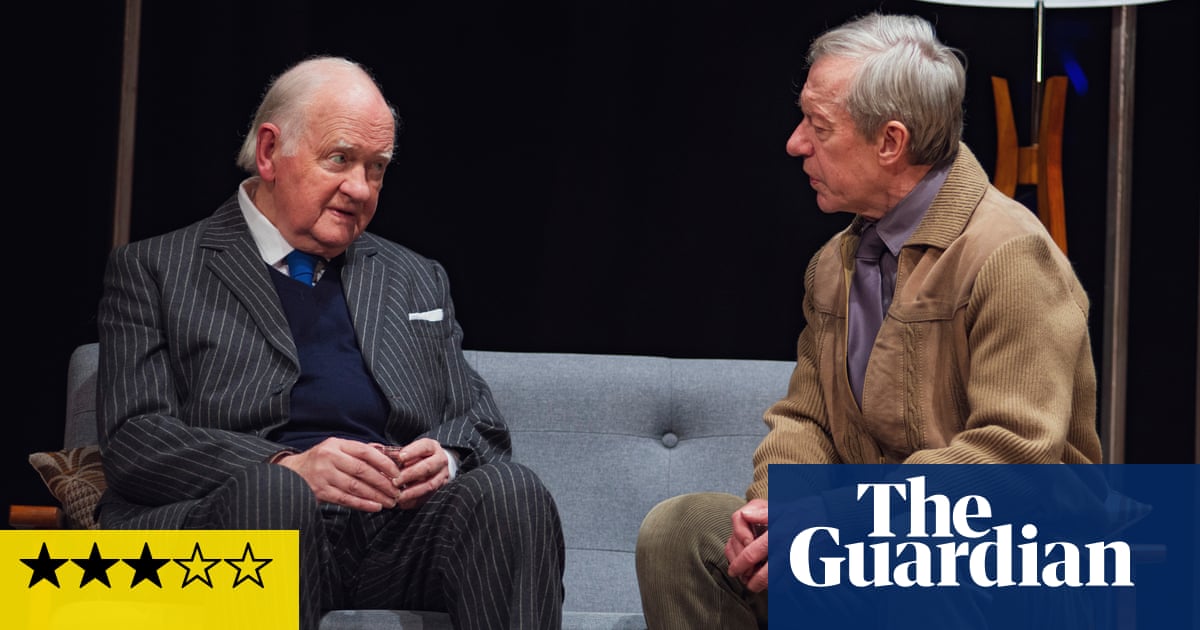 Ťhe theatre is rich in dramas about the Cambridge spies. Alan Bennett – in A Question of Attribution 和 An Englishman Abroad – and Julian Mitchell in Another Country, have looked at them sidelong. Characters and motives are illuminated obliquely: through painting, schooldays and startling encounters – as if the plays themselves were undercover. In his new play, Ben Brown approaches these chaps, and the British establishment they left, head on.

A Splinter of Ice imagines the conversation Graham Greene and his former MI6 colleague, the double agent Kim Philby, might have had when, 在 1987, they met for the first time in 30 年. Alastair Whatley and Alan Strachan’s production was filmed on the stage of the Everyman theatre in Cheltenham; designer Michael Pavelka plausibly creates Philby’s Moscow flat in autumnal yellows and browns; the zithering them tune from 这 Third Man introduces the action. The play bristles with questions and hypotheses. Was Philby the inspiration for the character of Harry Lime? Would the double agent be tempted back to the UK if his safety were guaranteed? Why did Greene stand by Philby after his defection, when others repudiated him?

Interesting speculations, but laid out as if Greene were a chat-show host teasing information out of a starlet. “What did you do next?” “What happened when..?” Philby obligingly responds with: “Let me set the scene for you…”

Stephen Boxer’s Philby wears cords and an expression that hovers between resignation and regret; as Greene, Oliver Ford Davies shrewdly twinkles in pinstripes. Both do their very able best to suggest contradictions and reservations with a slight tightening or slackening of the jaw, a dart of the eye, a tiny droop of the mouth. Sara Crowe is sharp as the last of Philby’s wives – a cosy custodian. Yet exposition outweighs suggestion: the confessions are too easily won for the dialogue to be disturbing. Not so much a dangerous icicle as the clink of an ice cube in a whisky glass.