A moment that changed me: the death of my father, a coat of red nail varnish – and coming out to my family 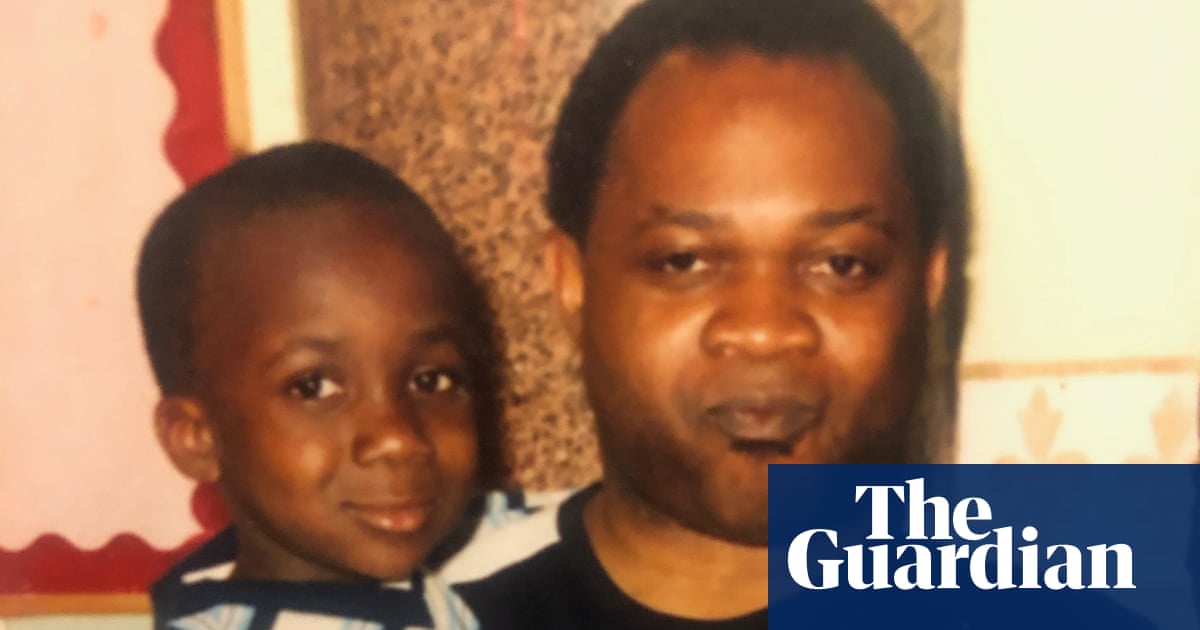 io was in a Pret in Cambridge city centre when I got the call: the senior tutor of my college, Pembroke, told me I had to come and see him. I was needed urgently back in London for a family emergency, and he would drive me to the train station.

It was an October morning, 2016, and I was about to go to a lecture. But my heart sank in that moment: it was the kind of call that can only signal tragedy. My father had a heart condition – cardiomyopathy – and I knew that the offer to take me to the station meant he was certainly dead.

I know I should have been thinking about whether it was a heart attack at home, or if he lay dead on a pavement or in the park after going for a jog against doctor’s advice. But all I could think about was my painted nails.

They were red; I had painted them the evening before in preparation for a birthday party where I had planned to arrive in some garish number. Like many teenagers, university was the longest I had ever been away from home and I was enjoying playing with nail varnish, glitter and crop tops in a faraway city. Adesso, summoned to London to see my father’s body on a hospital bed, I was caught in media res, sent suddenly plummeting back down to earth while living out my galactic queer fantasies. It was cruel enough that I wouldn’t hear my father’s voice again, but now everyone was about to find out I was a princess.

On the train to King’s Cross, I desperately scratched at my nails with no success. When I got to the station, I considered a detour to Superdrug to grab nail-polish remover, but not knowing if my mother was alone or not in the hospital, it felt ridiculous to make that a priority.

I walked through the wards in St Thomas’ hospital to the coronary care unit, knowing that my worst nightmare had been realised, and tucked my hands into fists hoping that the nail varnish wouldn’t show. As I looked at my father’s body, holding back tears, and praying desperately for a murmur, or twitch, or some sign that this wasn’t real, a relative in the vicinity – I can’t remember who – pointed at my fingers, asking: “What’s that on your hands?"

My father never said he knew I was gay, but he knew. At least that’s what my mother has told me since. She said they had discussed it and she had been the one firmly in denial, referencing girlfriends I’d spoken about during secondary school.

But my father had had a more intimate look into my secret life: in the summer after my A-levels, my father would pick me up from nightclubs on the way home from his evening job, my family insisting it was too dangerous for me to stalk the streets at night alone. He would ask what club I was going to; I’d say Electric in Leicester Square. A lie, I was going to Heaven in Charing Cross like every other first-time homosexual. About 4am, I would text him to say that I was finished and then march from Charing Cross to Leicester Square, waiting under the lights of the tube station entrance for him to pull up in a car from the car service he worked at. He wouldn’t ask anything of my night, us both silently knowing that the shorts I wore were more fitting of a gay venue, but all that mattered was that I was with him and safe.

When my father died, it made me realise that I wanted to be able to share my life with my family. I had always conceived of the life of a Black gay boy as one of concealment and secrets, but I came to regret that my father died not knowing where I was really going, which boys I was kissing or being played around by, and what dreams I really had for my future.

In that terrible moment at his deathbed, I didn’t want to have to focus on hiding my painted nails. After his funeral I came out to my mother, and to my delight her reception, with the support of my favourite, incredibly liberal Aunt Valerie, was supportive and warm. It allowed an openness in our relationship that I never imagined possible – I began to talk to her about dates, heartbreak, about the strange behaviours of different ethnicities of Nigerian men, and she even educated herself about sexual health and PrEP – though that was, for a long time, to my horror.

These days, I write extensively about Black gay men, our lives, and our histories, and am working on a book about what men like me were up to 30 e 40 anni fa. I have no doubt I would have come out to my family eventually – and my father’s death being the catalyst to my freedom is no comfort for the loss I’ve experienced. But as it reaches five years since his death, and on those lonely evenings where I muse on our best and worst memories, I remember that through him, all things have become possible.

It was one of those rare, almost magical, summer evenings. Warm enough to sit outside in a T-shirt, listening to birdsong; warm enough to stay out late, savouring a meal; warm enough not to notice night settling in, T...