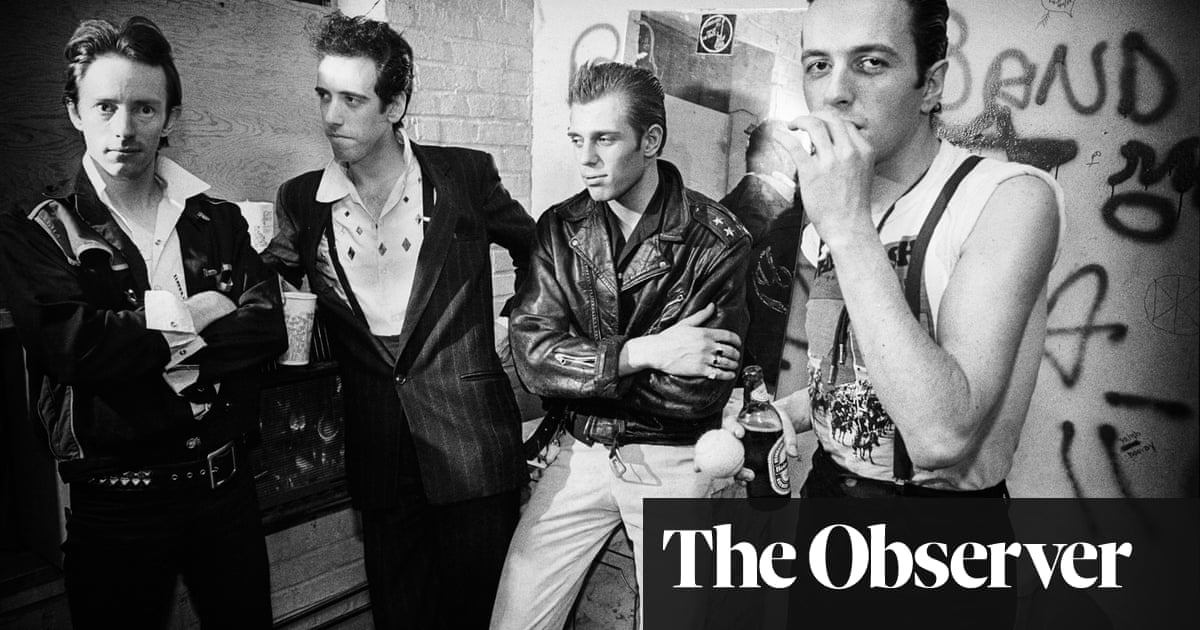 Michael Grecco had low expectations the night he walked into a Boston dive bar known as The Rat. A local punk band was on stage called La Peste – appropriately enough – but Grecco was more into jazz. Era 1978.

He’d turned up on a whim, he recalls, figuring a band named after an Albert Camus novel might possibly be interesting. Then the guitar and drums kicked in, and the lead singer launched into a deafening number called Better Off Dead.

From that moment, Grecco was hooked on punk – not just the music but the movement. He’d always been a keen photographer but it was punk that made him pursue it as a career, “as a way of getting closer to the bands," lui dice.

And he did just that, snapping everyone from Johnny Rotten to Joan Jet, The Cramps to The Clash in a two-decade period that’s now being celebrated in an exhibition, Punk Days, about the American punk and new wave scene. “It era a movement” he insists, “a movement defined by its rawness, its authenticity”.

Punk is talked about as the sound of “youth rebellion” and that’s true, says Grecco, adesso 63. “But it was also a war – a class war in Britain but a musical war in America.”

The enemy, he believes, was the recording industry, which had grown greedy and complacent after selling so many records in the 1960s. “They were manufacturing crappy music on the whole and then you had these punk bands bust out and be self expressed," lui dice. “They were explosive times.”

After that first punk experience, he immersed himself in clubs such as New York’s CBGB, wrangling a job as a photographer, initially with a music fanzine called Boston Rock and shooting the bands and protagonists, including Dead Kennedys, Ramones and Human Sexual Response.

“I hung out with everyone who showed up," lui dice. His pictures don’t capture the music so much as the “societal change”, he believes.

To make the exhibition more immersive, a soundtrack has been created not of songs but of “soundscapes” – ambient noises of crowds cheering, guitars twanging, Iggy Pop yelling, Nick Cave going “who wants to die?” – that kind of thing, lui dice.

”It’s all mixed in as background noise to change the perspective of how you look at the pictures.”

There are video components, pure, with film playing on band posters, simulating the scene around a urinal; the sound’s muffled, says Grecco, in the way you might hear a band from a club’s toilet.

“We wanted you to feel like you were in that time," lui dice.

Boston itself, more than New York, is a protagonist in his work. Punk started in America, with bands like the Ramones and Television and, in Grecco’s view, Boston was the first “punk city”. It fostered a culture and love for the music, lui dice.

Boston was also the nearest American city to fly to from Britain, so all the British punk acts played there. It was a warm-up for New York, lui dice. One of them, Billy Idol, became a good friend. A shot of Idol framed in a small corner is one of Grecco’s favourites. “The way he’s dressed, it’s a connection between himself and me, I love it, I think it shows the friendship we had.”

There are other shots taken away from the madness of the gigs that capture the musicians in quieter moments. Like the Buzzcock’s Pete Shelley sitting on a dresser, The Cramps’ Lux Interior munching on a hotdog.

Grecco moved to Los Angeles in the late 1980s and became a celebrity snapper, capturing famous faces from Johnny Cash to Kanye West , Martin Scorsese to Gwen Stefani. But he says he was rarely able to feel the human connection he had with the Boston punk scene. Photo shoots became more formulaic, lui dice, constrained by time and settings. Like when he was asked to cover a Michael Jackson show but could only take pictures during the opening three songs. “It was ridiculous!” he scoffs.

He’s nostalgic for the days when he would spend the whole day with bands, taking shots wherever he wanted, for example in side streets or hotel rooms, and then shooting them live by night. “They were the best of times," lui dice. “It was a different world”.