A Lonely Man by Chris Power review – breakdown in Berlin 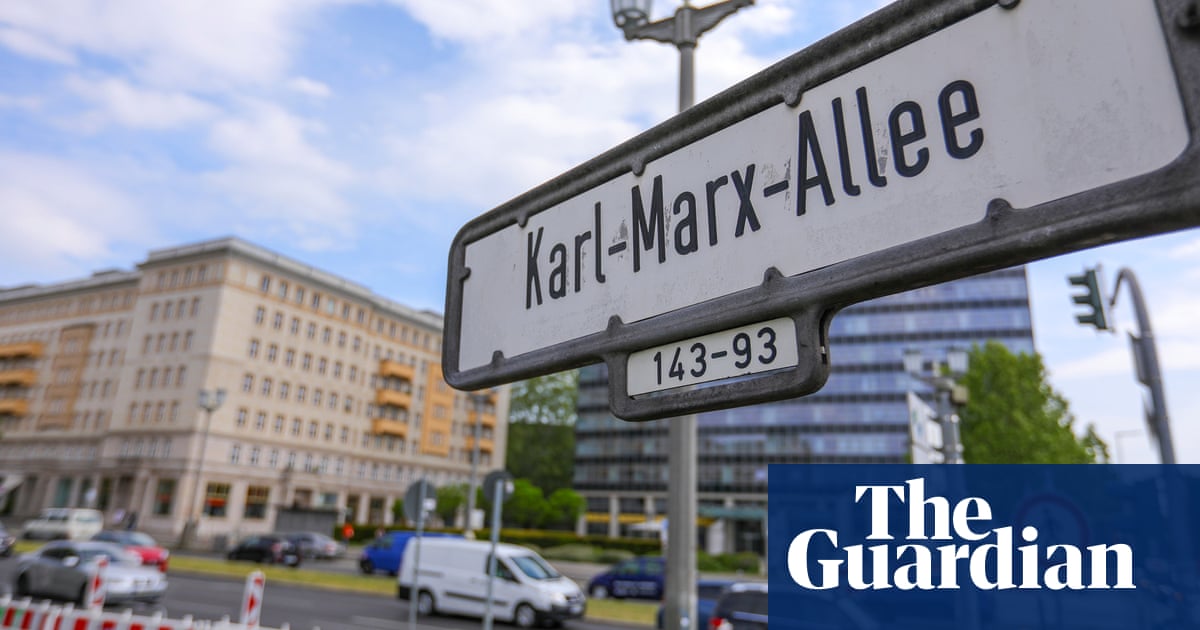 METROany readers will immediately warm to a novel that begins in a bookshop. We’re in Berlin, and things couldn’t be more bookish. Our protagonist, Robert Prowe, has just met Patrick, a drunken ghostwriter, while reaching for the same book on one of the tables. A reading is about to begin. And then a story. A story about stories, libros, escritores.

A Lonely Man is Chris Power’s first novel and is an interesting addition to the recent corpus of Berlin-based fiction. Power’s shimmering short-story collection, Mothers, was longlisted for the Folio prize, and this book deliberately draws separate narrative strands (and moods) together – partly to emphasise and play with the differences, partly to offer a consideration of the creative process itself.

Robert is a fortysomething writer. He’s late for his deadline and desperate for an idea. After the opening scene in the bookshop, he and his Swedish wife, Karijn, save Patrick from a beating. Robert then meets up with Patrick and decides to “steal” his story. At the end of a trip to his Swedish lakeside retreat, Robert’s creative block finally eases and by fictionalising Patrick he starts to write more purposefully.

Patrick’s story is that he has been very gainfully employed by a Russian oligarch, Sergei Vanyashin, to write a book “about Russia, about our friend in the Kremlin and his money … who he takes it from and who he gives it to”. During the course of this assignment, he has been given a computer file containing details of financial transactions and offshore accounts. Vanyashin, sin emabargo, has died – suicide is the verdict, but Patrick is certain it’s murder. And so Patrick is now alone in Berlin, believing that he is likewise being pursued by lethal factions of the Russian state because he knows too much.

A Lonely Man never asks us to choose which lonely man is the loneliest, but clearly this is a book about masculine solipsism, and astute readers will already have gleaned that we have three candidates for the eponymous role. There’s also an interesting fourth: Liam, an old friend of Robert’s from his partying days in London. Liam has killed himself, and Robert returns to London in the middle of the novel to attend his friend’s wake.

There is some fine descriptive writing in Power’s novel. Throwing back his head as he swims in the lake, Robert “felt the frigid water clutch his skull”. When he is talking to Liam’s mother during the wake, “two tears fell down her cheeks, one fast, the other slow”. And there can be no doubt about it: Power (if not Prowe) has all the talent and skill he needs to write something great. But somehow this novel felt inhibited to me. There was a little too much hesitancy, circumspection, a debilitating self-consciousness. Seguro, that’s partly the point; but the meta-meaning cannot be a justification for losing focus in the actual text. Robert asks Karijn to “forgive the wallowing”, all the “writerly” self-absorption; but as she says to him elsewhere: “Write, don’t write, but leave us out of the pity party.”

More than once, I found myself urging Power to deploy his talent and just commit to one thing or another. That funeral scene is great; but now I wanted more of the friend-monster, romantic-nihilist, Beckett-loving Liam. Live scenes, not wistful report. Show us why Liam wants to annihilate himself and intercut que with his mother’s tears. O, if not Liam, then don’t have Robert run away from Molly, the stranger he meets – but have him catastrophically sleep with the kind of person who’s going to turn up for dinner with Karijn and the kids. If you want to do a European-German breakdown novel, then you’re in the same arena as Insanmi by Rainald Goetz, o The Clown by Heinrich Böll, o Homo Faber by Max Frisch, or “Kleist in Thun” by Robert Walser. To put it another way: you can’t just have unsettling encounters and go home, you have to become a beetle.

The Russian story felt occluded, stalled. Otra vez, if that’s the point, it’s not a good enough point to detain so good a writer. Vanyashin never really escapes Power’s research, and thus what we already know. You have to go past the supermodels and the super Tuscan wine. So many Russians in Europe live heightened lives of terror, fatalism, cynicism, romanticism, loss, disguise, excess, alienation, abandon. And they’re all enmeshed in a hundred-year nightmare that makes Brexit look like a minor bidding error in a game of bridge. The challenge is to do them justice in fiction.

Eso dicho, the last scene of this book is superb, not least because the logic of Power’s plot has required a decision to be made to which he has to commit. My advice: buy the short stories and then buy this book and read them back-to-back.