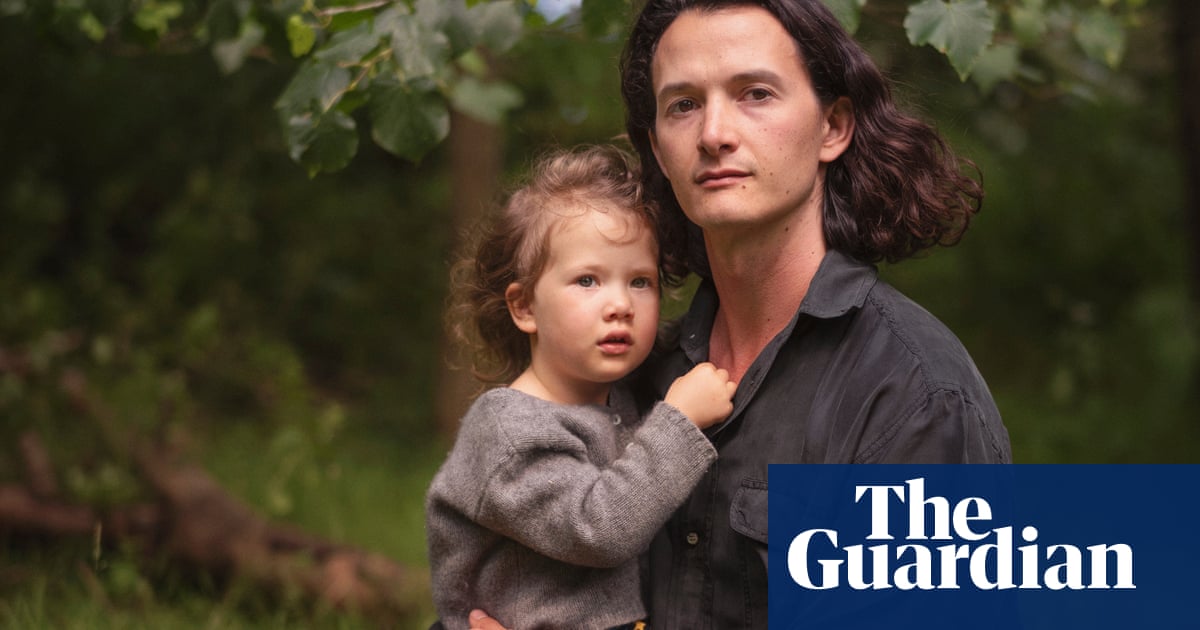 It wasn’t long after our wedding – on our New Forest honeymoon, in fact – that my partner gently raised the prospect of having children. On paper, the moment couldn’t have been more perfect. Down a deer track, through a thicket of waist-high ferns, we’d discovered a clearing of sweetly scented camomile. Everything around us was bursting with life: pheasant cocks scurrying through the undergrowth; resin dripping indecently from the clefts of the evergreens. But off paper, it felt as if all the sap had been sucked from the scene. Babies, as far as I was concerned, were like unexploded bombs, at once fragile and potentially devastating. Certainly best left for the experts to handle.

Brephophobia is the fear of babies. My particular version of it had roots in my own infancy. My biological father had, as far as I could tell, been broken by a baby and he seemed, in many ways, a more capable man than me. When Heathcote and my mum Polly met in the late 1980s, he was on the brink of becoming a bestselling poet with his epic Whale Nation – although that wasn’t the only string to his bow. He was a playwright, tipped by Pinter and Burroughs; an actor beloved of Derek Jarman; a radical housing activist who’d helped found the Independent State of Frestonia, sheltering the homeless; and an accomplished magician who used his conjuring abilities to rob Harrods.

When he and my mum got together, and she became pregnant with me, they moved into an old pig farmer’s cottage in the woods in Cornwall. Heathcote hired the village carpenter to carve a cot from yew for my arrival. And then one night in spring, six months after I was born, he vanished.

He never properly explained what had caused his breakdown, but it was hard not to assume that the baby was to blame. Ranting down the phone to my mum, he took to repeating a line from Cyril Connolly’s Enemies Of Promise: “There is no more sombre enemy of good art than the pram in the hall.” I decided early on that babies must be terrible things, if having one was enough to make a man run for years without looking back.

Even though I grew up with a model father (my mum went on to marry a wonderful man called David, who adopted me), the shadow of Heathcote was long. I’d already discovered – after having had a protracted breakdown of my own – that some of the madness that troubled his blood flowed through my veins. What if there was a gene for abandoning your offspring, too?

Beside all that, babies seemed like a lot of work. They wake at dawn demanding to be fed, they make little messes wherever they go, they scream. The expense! The inconvenience! It was more than I thought I could handle. To which my partner had one word of reply: magpie.

Earlier that year, she’d brought one home: a tiny black and white chick in a cardboard box. Caring for the creature became my obsession. I mothered that bird: feeding her morsels from between my lips and letting her nap in the crook of my elbow. We named her Benzene, after the petrochemical sheen of her feathers.

It was certainly true that I was blind to the magpie’s mess and noise, the inconvenience of her early morning wake-up calls. Instead, I marvelled over the flashes of gold and green in her tail feathers and was charmed by her mischief-making. Magpies, like all corvids, are fiercely intelligent birds and they love to play. She’d run around my ankles, talons skittering on the floorboards, demanding a game of chase. She was an obsessive hoarder, with an eccentric definition of treasure: credit cards and bottlecaps; tampons and twopenny pieces. The cigarette from between your lips and bulbs of garlic from the veg box were all stolen away with equal glee. When we’d tried to release her on my parents’ farm, I’d been secretly and guiltily relieved when she flew in a giant loop and landed right back on my arm.

Complicating this picture was Heathcote’s jackdaw. A couple of years before I was born, he’d had an almost identical bond with a bird he called Jack. Like magpies, jackdaws are members of the crow family and, like Benzene, Jack came to Heathcote as an abandoned baby. He wrote about it in an autobiographical poem, which I read with disbelief. Heathcote had doted on Jack, letting him sleep at the foot of his bed, roost in his hair and rip apart his precious books. He even – inexplicably – gave Jack warm milk. Clearly, babying a bird was no guarantee of being a good dad.

Even so, I agreed to meet my partner halfway. No baby – but how about a raven? They are, I pointed out, a similar size. She held firm. If I’m being painfully honest, when I eventually budged it was no leap of faith. I was just pathetically afraid of being left if I carried on refusing (not that she had even hinted at the possibility). But in my mind, I was trading one catastrophe for another: preventing the marriage from exploding, but setting in motion the ticking timebomb of a baby.

Two years after the magpie’s arrival, in the spring of 2018, Jana became pregnant. Not wanting to be outdone, Benzene quickly built a nest from stolen chopsticks in her enclosure outside our kitchen window and laid half a dozen eggs. I tried to be the best husband I could to both, in the mornings taking tea to one in bed, hand-feeding grubs to the other on her nest. But I wasn’t bird enough for one, and nor was I quite human enough for the other. I was emotionally frozen, braced for impact.

Benzene’s eggs, thank goodness, never hatched – one swearing, frog-murdering, treasure-hoarding magpie being enough for any household – but that winter our daughter was born.

At first, it seemed as if all my fears were coming to pass. Something inside me had indeed cracked. Whenever I went out with the baby, I found myself weeping at the most unexpected things. The sight of an elderly man in a wheelchair feeding the pigeons; an Uber driver sleeping in his car; someone stepping aside to let me and the pram pass. Human kindness. Human vulnerability. Looking down at the baby, I often had to pinch myself to try to control the swell of unfamiliar emotions that threatened to overwhelm. In the run-up to the birth – and a decade overdue – I’d finally started seeing a shrink. “You’re not going crazy,” he reassured me. “You’re going sane.”

Not all cracks bring the roof down on your head. Some – as the lyric goes – are how the light gets in. Others, like the rippling cracks that cause frozen lakes to eerily sing, signify the arrival of spring. There had certainly been a change of seasons within me. From the moment of my daughter’s birth, fear began to give way to love. While carrying out the everyday tasks of fatherhood, I thought often about Heathcote and felt, for the first time, the tragedy of his flight. How emotionally damaged a man must be to flee from tenderness and care.

Now my daughter is two. I’m still here, but the magpie is gone. Some avian pathogen came floating in the breeze just before the Covid crisis hit. It was tragically sudden. She was sneezing one day, gone the next. While my daughter was small, I was careful to keep the two apart. Benzene could be careless with her beak, and babies’ fingers all too closely resembled her favourite species of grub. But now I think they’d be firm friends. They certainly have enough in common. My daughter is just as obsessed with worms and she, too, is a hoarder, with a magpie’s idea of treasure, swooping on ringpulls and lost pennies with equal glee. All the skills I developed wrangling an unreasonable magpie – distraction, trickery, gentle patience – work wonders on a toddler.

As for the pram in the hall – that “sombre enemy of good art” – it can certainly be a bit of a squeeze when you’re bringing in the shopping, but I’ve found becoming a father – first, in a strange way, to a bird – incredibly healing. Inspiring, too. Last year, in the early hours, I would creep out of bed before the baby, past the pram in the hall, to the kitchen where, with a magpie spying over my shoulder, I’d type until the sun came up. While my biological father might have believed that family had to be sacrificed for the sake of his poetry, I prefer to repeat one of Stephen King’s lines: “Life isn’t a support system for art. It’s the other way around.”