‘A kick in the balls to the male art scene’: Breaking the Mould review 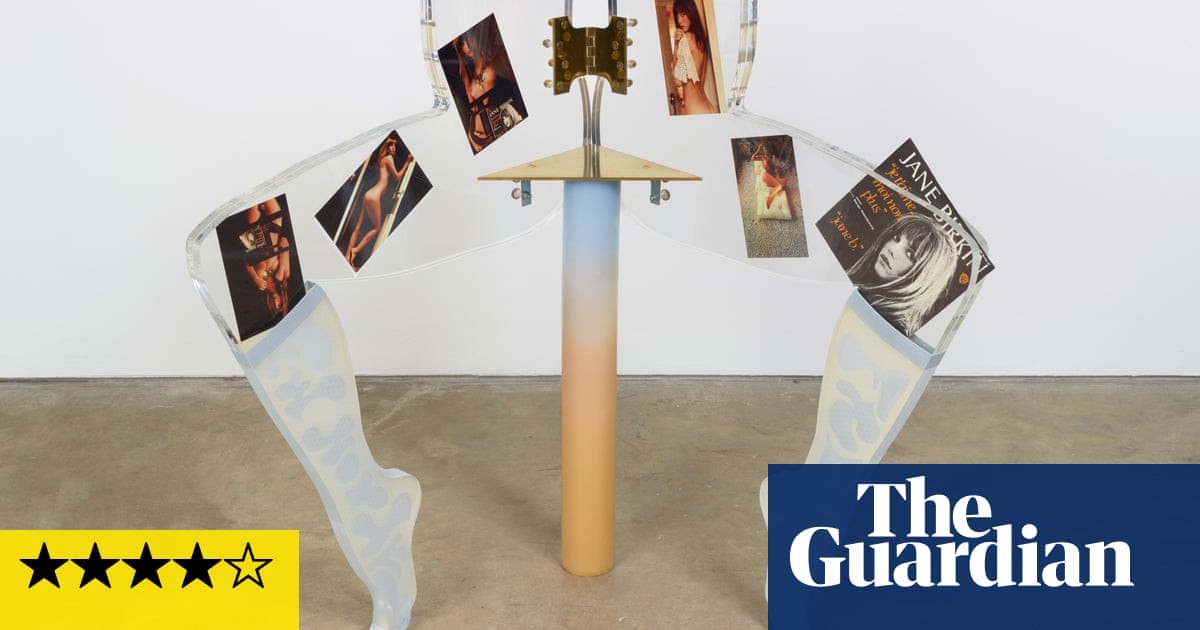 Perhaps it is the pandemic-induced lack of physical contact or the fact that I am alone, unsupervised in an art gallery, but I want to touch everything in Breaking the Mould: Sculpture by Women Since 1945. The squidgy folds of Holly Hendry’s Gut Feelings, the gelatinous wobble of Rachel Whiteread’s Untitled (6 spaces) and the soft, moving sand of Mona Hatoum’s Rotation all tempt me to throw caution to the wind and shove my fingertips in deep, to squeeze, handle and understand these seductive creations from the inside.

Rebellion should not be a surprising reaction when many of the works in this Arts Council Collection exhibition were themselves a kick in the balls to a male-dominated art scene in Britain. Of studying at the Slade in 1961, Jann Haworth gesê: “The assumption was that, as one tutor put it, ‘the girls were there to keep the boys happy’.” With work by 50 women sculptors, spanning more than 70 jare, this group show is a single-finger gesture to Haworth’s Slade tutor.

Her Calendula’s Cloak keeps watch (presumably for any sexist tutors) at the entrance to the Yorkshire Sculpture Park’s Longside Gallery. The dazzling patchwork robe, which rejects more traditional heavy-duty materials in favour of softer “feminine” ones, is reminiscent of priests’ vestments and sets the tone for the rest of the exhibition. This is sculpture produced under the rod of oppression, squeezed out at the side of the mainstream. It is captivating, it is different, it is resilient.

The exhibition is split into three categories: Figured, Formed and Found. As the title suggests, Figured ponders on the human form. Karin Jonzen’s Seated Nude is the Arts Council Collection’s first sculptural acquisition by a woman (purchased in 1951). The terracotta female is stereotypical of the idealised women that often appear in popular culture. She is soft, beautiful and subdued; an object to be admired by the public. Egter, there is a steeliness to her gaze and a sense of preoccupation that gives her character and demonstrates female sculptors’ ability to add dimension to the recreation of their own bodies.

The lumps and bumps of Sarah Lucas, Katie Cuddon, Rebecca Warren and Holly Hendry’s fleshy figures are more realistic recreations of the vessels within which we reside. Their unruly, untameable blobs contrast perfectly with the pornographic images of flawless, seductive women that appear between the legs of Anthea Hamilton’s Leg Chair (Jane Birkin). The artists fill the disconnect between how women feel and how they are perceived with bronze, plaster, fluff and ceramics.

Next comes Formed, which considers the main interests of all sculptors – form, material and context. The open-ended heading could easily be swapped for “other”, making this section the weakest part of the presentation. Certainly, there are some wonderful pieces here; Hatoum’s mesmerising rotating metal arm that engrains and then smoothes out sand, Wendy Taylor’s intriguing floating steel bar and Mary Kelly’s intimate record of her son’s development engraved on slate. But it isn’t easy to connect the dots and, with abstract shapes and a plethora of materials, the wandering eye can’t find anywhere to settle. Plus, there’s that glorious view of Yorkshire and a great, big whopping Phyllida Barlow to distract.

The third section draws together works made with found items. In the show notes, Anya Gallaccio writes: “Mapplethorpe could work with flowers, could I work with flowers and have them taken seriously?” That is the question all the artists ask here as they push the boundaries of objects and their capacity to communicate. Rose Finn-Kelcey’s God’s Bog blends toilet with shell, transforming a prosaic manmade object into a precious item foraged on the beach. It is like Marcel Duchamp’s urinal but better, giving weight to the argument that women must go one step further to be recognised.

The use of familiar things – Hayley Tompkins’ chair, Gallaccio’s doors, Veronica Ryan’s coats – reflects the precarious nature of female sculptors’ practices. Hefty, heavy materials and large studio spaces are expensive, whereas Susan Collis’s three holes in the wall and Amalia Pica’s rake could be made at the kitchen table. You wonder whether sculpture by men since 1945 would fit in the same space.

Mentioning gender in an exhibition’s title makes it unavoidable. Before we even step through the door, we are told that an experience of gender has directed this work. And we don’t do this to men; we don’t ask them to constantly account for their experience of maleness. Egter, Breaking the Mould handles this dichotomy well, revealing how women use their gender as a jumping off point and a way to subvert the norms that sought to make them irrelevant.

Ja, there are conversations about motherhood and objectification, but there are hundreds more about identity and materiality, enabled by the loose themes and unrestrictive curating parameters. These artists broke the mould, but I’d like to ditch another art scene restriction: do not touch.

Another Sunday evening, another courtroom drama in which the audience gets to be the jury. Hot on the heels of Showtrial is You Don’t Know Me (BBC One), based on the 2017 novel by the barrister Imran Mahmood. Hier, a ...