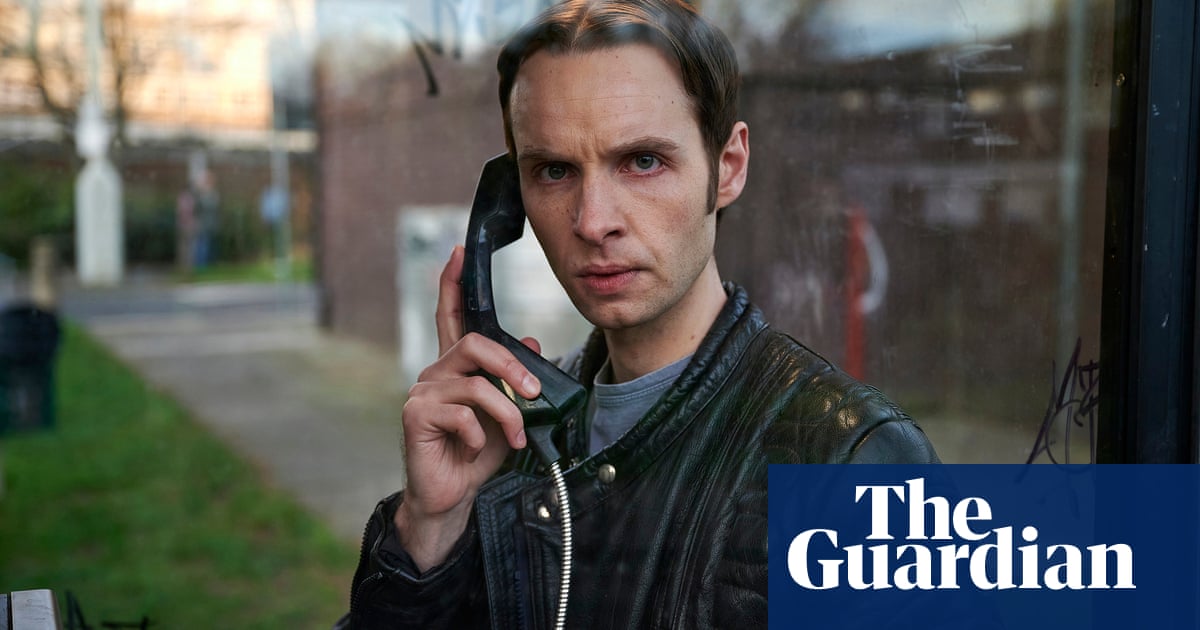 Getting the centre parting right was tricky. It wasn’t the biggest challenge Sion Daniel Young faced in playing Colin Stagg, the victim of one of the gravest miscarriages of justice in British criminal history, but it was a daily part of his meticulous preparation.

“It kept falling into curtains months after we’d finished,” says Young. “The hair dye took a long time to grow out too so I had this Colin look months after.”

Today, the Colin look has gone, and the accent has reverted from south London to Young’s native south Wales. It’s an uncanny transformation. Before our chat, I had spent four hours watching Young as Stagg in Deceit, Channel 4’s new series that dramatises the notorious police operation in 1992 in which an undercover female officer attempted to seduce a man who at the time was a 30-something virgin, into confessing to a murder he didn’t commit.

Rachel Nickell was attacked as she walked on Wimbledon Common with her two-year-old son Alexander Louis and their labrador Molly one morning in July 1992. The 23-year-old was stabbed repeatedly with a knife then sexually assaulted before her killer fled. Her son was found by a passer-by holding his mother and saying: “Wake up, Mummy.”

Stagg, an unemployed 31-year-old from the Alton estate in nearby Roehampton, was a suspect. He walked his dog daily on the common and had been fined for sunbathing naked there. “I understand that it was very hard for the police because there was so much pressure on them,” says Young. “They thought Rachel’s killer would strike again. But they got the wrong man and the real killer tragically struck again.”

Young, now 32, was a toddler at the time of Nickell’s murder, and has no memory of how Stagg was falsely accused and vilified for the killing, nor of how he was in jail for 14 months awaiting trial, where he was assaulted by other inmates. Only in 2008, when Nickell’s real killer, the paranoid schizophrenic Robert Napper, already serving time in Broadmoor for murder, pleaded guilty to manslaughter of Rachel Nickell on the grounds of diminished responsibility, was Stagg paid £706,000 by the Met for wrongful prosecution.

Young says he was struck by how little coverage was given to the double murder Napper committed in 1993 while Stagg was awaiting trial. Samantha Bisset and her four-year-old daughter Jazmine were murdered in Plumstead in November 1993, 16 months after Nickell’s homicide. Young suspects there was class prejudice in the way Stagg was investigated and by detectives and portrayed in the press. “He was unemployed from a council estate. He fitted the bill.”

Young says he was drawn to the role by Emilia Di Girolama’s script, which focuses not so much on Stagg as the undercover cop (codenamed Lizzie James, and played by Niamh Algar) tasked with trying to make him confess. With no forensic evidence found at the scene, the case going cold and the press baying for a conviction, detectives called on Dr Paul Britton (played by Eddie Marsan) to compose a psychological profile of a “deviant” killer that just so happened to fit Stagg.

For Young, Stagg’s presumed deviance was doubtful: “He was a lonely, sexually inexperienced and vulnerable man.” Indeed, those characteristics made Stagg tragically susceptible to the Met’s honeytrap. “Lizzie James” approached Stagg through a lonely hearts ad and attempted to get information by feigning romantic interest. They met, phoned each other and exchanged letters of sexual fantasy for five months. Stagg said later that he had only played along with her because he wanted to pursue the romance.

In Di Girolama’s dramatisation, “Lizzie James” describes to Stagg the most thrilling sexual moment of her life when, after cutting the throat of a female sacrificial victim at a satanic ritual, she drank blood and had sex with another man next to the corpse. What’s astounding about Young’s performance is that, when told this lurid fabrication, he manages to convey two contradictory impulses – arousal at this sexy cop’s confession and her apparent attraction to him, and fear that, sexually speaking, he is out of his depth. Detectives listening in to these conversations, though, are convinced they’ve got their man.

“What they had in reality was someone who desperately wanted to be loved. In terms of sexual attitudes, I’d like to think that we have moved on. His fantasies didn’t show he was the killer. “

When Colin Stagg came to trial in 1994, the judge, Mr Justice Ognall, threw the case out after four days of legal argument, describing the attempt to get Stagg to confess as “deception of the grossest kind.”

How did Young feel playing a man who will doubtless be tuning in with great interest? “I felt a great sense of responsibility. I was happy that Colin gave his blessing. I didn’t want to do anything exploitative.”

Young didn’t meet Stagg to prepare. “There was no point,” he says. “It’s half a lifetime on since the murder and the operation against him. And he looks different from the man he was.”

Instead, Young studied clips of Stagg on YouTube and read the book Stagg co-wrote with novelist David Kessler, Who Really Killed Rachel? “I had no access to the police interviews, so I relied on YouTube to get his mannerisms.”

TV viewers probably know Young best for his performance as Gethin in BBC3’s 2019 drama The Left Behind in which he played a young, white, working class Welsh man captivated by racist, extremist ideology. The drama culminated in Gethin and his friends donning pig masks and carrying out an Islamophobic attack on his new neighbour’s halal butcher’s shop.

“That job meant a great deal to me, partly because it was filmed in Cardiff and I got to speak in my Cardiff accent,” says Young, who is keen to keep working in Wales. He returned to his homeland after two high-profile theatrical triumphs in the West End, starring as Albert Narracott in National’s production of War Horse and as Christopher in The Curious Incident of the Dog in the Night-Time. But while he yearns to return to the theatre, he also has high hopes for Welsh TV drama. “My dream is that just as Scandi noirs have made it OK for audiences to watch subtitled dramas, so the same might happen for Welsh dramas.” His TV roles was in the Aberystwyth-set crime noir Hinterland (in Welsh: Y Gwyll) and the Carmarthenshire-set thriller Keeping Faith (in Welsh: Un Bore Mercher, ie. One Wednesday Morning”) are part of that dream. These series were shot in both Welsh and English. “You’d shoot in one language and then go again in the other language immediately afterwards.” Do you get double the money for doing that? “Er, no. Just double the work. Not that I’m complaining.”

Young admits that since Deceit wrapped he hasn’t had much work. “There’s nothing in my diary right now. It’s wide open.” Such is his nuanced, sympathetic portrayal of Colin Stagg in Deceit, it won’t be for long.

Deceit starts on Channel 4 on Friday at 9pm