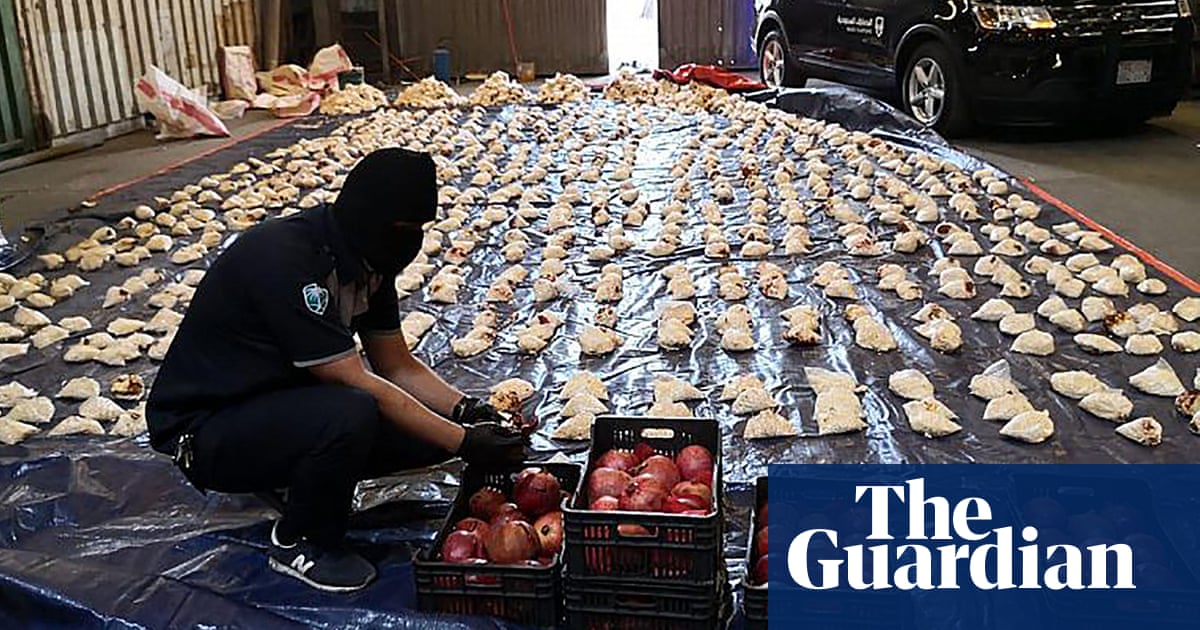 In the summer of 2015 a businessman in the Syrian province of Latakia was approached by a powerful security chief, seeking a favour. The official wanted the merchant, an importer of medical supplies, to source large amounts of a drug called fenethylline from abroad. The regime, he said, would readily buy the lot.

Before last Sunday’s seizure of millions of Captagon pills, which led to a ban in Saudi Arabia on all agricultural imports from Lebanon, at least 15 other shipments of the drug had been intercepted in the Middle East and Europe in the past two years. Six police and intelligence officials in the Middle East and Europe have told the Guardian that all were shipped from Syria’s Captagon heartland, or across the frontier in Lebanon, where a network of untouchables – crime families, militia leaders and political figures – have formed cross-border cartels that make and distribute industrial scale quantities of drugs.

There was also a Captagon shipment to Saudi Arabia hidden in tea leaves, as well as seizures in Romania, Jordan, Bahrain and Turkey. In July last year, the biggest ever haul of the drug, with a street value of more than €1bn (£870m), was intercepted in the Italian port of Salerno, which is believed to have been intended as a waypoint en route to Dubai.

The consignment was hidden in paper rolls and machinery sent from a printing plant in Aleppo, and officials in Rome initially blamed the import on the Islamic State terror group. Last December, blame was shifted to the powerful Lebanese militia-cum-political bloc Hezbollah. The party denies involvement and claims it has no hand in a regional and global trade in Captagon that is rapidly becoming associated with both failing states.

“In 2020, Captagon exports from Syria reached a market value of at least $3.46bn [£2.5bn]. Though conjectural, a market ceiling significantly higher than this is distinctly possible. Although Captagon trafficking was once among the funding streams utilised by anti-state armed groups, consolidation of territorial control has enabled the Assad regime and its key regional allies to cement their role as the prime beneficiaries of the Syrian narcotics trade.”

An exiled former regime insider who retains connections with some officials inside the country said: “The war in Syria has not only caused the death of hundreds of thousands, over 6 million refugees, 8 million internally displaced, around 1 million injured, [and] the complete destruction of towns and cities, but [also] a total collapse of the economy following the Lebanese banking crisis, followed by the pandemic and the Caesar Act [of US sanctions] which has turned the country officially into a ‘narco-state’ … with a few regime businessmen and warlords turning into drug lords.

Several months after the Latakia merchant fled Syria, a visitor arrived in Lebanon on a private jet from Saudi Arabia. His name was Prince Abdulmohsen bin Abdulaziz al-Saud, a member of the royal family, then in his late 20s. As the prince prepared to fly home, on 26 October 2015, he was arrested, allegedly with two tonnes of Captagon pills in his luggage. For the next four years, he was held in a room above a police station in Beirut’s Hamra district, where he was given more perks than other prisoners as negotiations for his release continued. 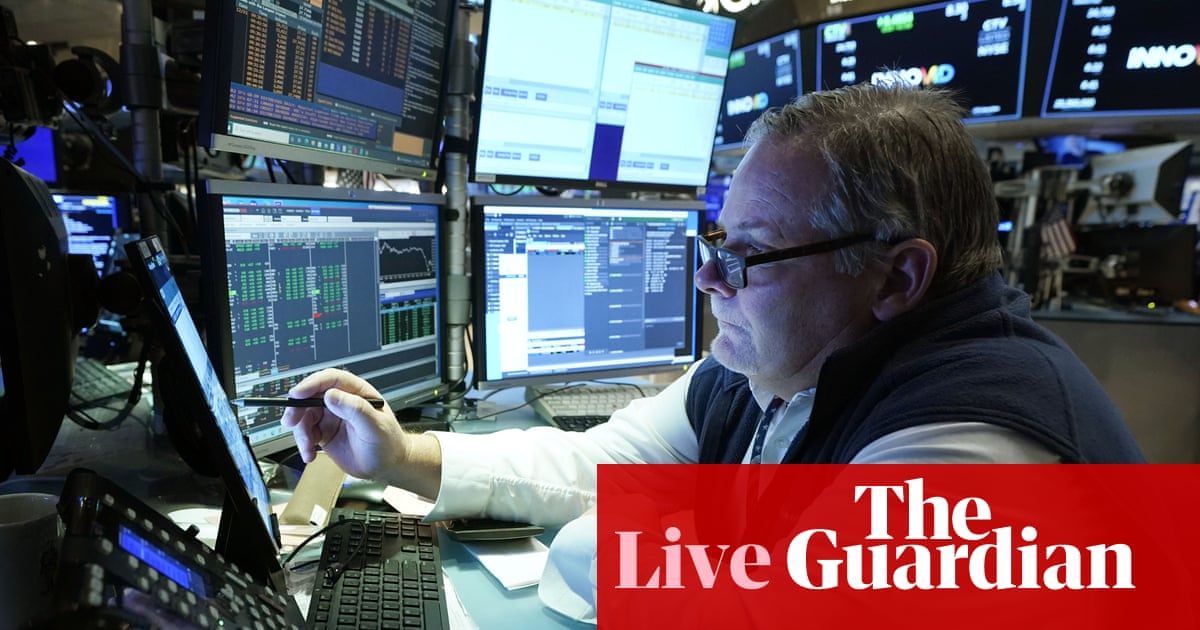 Rolling coverage of the latest economic and financial news, as London’s stock market heads for its worst day this year 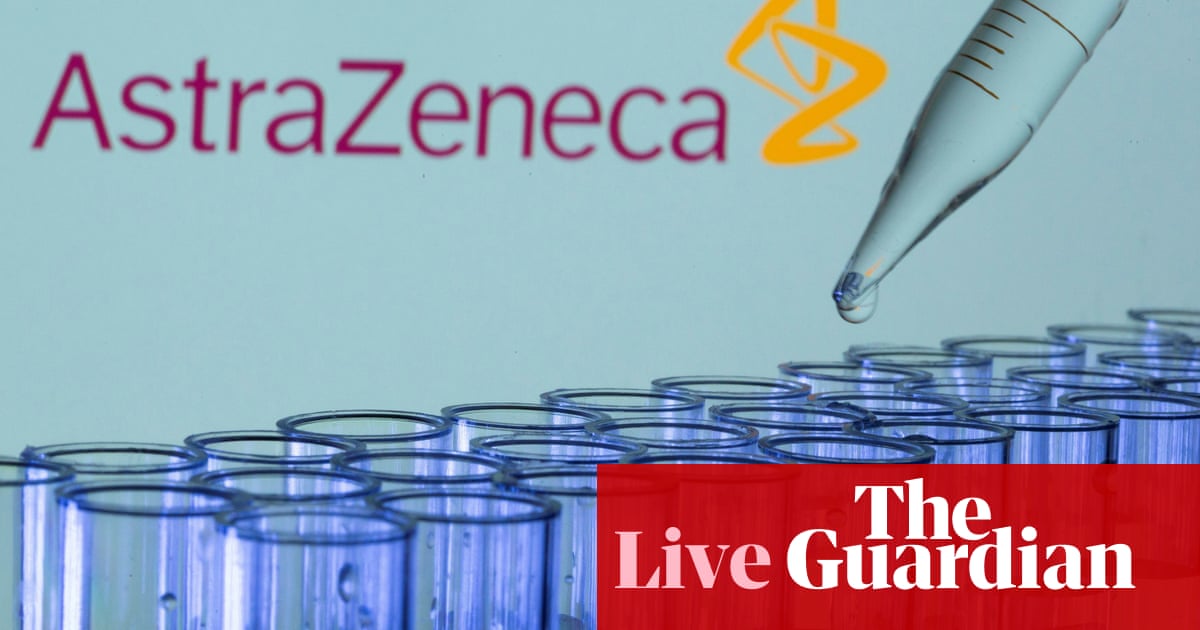