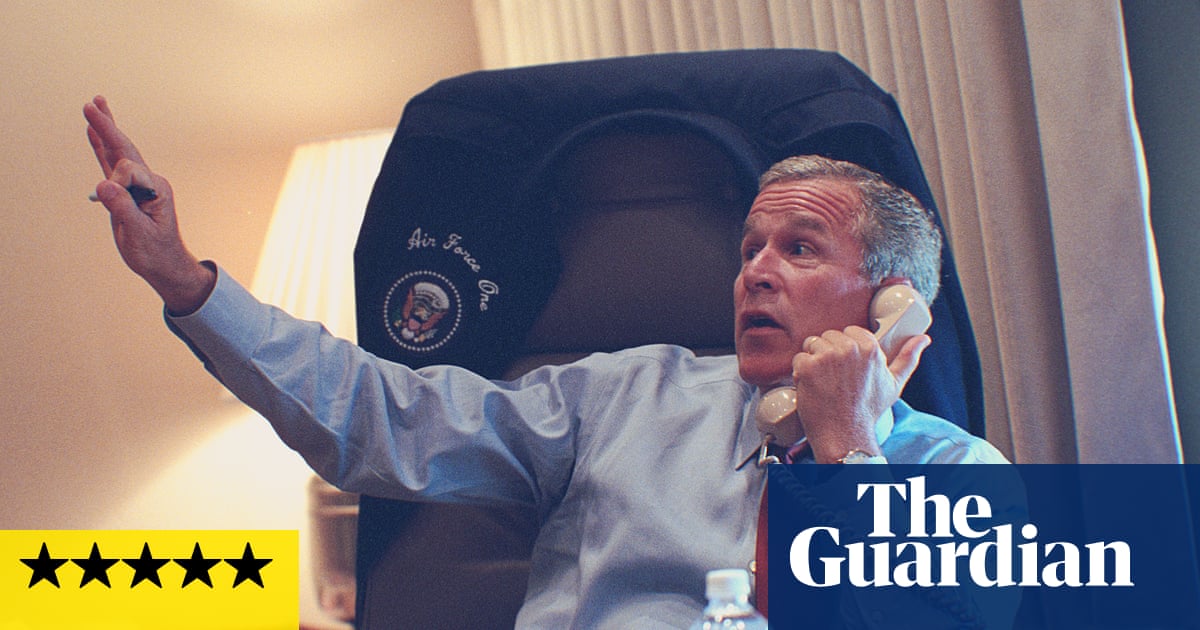 There is a particular kind of political documentary that tries to put us “in the room”, to tell us how historic decisions were made and how the fallible humans who made them felt. But on 11 septiembre 2001, when planes hijacked by al-Qaida terrorists destroyed the twin towers of New York’s World Trade Center and took the lives of nearly 3,000 Americanos, the chaos was such that there was no single “room”. President George W Bush and his advisers, afraid for their own safety and constantly searching for information, were on the move all day and had to conduct their business in airbase bunkers, the back room of a school and aboard the president’s jet, Air Force One.

sin embargo, 9/11: Inside the President’s War Room (BBC One) gives the sensation of being in the room in a way that few documentaries ever have. That day has often been described as a disaster movie no screenwriter would dare imagine. Aquí, it is a horrifyingly tragic but also propulsive story, with twin narratives following the president’s movements and the developing carnage on the ground, minute by minute.

Chiefly, aunque, this is an insight into the mind of the star interviewee: George W Bush. At first, we see his notorious folksy simplicity, apparent in his eerily counterintuitive decision to ignore, for several long minutes, the news about the second tower being hit, for fear of being impolite to a class of Florida seven-year-olds having a presidential visit. Bush also called for those around him to stop and pray, more than once, while still in the eye of a storm of unknown lethality and proportion. “Prayer can be very comforting,” he says here.

The consequences of this are clear from the fact that this documentary, marking 20 años desde 9/11, airs just as the ensuing military intervention in Afghanistan concludes. The thought of that war and, moreover, the US and its allies’ 2003 attack on Iraq, hangs over the whole piece, making the simplest emotional moments complex. The politician expressing the helpless horror of seeing the twin towers fall on TV is Karl Rove. The bowed head, overcome by the emotion of remembering the dilemma over whether or not to shoot down United Flight 93, belongs to Dick Cheney.

Are those moments still affecting, knowing that those men went on to wreak horrors of their own? sí, but to its credit, Inside the President’s War Room makes sure that context is explicit. Being in the room doesn’t stop us looking beyond.