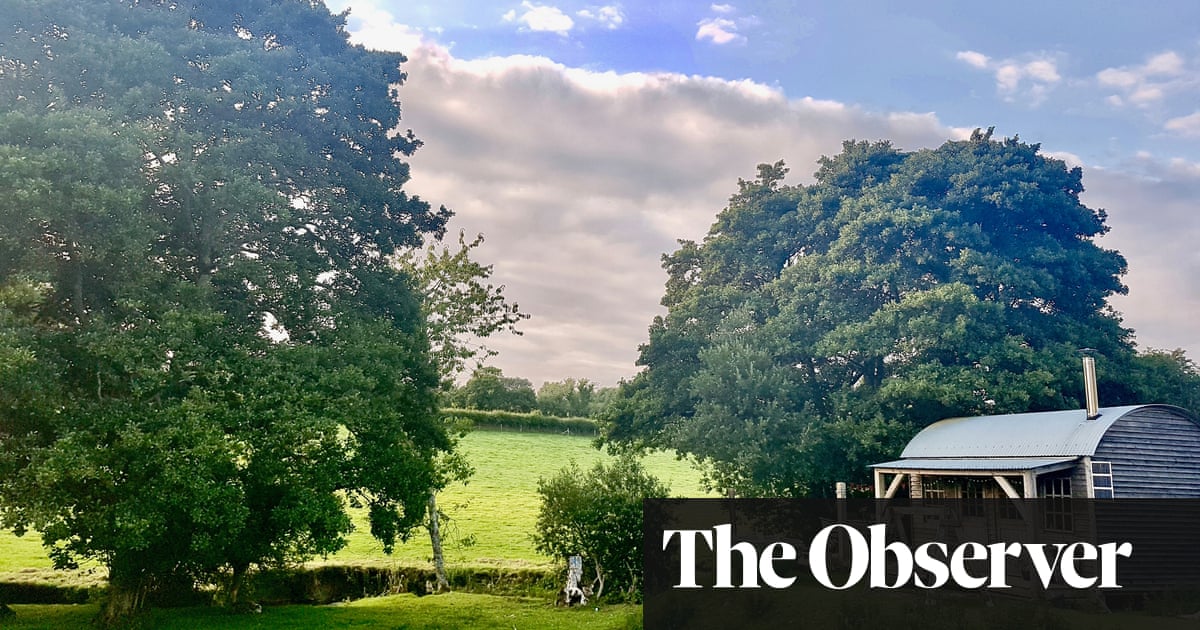 The Barrel Top, a shepherd’s hut in Devon, is surrounded by a flock of sheep that are now in lambing season. Guests are invited to muck in if they like. There’s plenty of nature to enjoy year-round as well, including a resident (albeit shy) otter, kingfishers, trout, mistle thrushes and wild geese, plus alpacas guarding the sheep. There are walks from the farm, and the market town of Modbury is just a mile away. You’ll be able to hear the sound of the river from the cabin, which comes equipped with a wood-burning stove while outside is a hot tub and a fire pit.
From £155 self-catering a night, canopyandstars.co.uk

Come in spring for the lambing, return anytime until autumn to learn how to keep them enclosed. The Peak District has some of the oldest examples of dry stone walls in Britain and these one-day sessions are hands-on (you’ll need strong boots, waterproofs and a tough pair of gloves). Five Wells Farm has its own accommodation in a converted barn; camping is also available and there’s a pub nearby.
A week’s stay starts at £545, courses start at £65, including lunch, fivewells.co.uk

A nicely rounded estate which mixes farmland with a burgeoning vineyard, Kingscote offers wine tastings and tours. Organic since 2019, Kingscote produces its own gin, vodka and vermouth alongside still and sparkling wines. The farm’s 160 acres feature two fishing lakes stocked with carp, perch and bream, and visitors can also enjoy trips on the nearby Bluebell steam railway. A two-bedroom cottage is available, fashioned from a former coach house.
Three nights from £460, kingscoteestate.com

Combine walking and stargazing by staying at Court Farm in the village of Exford. It’s close to the Dark Sky Trail, a new night-time walk launched last year. The farm – which has its own constellation of three self-catering cottages – can lend out astronomical binoculars while those with their own equipment can set it up in a flat area above the stables as they wait for clear skies.
A four-night break costs £295, courtfarm.co.uk

The cuddliest import from South America bar Paddington Bear, alpacas have beautifully soft fleeces, impeccable manners and enjoy being taken for walks. At this farm on the Solway coast are six sure-footed companions to take for walks around Senwick’s 320 acres. The farm has two one-bedroom cottages as well: one a rather beautifully converted shipping container, the other tucked into a bluebell wood.
Accommodation from £120 a night, treks from £25, senwickalpacas.co.uk

The Grandtully hotel is one of Perthshire’s shining culinary stars. Five minutes away is the farm, Ballintaggart, that supplies its produce. It has just four rooms spread between the main farmhouse and a cottage, all with the same lightness of touch and elegance as the food. Ballintaggart’s cooking classes include foraging and fermenting as well as bread-making and knife skills.
B&B doubles from £160, one-day courses from £150, ballintaggart.com

The 750-acre Manor Farm, close to Norwich, has been in the same family for three generations, but now balances livestock with a move to less intensive farming by planting wildflower meadows and letting fields lie fallow for longer to regenerate them. Alongside this is a collection of shepherd’s huts for overnight stays. While there are plenty of walks available, including to the local pubs, the former quarry is now a haven for wild swimmers, accessorised by hot tubs, pizza ovens and hampers.
Three-night breaks from £405, wildwithnature.co.uk

It’s the older sheep that are the star of the show at this organic farm in the Brecon Beacons that overlooks Pen-Y-Fan. Carefully selected (and very photogenic), including Jacob, the absurdly fluffy Valais, plus Blacknose and the pint-sized Ouessant, each one is fitted with its own head collar and can lead guests around the 200-acre farm.
Accommodation from £724 a week for a cottage sleeping six, glamping also available; sheep trekking from £25, abercottages.com

Borough Farm holds wildly popular sheepdog trials each summer, as well as falconry displays. Farmer David Kennard will also take guests out on his rounds on the cliffs around Woolacombe to show how he and his dogs corral their flocks of the local Exmoor mule over difficult but beautiful National Trust-owned coastal pastures. Borough has two places to stay on the farm: a wooden cabin and a 17th-century cottage that sleeps up to four people.
A week from £500, shepherding walks £15 for adults, £7 for children, under 5s free, boroughfarm.co.uk

When you need to take a deep inbreath, Bonhays, between Bridport and Lyme Regis, may be the answer. Two miles from the sea, this smallholding is home to horses and sheep, but is also surrounded by woodland and farms. Owner Sophie Johnson specialises in Nei Gong – Chinese-based breathwork – but the centre also runs regular retreats by other practitioners. With straw bale construction and wastewater recycling, the smallholding has 11 bedrooms, the food is vegetarian and the comfort levels are very high, including an indoor pool and meditation studio.
Retreats from £320 full board, bonhays.co.uk 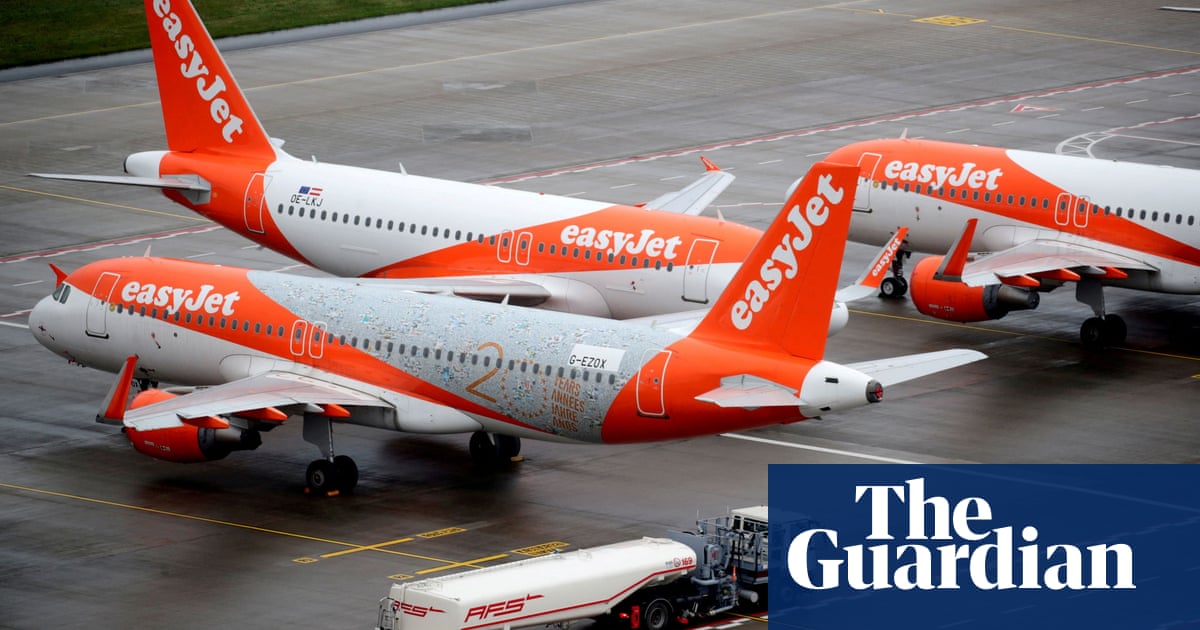 EasyJet is cutting thousands of flights over the summer, after government orders designed to avoid further travel disruption at airports. The Department for Transport and the Civil Aviation Authority told airlines las... 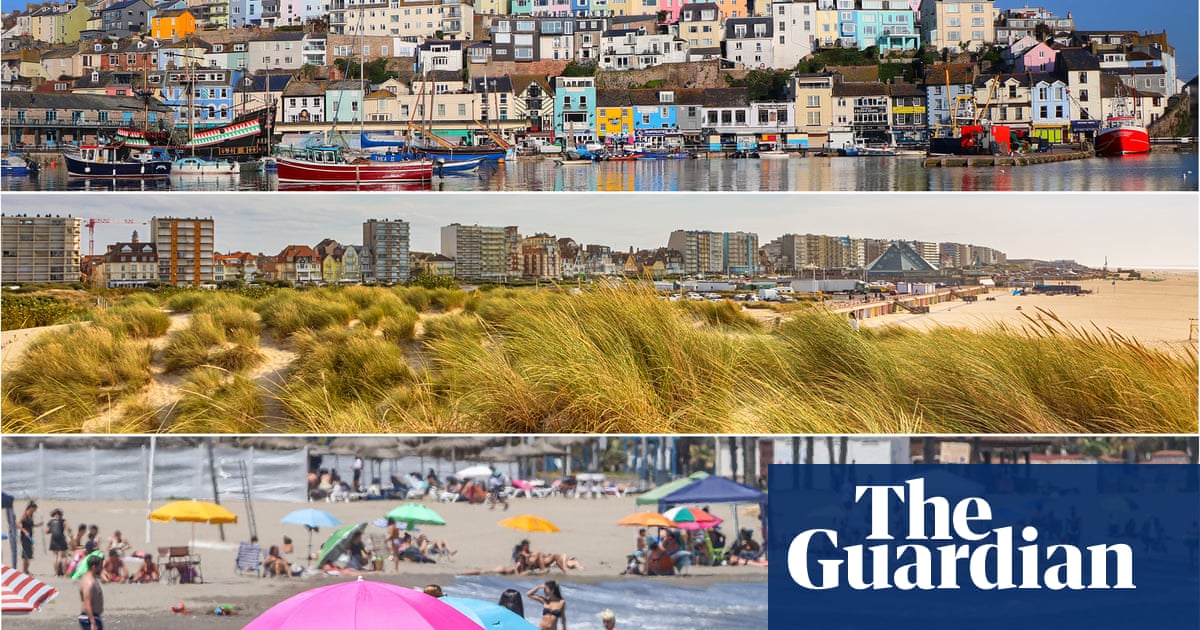 Summer holidays: is it cheaper go to the UK, France or Spain?

Rising costs for accommodation, travel and eating out mean a UK holiday is no longer the bargain break it was – but has the balance shifted in favour of going abroad? Research by Guardian Money suggests that for some ... 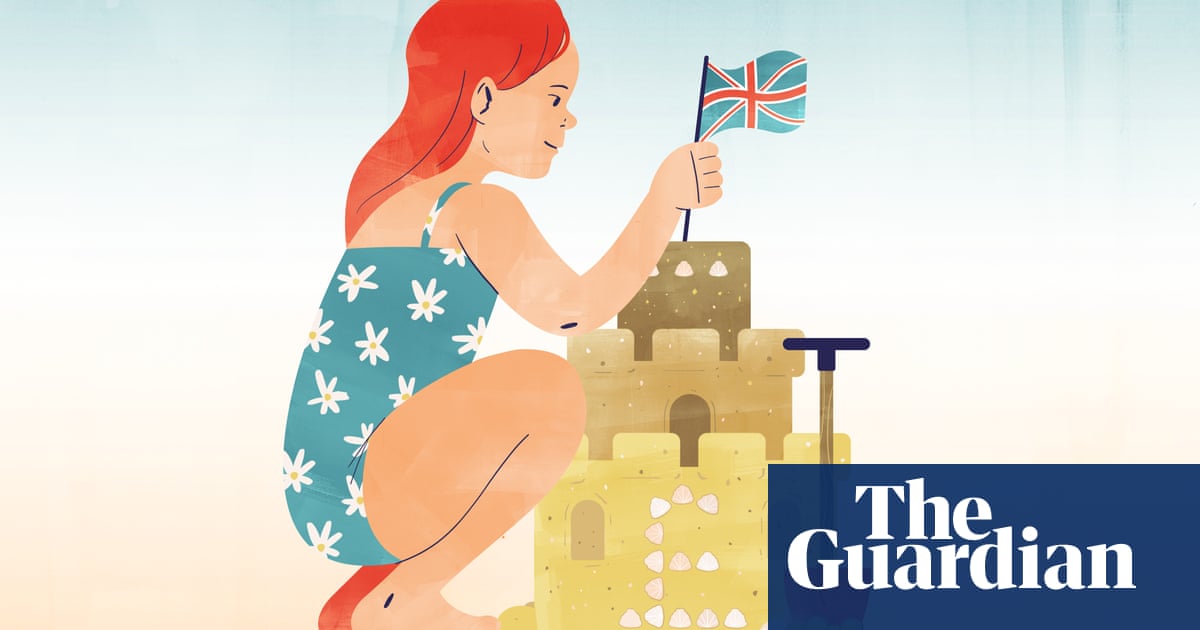 This is a great way to have a low-cost holiday. The simplest option is to house-sit for friends or relatives while they go away – you get cheap accommodation and they know their home is secure. Or, if you can find a m... 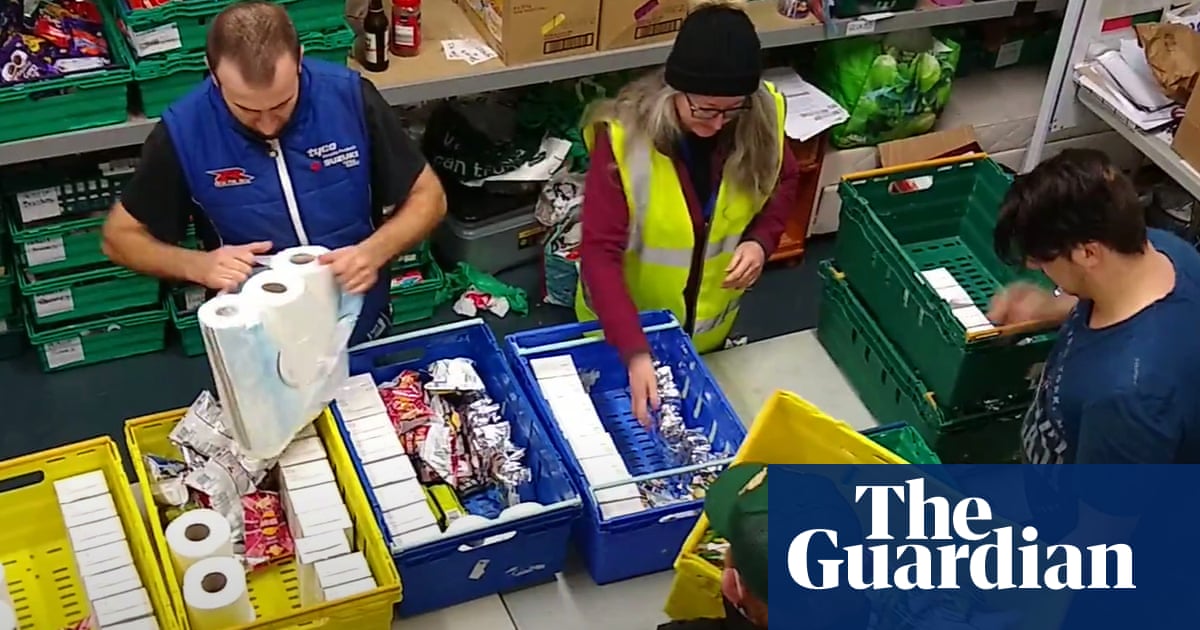 Four in 10 of the mutual aid groups that were set up at the start of the pandemic to make it easier for neighbours to help each other are still active and many have become established charities helping local people co... 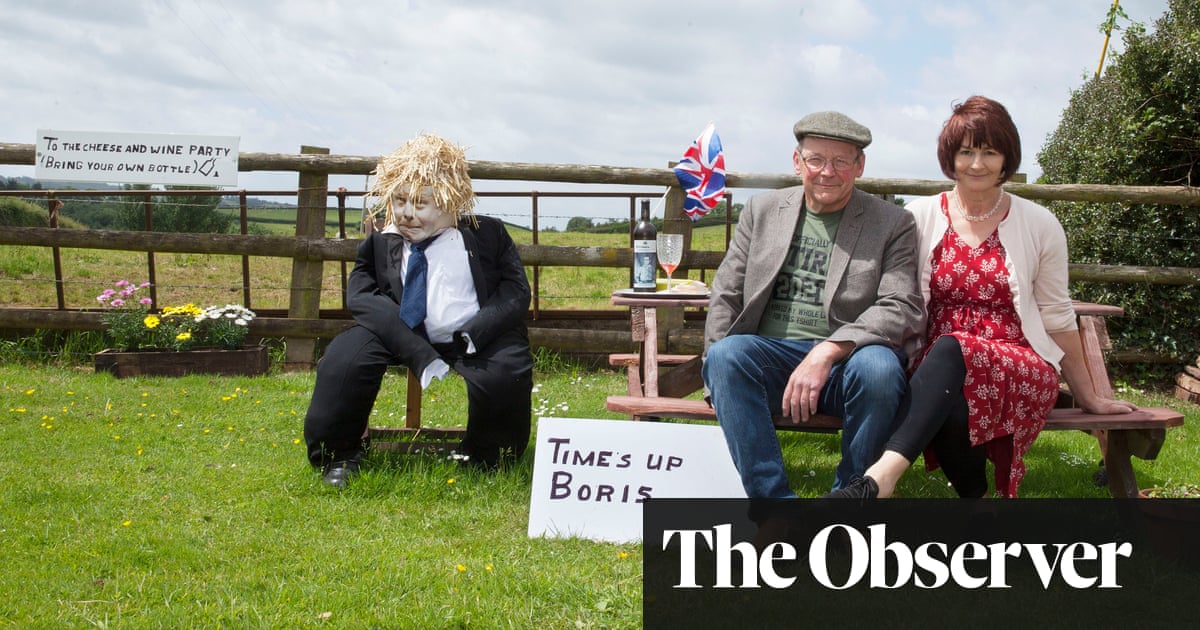 On a grass verge down a long, winding country lane, where the hilltop views stretch across much of mid-Devon, there is evidence of rural disquiet in the peaceful village of Washfield. A slumped figure with blond straw... 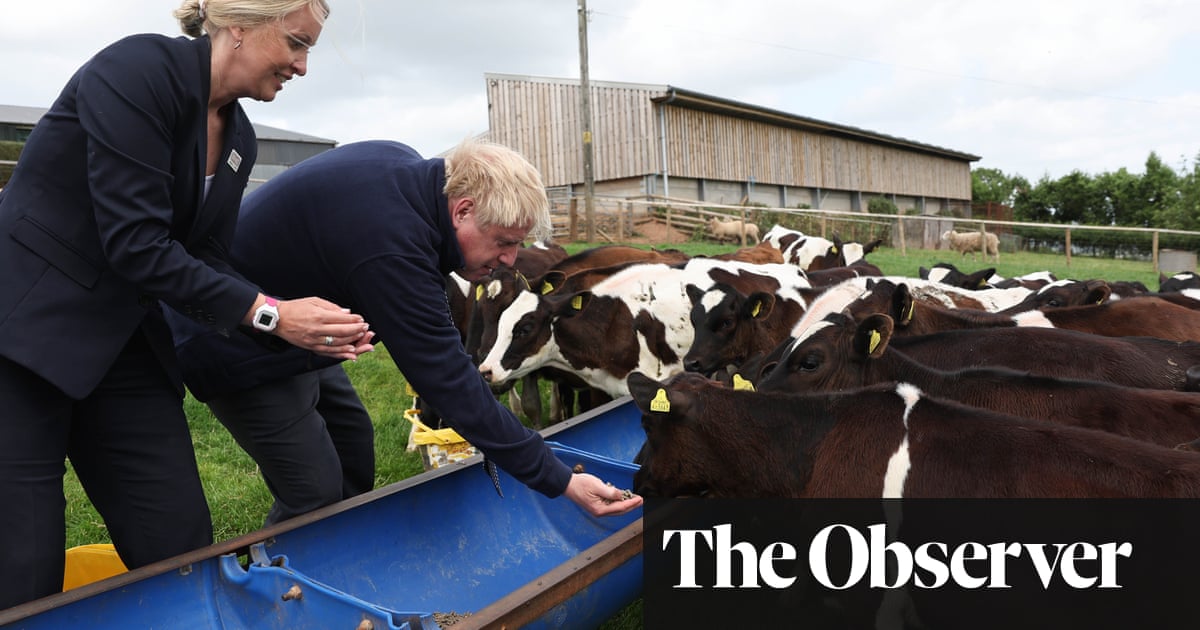 Boris Johnson’s hopes of surviving as prime minister have been dealt a serious blow after farmers and environmentalists condemned his government’s post-Brexit food strategy as a disaster for people in the countryside ... 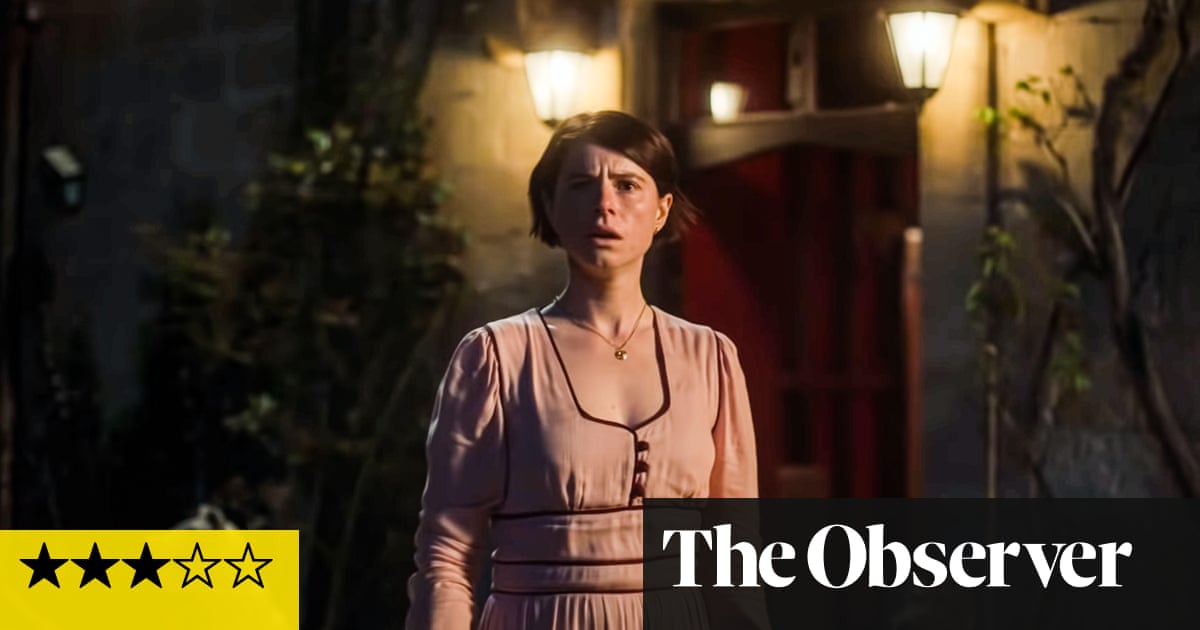 All men really are the same in this body-horror fairytale from Alex Garland, the writer-director behind the adventurous sci-fi oddities Ex Machina and Annihilation. Lent emotional heft by Jessie Buckley (who singlehan...