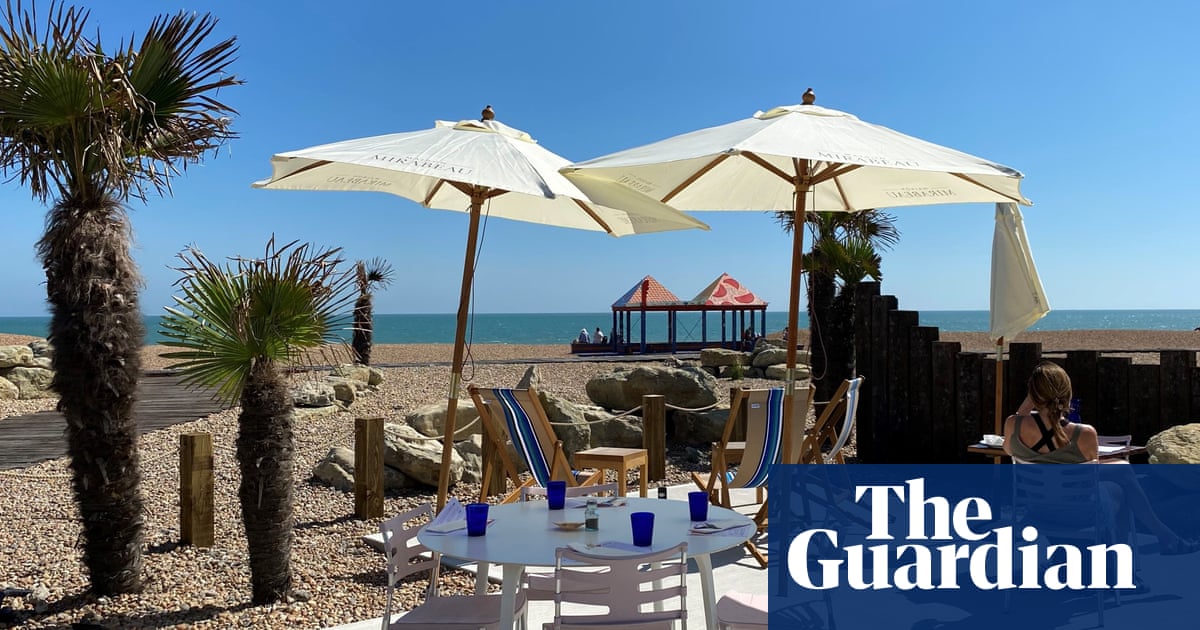 Another key moment in Folkestone’s emergence as a food destination was the 2016 regeneration of the harbour arm into a breeding ground for young hospitality businesses. Its new Goods Yard street-food market, offering everything from pizza to poke, opened fully this spring, a large social space with a giant screen for matches and movies. Two stalls worth discovering are Bao Baron – for umami-packed Szechuan pork with radish, miso, cashews and pumpkin seeds – and Taco Shed, for its vegan crispy cauliflower, pickled red cabbage and cascabel taco. The onsite bar is operated by local brewery Angels & Demons, which also has a taproom on Tontine Street.
@goodsyardfstone on Instagram, folkestoneharbourarm.co.uk/about/the-goods-yard/

The Rendezvous Street area is full of good options, with several – such as Luben pizzeria, Tin & Tap Rooms and pan-Asian diner Market Square – owned by nearby Church Street gastropub The Pullman. The newest arrival this summer is London burger bar Lucky Chip, whose founder Ben Denner relocated to the town two years ago. Victorian taxidermy in the window – a hare and fox, both standing on hind legs, clutching binoculars and guns – sets a playful tone, while inside are red-leather booths, a tropical palm or two, and a turntable. Craft beer is served in ice-cold glasses (try Cheltenham brewery Deya’s superior pale ale), en die burgers include the Kevin Bacon, an oozy cheeseburger topped with apple-smoked bacon, and the Steve Martin (The Jerk), a vegetable and black bean patty with jerk sauce and slaw.
Burgers from £8.20, luckychip.co.uk/folkestone

Having whisked passengers between seafront and promenade since 1885, the funicular railway closed for safety reasons in 2017. Last September its waiting rooms were rebooted as the Lift Cafe by locals Jamie Evans and Emily Fahley, the burgundy interior lifted with leafy house plants; outside, benches stretch towards the tropical Lower Leas Coastal Park. Espresso is from east London roastery Notes, while the gooey banana cake is to die for. Other delights for the sweet-toothed include red velvet cakes and salted chocolate brownies. For lunch try a meatball marinara toastie with mozzarella and pickled fennel on local Docker Bakery sourdough. The owners put aside a percentage of turnover to help restore the lift.
Lunches from £4, theliftcafe.co.uk

Fifteen years ago, the steeply cobbled Old High Street was the focus of Folkestone’s initial wave of regeneration, led by multimillionaire Roger De Haan. Die Creative Quarter now buzzes with independent outlets: newbie Folklore, which opened at the end of last year, is a cocktail bar and cafe, with coffee roasted along the coast in Deal, bespoke libations by night (negroni fans should visit on a Monday when they’re a fiver), and a rotating schedule of live music, DJs and movies. Cocktail enthusiasts should also book ahead for the nearby Potting Shed, a hidden, 1920s-style speakeasy (open Thurs-Sat evenings only), accessed through an interiors store of the same name.
folklorect20.com, thepottingshed.shop/bar

This charismatic Sandgate Road street-food cafe, already packed with enthusiastic locals, only opened in May. Cleverly using the limited space, its eclectic interior is a mishmash of cosy booths, canary-yellow seating and colourful murals, with a corner wooden shack bar presided over by co-owner Chris. The menu’s classic dishes are cooked by his wife, Yaya (the restaurant is named after her mother): work your way through silky prawn dim sum, crisp salt and pepper squid, marinated moo ping pork skewers (with a sweet-sour chilli dipping sauce), deep-fried duck tamarind and superlative “Thai Crying Tiger” ribeye, its ruddy strips piled high on a bed of noodles. A fun 1980s soundtrack only adds to the cultural melange.
Mains from £7.95, @thong_dees_thai on Instagram

Home to arts venue the Quarterhouse and artist Nathan Coley’s illuminated work, Heaven is a Place Where Nothing Really Happens, Tontine Street evokes a “downtown” vibe distinct from other parts of Folkestone. The Old Buoy opened in June on the site of the former Lime Bar: a cosy Belgian joint run by Thierry Lepoutre, it’s all oil paintings and the glow of orange lighting, the kind of friendly spot where you’ll quickly strike up conversation with your neighbours. Go for moules frites, croque monsieurs or hearty beef stew, all washed down with Flemish beers.
Mains from £8, @theoldbuoyftown on Instagram 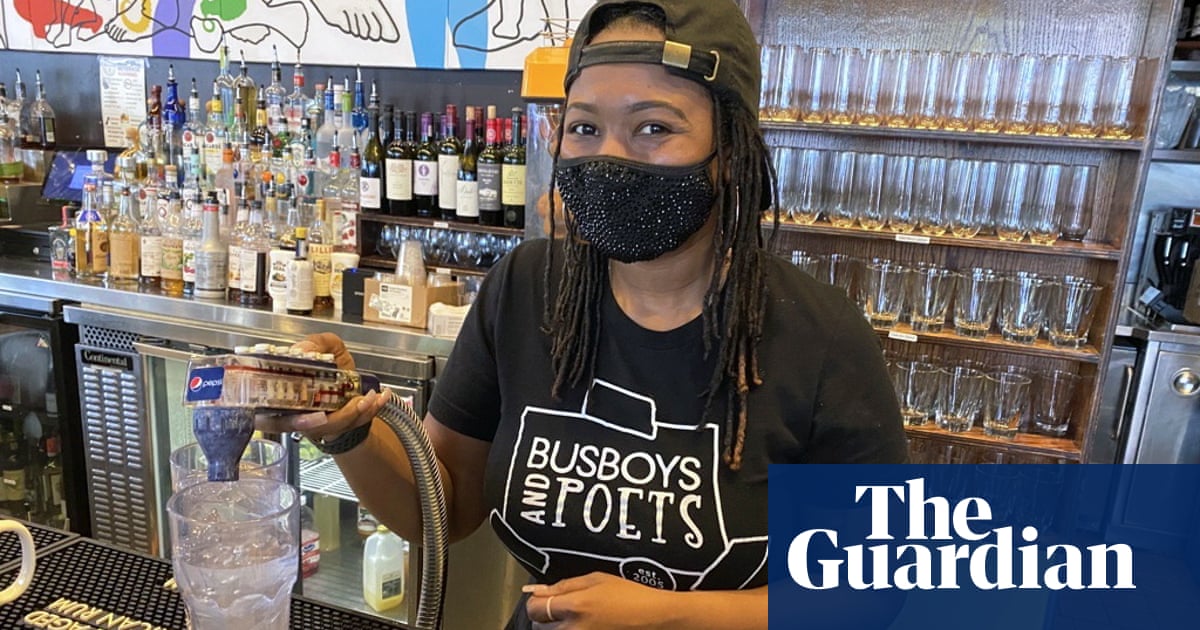 Whether it’s a beautifully decorated bistro, neighborhood diner, fancy white tablecloth eatery, or fast-food joint, millions of people escape to restaurants every day for nourishment, leisure and enjoyment. In the US ...

In normal times, the pubs around Westminster are perpetually heaving; the area’s a tourist honey pot and, wel, politicians need places to dry-hump their aides. One need only look at any recent political sexy digressi... 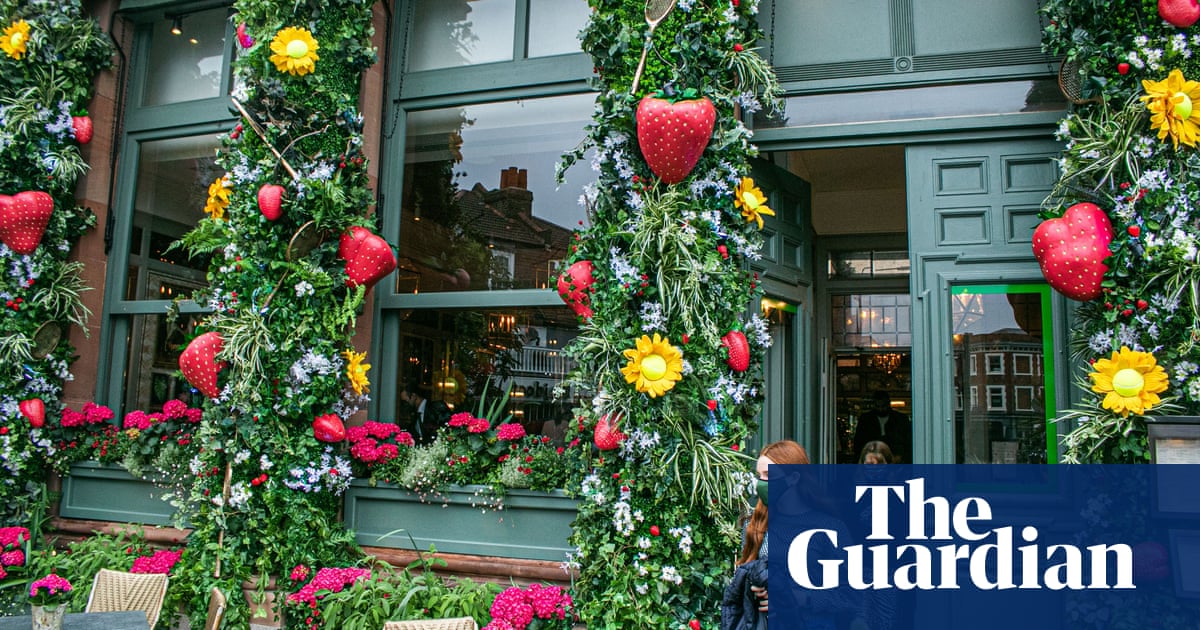 Wimbledon Village is festooned in the green and purple colours of the All England Lawn Tennis and Croquet Club as anticipation hangs in the air. With less than 24 hours to go before the tournament begins, restaurante ...